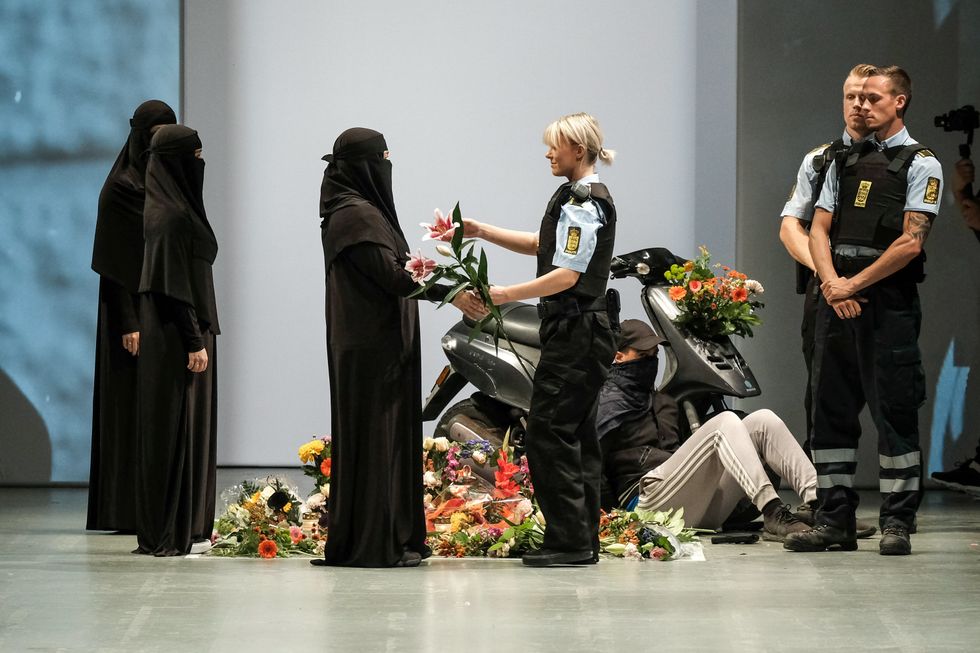 Earlier this month, legislators in Denmark enacted a ban on wearing "face veils" in public, aka burqas and niqabs. One woman has already been charged and fined after an altercation with the police, and there have been widespread protests in response — including one at Copenhagen Fashion Week, where Iranian-born designer Reza Etamadi of MUF10 used the runway to take a stand against the law.

"No man should be the judge of what a woman chooses to wear," he said in a statement. "We should not sanction a woman who neither threatens nor inflicts damage on others simply because of her garments."

The MUF10 collection featured sweatshirts with Arabic slogans, and hijabi models walked the show. At the end of the presentation, women in niqabs gave flowers to a group of white models dressed as the police.

"In Iran, where I was born, women are fighting for the right to choose what to wear," said Etamadi. "They are fighting for freedom with their lives on the line because, what we see as a basic human right, society and politicians view as a reactionary movement that threatens their beliefs."