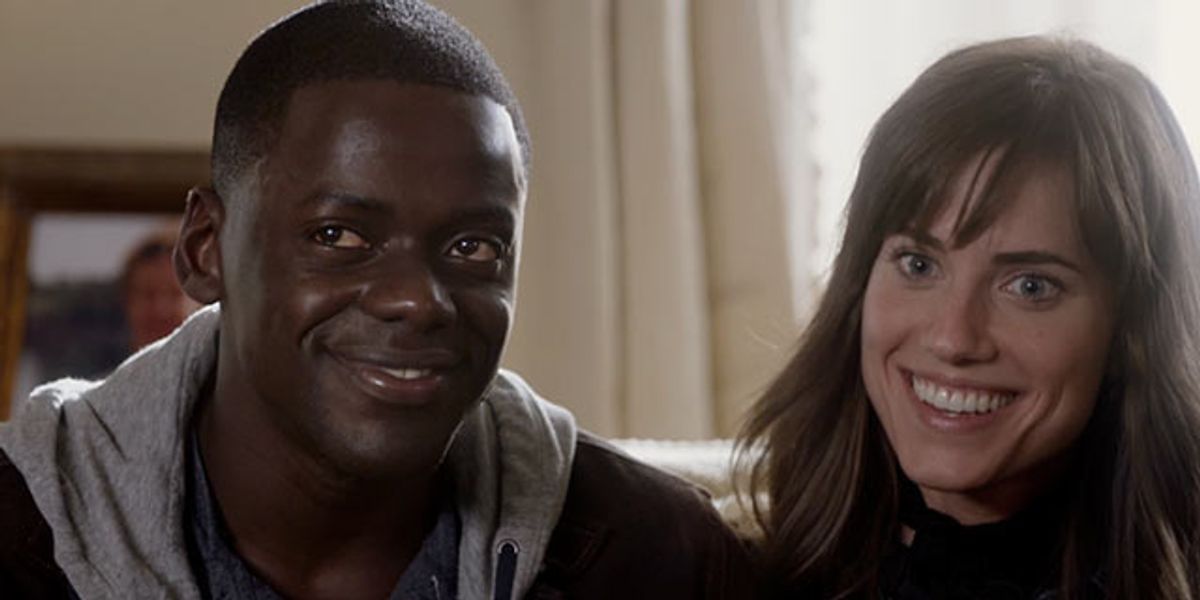 UPDATED: Fans Are Upset That "Get Out" Will Compete as a Comedy at the Golden Globes

Get Out director Jordan Peele has spoken out about the film competing in the comedy category for the Golden Globes, despite widely being considered a horror film or at least psychological thriller.

"What the movie is about is not funny," Indiewire reports Peele said at a lunch event in New York. "I've had many black people come up to me and say, 'man, this is the movie we've been talking about for a while and you did it.' That's a very powerful thing. For that to be put in a smaller box than it deserves is where the controversy comes from."

"I think the issue here is that the movie subverts the idea of all genres," Peele continued. "Call it what you want, but the movie is an expression of my truth, my experience, the experiences of a lot of black people, and minorities. Anyone who feels like the other. Any conversation that limits what it can be is putting it in a box."

Jordan Peele's 2017 blockbuster hit Get Out may have its fair share of darkly comedic moments, but until it was announced today that the movie would compete in the Comedy/Musical category of this year's Golden Globes, it was widely understood to be a horror film (or psychological thriller). Confused fans took to Twitter to express their bewilderment and disappointment with the surprising delineation, with some saying it revealed something about the way predominantly white culture processes artistic commentary on racism and black people's experience:

You understand the only way whiteness can process Get Out is to make light of it and pretend it was in jest. To award the film for being anything other than comedy would be to self-analyze and admit to the accuracy of it all.
— Francisco-Luis White (@FranciscoLWhite) November 15, 2017

The movie "Get Out" was a horror to blacks but a comedy to white people. Being oppressed is clearly a joke to them lol
— EverybodyHatesBdell (@Bdell1014) November 15, 2017

Get Out competing in the Golden Globes as a "Comedy" is a slap in the face to black people everywhere and a clear indicator that those in charge of these awarding institutions are completely clueless when it comes to the matter of racism.
— This QPOC Life Podcast (@thisQPOClife) November 15, 2017

Good morning everyone who found Get Out hilarious only.
— Craig Bro Dude (@CraigSJ) November 15, 2017

However, some suggested that the move was a strategic one on the part of Universal Studios to increase the film's chances of winning an award:

there's no category for horror. drama is a stacked category & Get Out does have funny moments. so they went for a comedy nomination
— Franchesca Ramsey (@chescaleigh) November 15, 2017

i see lots of ppl suggesting the Globes are being shady with this nomination but they really aren't. it was a strategic move for Get Out
— Franchesca Ramsey (@chescaleigh) November 15, 2017

Get Out is not a comedy. The problem here is that the studio has placed winning an award above reinforcing the message behind the film. By dangerously labeling it a comedy, it allows racist people who actually watch it to dismiss its message instead of learning something from it.
— Derek Montilla (@Cap_Kaveman) November 15, 2017

As for the filmmaker himself, in his true comedic style Peele made a joke about the whole situation while still making a statement on its importance: