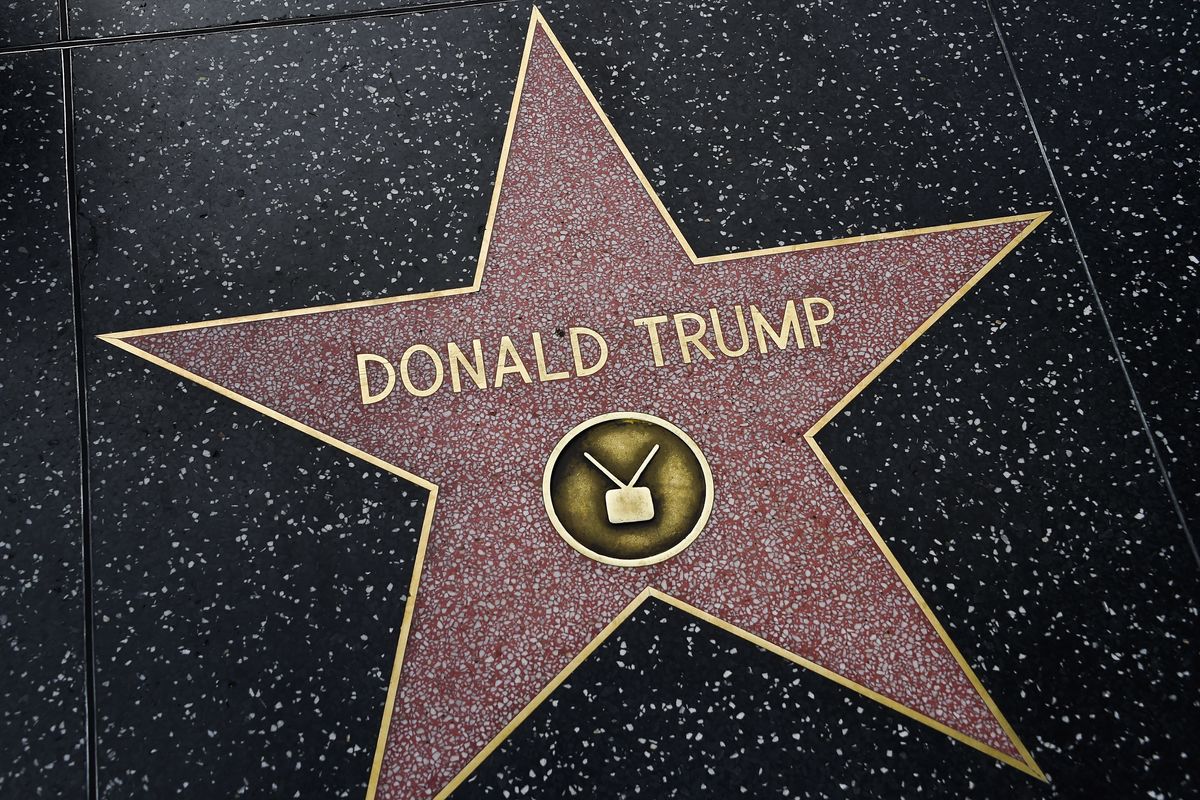 In what is proving to be a modern-day Hydra, the Donald Trump star on the Hollywood Walk of Fame is back and now there are several dozen of them.

Following several attempts to destroy the original star, including one with a pick-ax, the West Hollywood City Council unanimously voted to recommend that it be removed. While the Los Angeles City Council and Hollywood Chamber of Commerce have yet to act on the recommendation, the star has recently become a lightning rod for public protest.

Flash-forward to this morning when Hollywood residents woke up to find that Trump's star had multiplied many times over, covering several sections of sidewalk and surrounding other stars. Apparently the work of a conservative street artist, The Hollywood Reporter contacted the person responsible who was upset by the treatment of Trump's star. A member of a group artists that refer to themselves as "The Faction" installed the vinyl stars in the night making sure that they were all in place before revealing what they had done. "Rip up the president's Walk of Fame star or try to have it removed, like you're the mayor of West Hollywood or something, and 30 more will pop up," the artist threatened, promising to keep laying down more stars as they are destroyed.

The fake stars have been removed already by maintenance crews, with local businesses fearing that they might draw unwanted political attention. The Hollywood Chamber of Commerce has announced no plans to remove the actual star at this time.