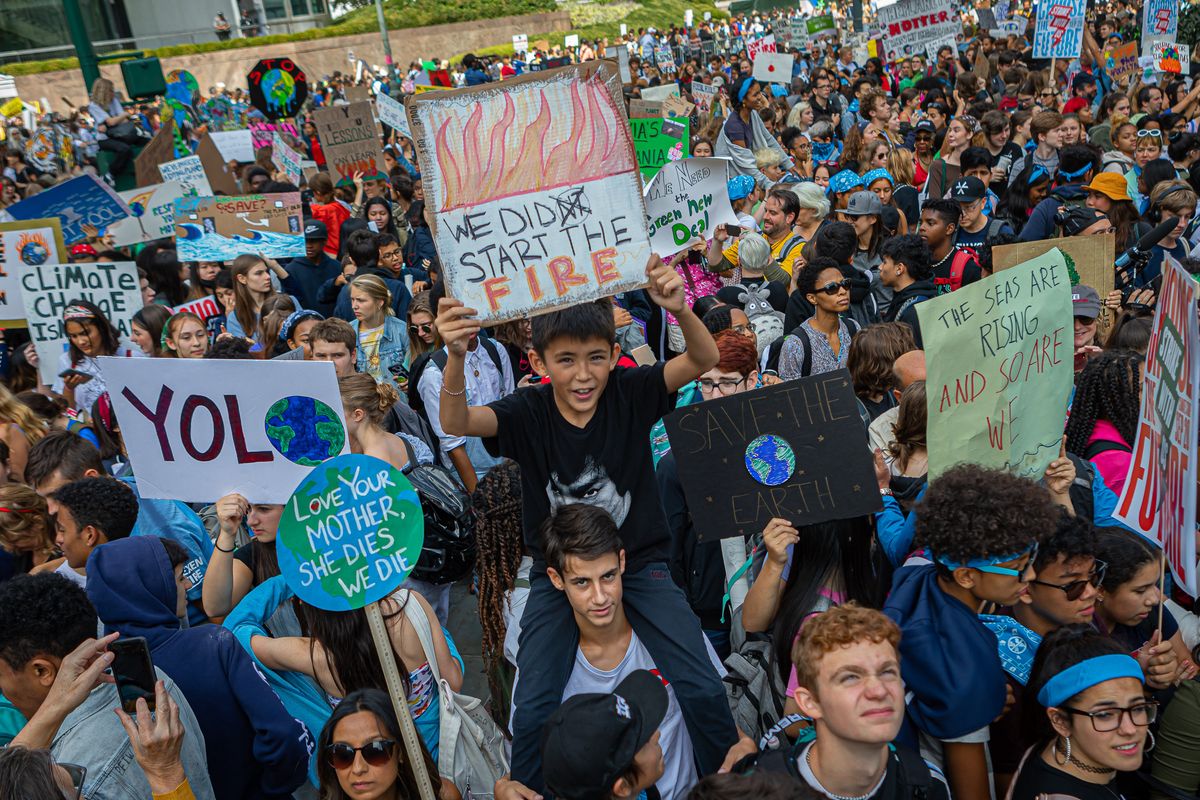 Swedish environmental activist Greta Thunberg joined New York City for the Global Youth Climate Strike on Friday, and many others in different parts of the world took part — and are still taking part until September 27th — in the huge worldwide event, calling for action to address the Climate Emergency. But it seems some people are raining on this pro-environment parade by spreading a false photo online, showing waste protesters supposedly left at Hyde Park in Sydney, Australia.

The photo making its rounds on Facebook shows trash scattered across a lawn, and some people have been reposting the image, claiming that it's the aftermath of the climate strike that was held at Hyde Park in Sydney. The Australian Youth Coal Coalition wrote, "Look at the mess today's climate protesters left behind in beautiful Hyde Park. So much plastic. So much landfill. So sad." They have since deleted the post.

The truth is that this photo was not even taken in Sydney, Australia, but in Hyde Park in London, England. This same photo was actually also used back in April to spread misinformation, with social media users and climate change deniers claiming that this mess was caused by the group Extinction Rebellion, who have been calling for the government to take action on the declining state of Mother Earth. They held a non-violent protest on April 20, 2019 in Hyde Park, and so were accused of being hypocrites for allegedly leaving trash after their event.

But as The Hemp Trading Company clarified back then, this was not the work of pro-environment protesters, but pro-cannabis event-goers who were in close proximity to Extinction Rebellion. "This is #HydePark after #420. Ashamed is not the word. With #extinctionrebellion not yards away, so many of you couldn't be bothered to clean up after yourselves. Ironic for a movement that holds a plant in such high regard." THTC continued, "This is not #ExtinctionRebellion - esp, given the movement has a 'no drugs, no alcohol' vibe behind it."

This goes to show how people shouldn’t believe everything they see online, especially when supposed statements of fact are being posted by particularly questionable accounts. To fact-check and corroborate anything you’ve seen online, check websites like Snopes.