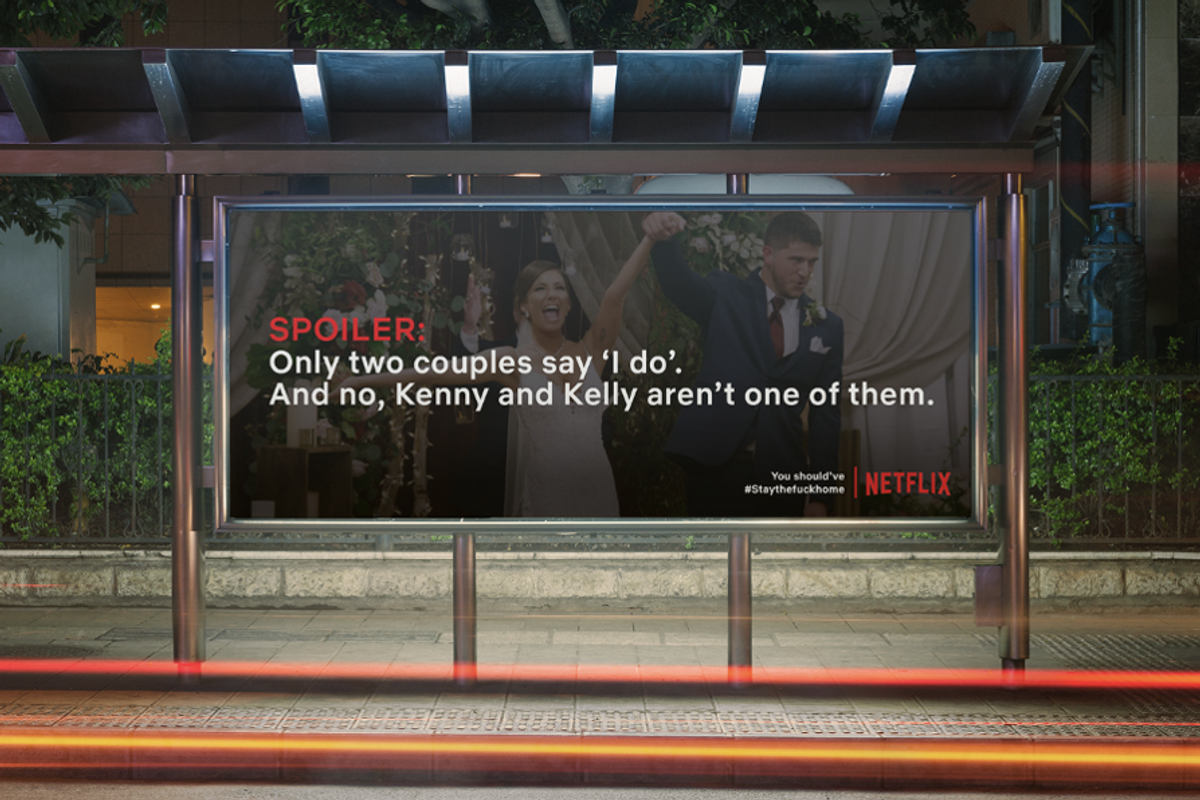 People are having a real tough time with social distancing. Have you seen those haunting photos of New York City's streets, full of idiots gathering to see the medical ship that sailed into the Hudson this week?

Causing the deaths of thousands of people appears not to be a particularly effective incentive to inside, so some inventive advertising students in Germany figured out what people really care about: Netflix.

Related | Is It Worth Getting Dressed Up to Stay Home?

"Jim Hopper dies. Then he doesn't," reads one of the spec Netflix billboards created by Seine Kongruangkit and Matithorn Prachuabmoh Chaimoungkalo. Another: "Only two couples say 'I do.' And no, Kenny and Kelly aren't one of them." Both are followed by the hashtag, #StayTheFuckHome.

Kongruangkit and Chaimoungkalo, a student and alumni at the Miami Ad School in Hamburg, designed the campaign after returning home to Thailand, and witnessing how poorly the government was enforcing social distancing.

The series, which also includes Narcos and Kingdom, is sadly not real… yet. The images were digitally rendered, though plenty of people online assumed they were real billboards. According to Forbes, Netflix actually rejected the campaign, though it surely would've sent people straight back to the couch and their laptops.

Guess the company don't need the help, given the coronavirus pandemic is just one big Netflix campaign anyway. Netflix stock has increased by 17%, and their unique streaming viewers are up 25%, reports Forbes. Just saying, if I knew there was a billboard on my street revealing what happens to Travis from Tiger King... I'd stay inside and finish it.