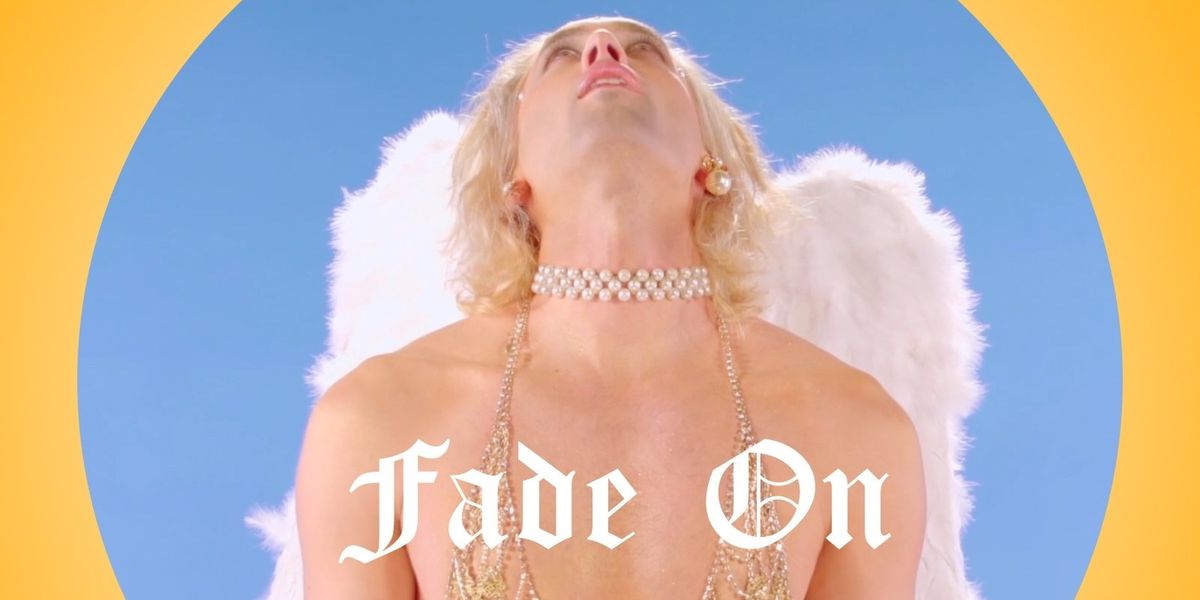 FADE ON Can Be Your Devil or Your Angel

"Love will ultimately save you from the pits of despair. And this whole thing is a divine comedy," answers Brooklyn-based artist Samuel Schall, better known as FADE ON, when asked to choose between Dan Brown's Angels & Demons, the animated film All Dogs Go To Heaven, and Dante's Inferno. Opting for the classical text, the question is fitting given the biblical subject matter in the video for FADE ON's newest single, "Last."

Friends for over ten years, Nistico and Schall's collaboration felt logical and natural given there common interests and history with one another. "The whole time we were saying 'how can we take this one step further? Where's the top and how far over it can we go?'" Schall says of the whole experience.

"I wanted to understand the concept of 'evil' and if vanquishing that badness is really the ultimate goal," Nistico explains about the creation of the video. "I don't think it is. I wanted to show the evilness and this beautiful and soft and comforting force, and then the angel or goodness as oppressiveness."

This theme of opposing forces not necessarily clashing but coexisting with one another is a notion that runs throughout the video. The Satan and angel characters conventionally may be expected to be at odds but their passionate love affair subverts the norm and queers our understanding of fundamental forces like good an evil. Its a notion that's reflected in the music as well, with sprays of percussion crashing into each other like rogue waves underneath a heavenly chorus of voices ascending ever-upward "Last" feels climatic and romantic all at once. "'Last' is about accepting that we encompass the good and the bad, everything and nothing," adds Schall. "The good can be bad at times, and the bad can be quite enjoyable."

Watch the PAPER Premiere of the HOLYCHILD-directed video for "Last" by FADE ON: