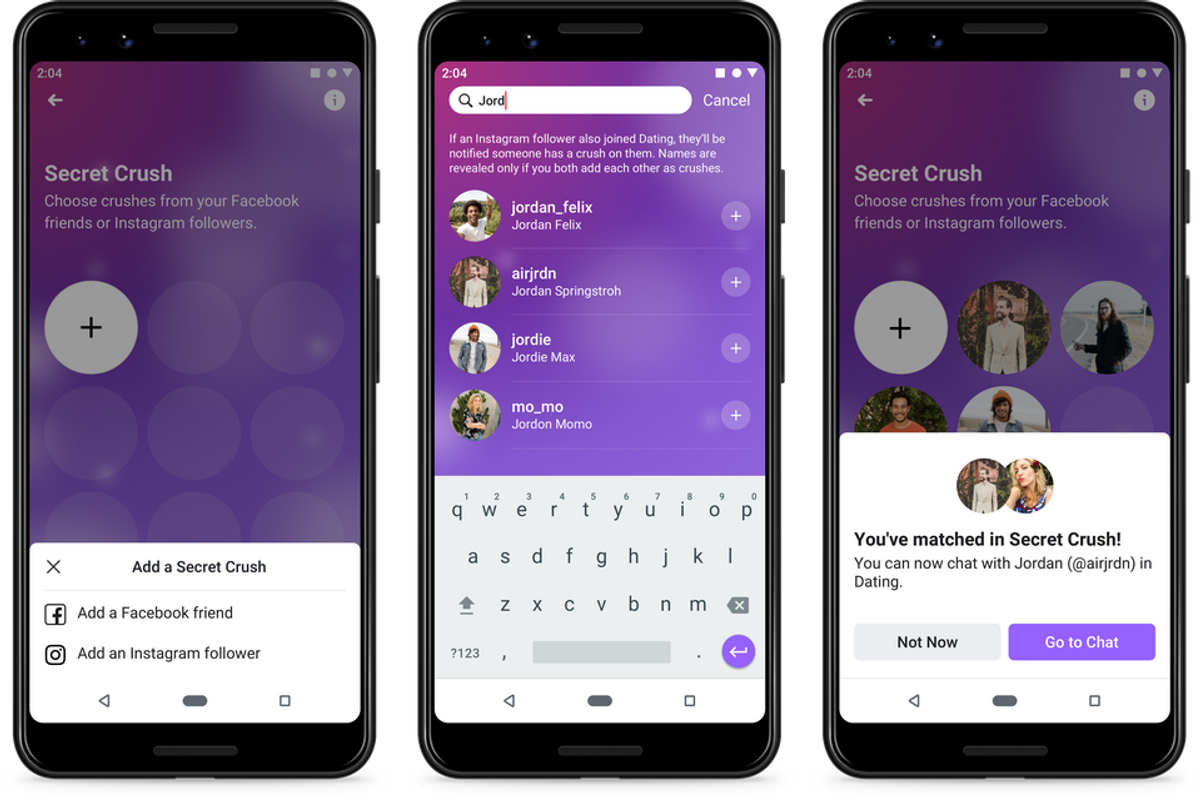 Social media stalking just leveled up. After trialing an inbuilt dating app in other regions, Facebook has officially launched its matchmaking tool, creatively titled Facebook Dating, in the United States.

While existing within the facebook.com interface, Facebook Dating will require users to create a separate profile. It's mainly designed to introduce users to people completely outside of their friends list, and even friends-of-friends list, if they'd prefer. The app's point of difference is using Facebook user interests and profile activity (event attendance, for example), to match like-minded strangers together via algorithm magic.

Related | What to do If Your Nudes Are Leaked

(In other words, time to maybe delete those pages you liked in high school. Goodbye, Scrubs.)

It's not entirely focused on meeting strangers. Probably the most compelling feature of Facebook Dating is "secret crush," which lets you secretly list up to nine Facebook friends who you have a thing for. If one of these crushes adds you to their secret crush list, both parties will be notified and live happily ever after. It's basically a more formal version of that extremely funny viral Cosmopolitan article from a few years ago.

At a press event in New York City this morning, Facebook developers explained there will be no in-app games or ads on Facebook Dating. Just awkward banter!