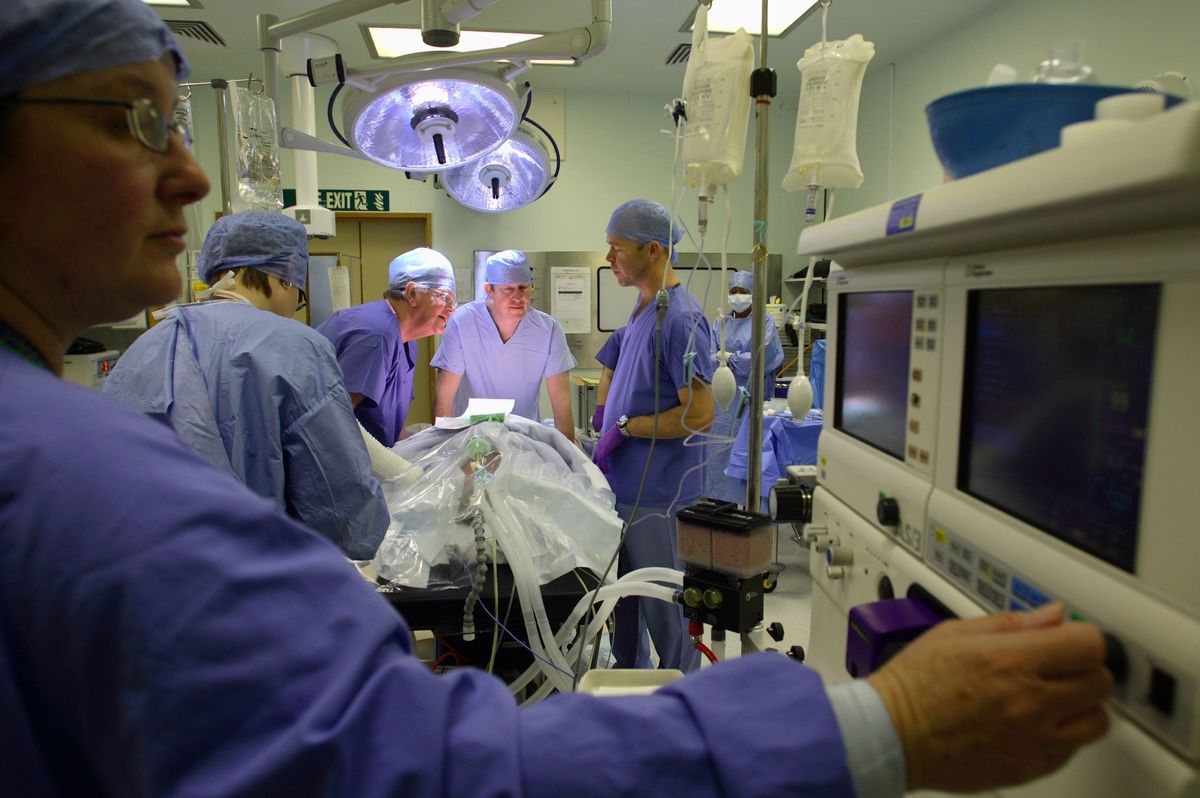 In a new feature for Allure, surgeon David Alessi and his wife Deborah — who is a survivor herself — detail their mission, as well as the importance of reconstructive surgery for those affected by domestic violence.

@faceforwardla is proud to align efforts with the #UK based @ManKindInit to help bring even more awareness and support for our male #survivors Domestic Violence does not discriminate based on gender or socioeconomic status. #BeTheChange #support #Empower #stopdv #FaceForwardIntl

"I didn't realize I was still carrying some baggage from that experience around. When I started Face Forward, it was very healing for me," Deborah told the publication. "I realized this was something kind of hidden — people don't talk about it because there's a lot of shame that goes with domestic violence."

According to the article, about 70 percent of Face Forward's patients are survivors of domestic violence, who obtain help from 12 board-certified plastic surgeons who volunteer their time to the cause. That said, the organization has also expanded their reach to survivors of acid attacks, those who have escaped human trafficking, and injured Syrian refugees.

Another amazing Face Forward, Inc. #survivor journey that wraps up 2018 with a huge smile! @stopviolence.patricia a DV survivor and now author, underwent her nose reconstruction with @alessiinstitute earlier in 2018 and @kathyzahedidds brought Christmas wishes a little early restoring Patricia's beautiful smile! Thank you to these doctors, and all the others who are donating their time and talents selflessly to support our patients. We could not do it without you! . . . #faceforwardla #faceforwardintenational #survivorstothrivers #victimtovictor #traumatotriumph #doctorsgivingback #holidays #support #empower

Not only that, but Face Forward also helps get patients mental health help in order to help process their trauma. After all, as Deborah tells the publication, "no matter what we do, surgery-wise, you'll never heal" if there's no mental health component to a survivor's recovery.

Talk about an incredible mission. Read the entire feature via Allure and consider donating to the cause here.