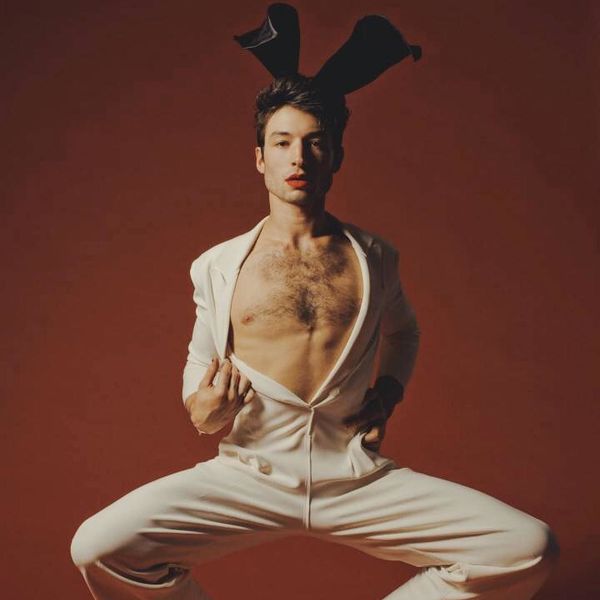 Fantastic Beasts star and truly fantastic creature Ezra Miller is the queer icon we deserve today. On Thursday, Playboy revealed photos and videos from the star's cover shoot as a gender-fluid Playboy Bunny. And, of course, Miller slayed.

After a gender-bending GQ shoot, and revealing that he identifies as non-binary, Miller proves his point with bunny ears, heels, silky night gowns, and killer red lipstick. In the interview he speaks about polyamory, pain, pleasure, and Potter, "Sometimes, I don't have sex for a really long time because a lack of sex is as important to me as sex," says the actor. "There's definitely a lot of sexless, lonely time when playing Credence."

But Miller also talks about the darker parts of his life. "I've been attacked repeatedly in my life—I've been attacked by fucking bigots, man. Of course I've been in audition situations where sexuality was totally being leveraged. " He tears up while speaking with reporter Ryan Gajewski, "If I didn't have art, I'd be so fucking dead—so long ago, I'd be dead. I probably would have done it myself."

very possible that Ezra Miller is the only famous person I care about anymore: https://t.co/WJETBI8ZPV pic.twitter.com/K09Q1QWNw6