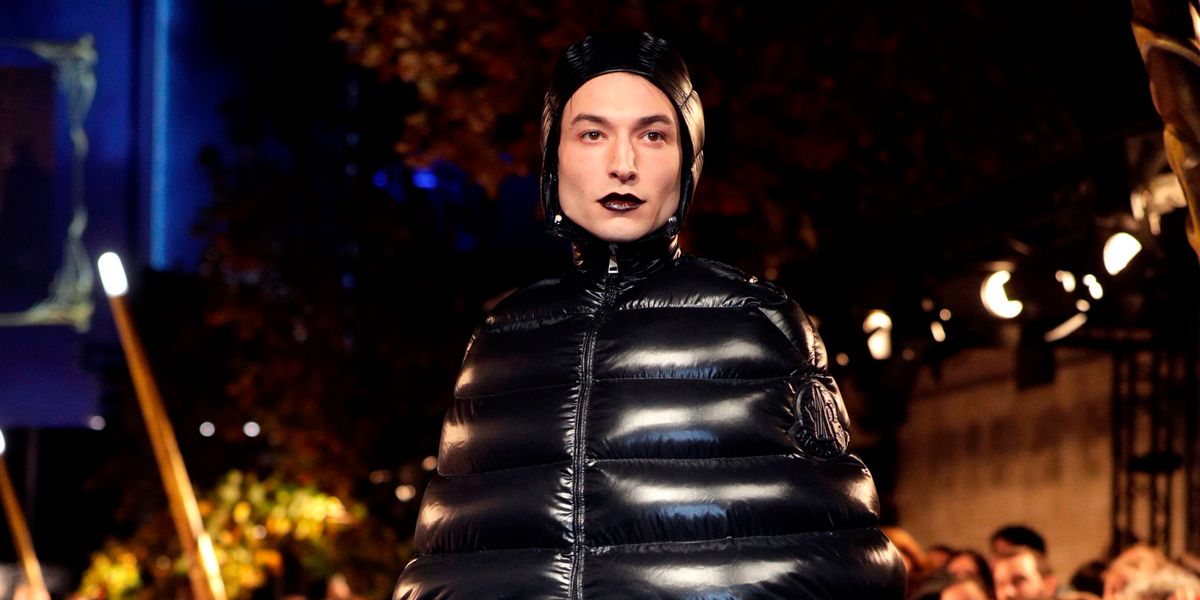 Queer icon and actor, Ezra Miller, is so beautiful that he won't let something as trivial as gender hold him down, as evidenced by his recent cover shoot for GQ. With cheekbones that could cut diamonds, Miller is at the vanguard of a new generation that is no longer afraid to experiment and play around with what traditionally could and could not be worn.

Arriving on the red carpet for Fantastic Beasts: The Crimes of Grindelwald, Miller stood apart from his fellow cast members in a head-to-toe puffer coat dress from Moncler that was designed by Valentino head Pierpaolo Piccioli. A statement piece if there ever was one, Miller manages to still make us swoon while being fully covered. A distinctive silhouette rendered in an unconventional material, Piccioli's Moncler design has been the futuristic fashion must-have of the season, clearly Miller has impeccable taste.

Of course, Miller's stand out moment didn't go unnoticed on social media. With comparisons to everyone from Maleficent to Darth Vader, many simply couldn't resist

Me after accidentally drinking some of the scorpion transforming potion in The Emperor's New Groove pic.twitter.com/wPatENtlgk

when Ezra Miller does it it’s “fashion” but when i do it it’s “i cannot believe you bought another fucking Uniqlo jacket without trying it on first. do you still have the tag? no, of course you ripped out the tag you moron.” pic.twitter.com/KGgPOXptwP

Regardless of the myriad of Rorschach interpretations of the dress, the consensus remains, that Miller indisputably pulled it off, and them some. Its clear Miller is the gender non-conforming style icon that we have been so desperately needing.