Over the weekend, we found ourselves in an unassuming industrial park in Edison, New Jersey, about to enter Exxxotica 2018, which is billed as "the nation's largest event dedicated to love and sex." The New Jersey Expo center gave little insight as to what we'd walk into, but the beaming man dressed as an XL trojan condom led us to believe this would be a fun, happy affair. That wasn't entirely the case.

"Gangsta's Paradise" rapper Coolio performed at the main stage, while other attractions included twerk contests and pole dance championships. Contestants also competed for a $500 prize, and the opportunity to be crowned Ms. Exxxotica 2018.

While we live in an era where conversation about sex is at an all-time high, Exxxotica 2018 seemed dated and tired — a reflection of an industry struggling to stay modern and a diminishing audience still craving unhealthy depictions of sex. 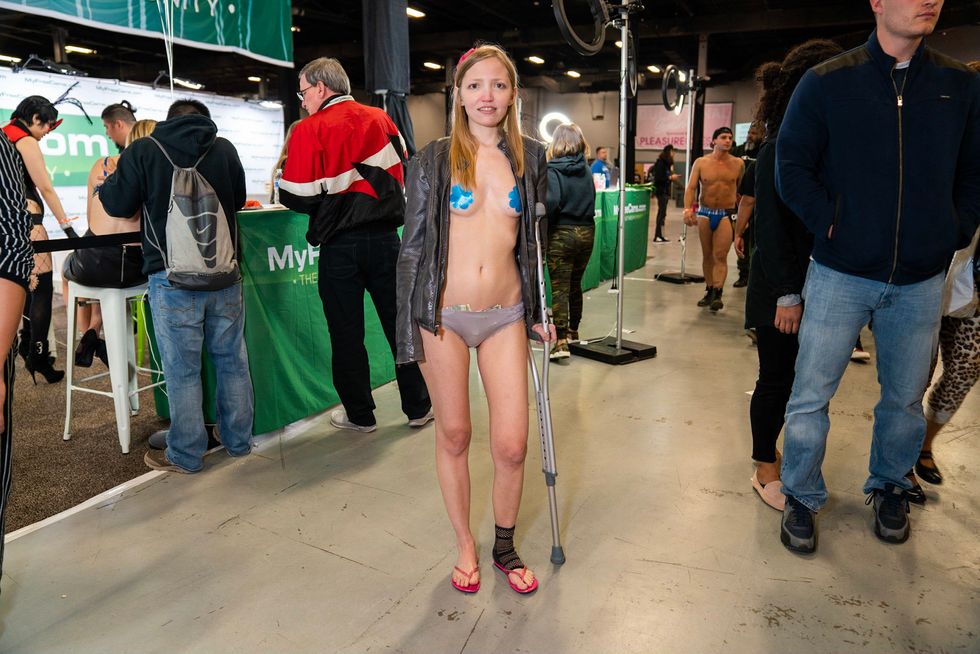 SONIKKU Toasts All the Crazy Lovers