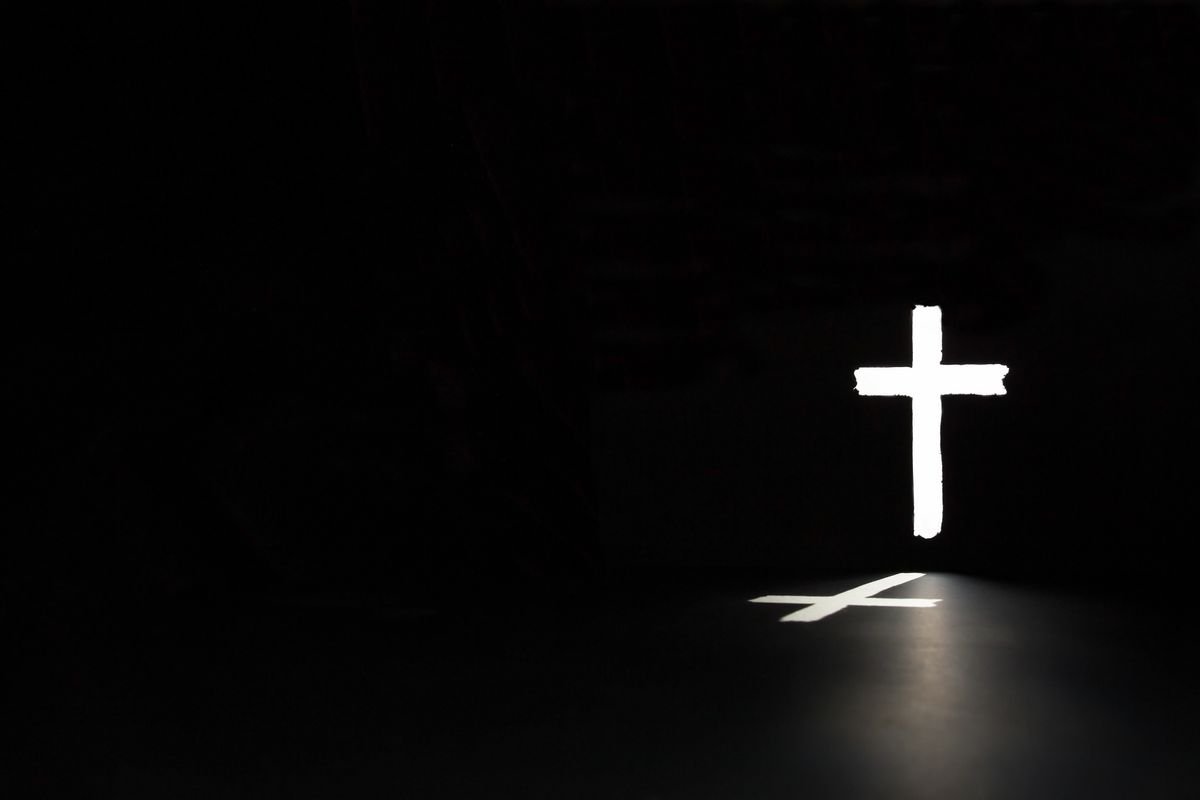 #ExposeChristianSchools — a viral hashtag encouraging former Christian school attendees to share their firsthand experiences with these institutions — has become the latest online battleground for a conversation about the toxicity religious schools can breed.

It all began last week, when Karen Pence — the wife of Vice President Mike Pence — was reported to be taking a job at Virginia's Immanuel Christian School, which many pointed out has a policy that refuses admission to those "who participate in or condone homosexual activity." Naturally, the news led to some pushback from the left, who took issue with the Second Lady of the United States taking a job at a blatantly discriminatory educational institution. However, in response to said criticism, Mike Pence and The National Review's David French defended her appointment — a move that led writer Christopher Stroop to come up with the hashtag #ExposeChristianSchools.

An "Exvangelical" who grew up primarily attending Christian schools, Stroop asked others to share experiences that illustrated "how traumatizing those bastions of bigotry are." And it didn't take long for the hashtag to be filled with stories of the misogynist, homophobic, and racist harassment and intolerance experienced by former students of these institutions. From stories about getting their heads dunked in the toilet for not being "manly" enough to stories about blatant gaslighting and victim-blaming, #ExposeChristianSchools soon was filled with testimonials about the emotionally-scarring incidents that occurred under the watch of school officials.

ACE’s emphasis on modesty contributes to a culture of victim blaming and rape apology. I was told I was the one who… https://t.co/OCrrDKj1X9
— Anaïs Chartschenko (@Anaïs Chartschenko)1547941923.0

The hashtag then picked up more steam after a video of Nicholas Sandmann — a Covington Catholic High School student who harassed a Native-American Vietnam War veteran named Nathan Phillips — went viral over the weekend. Suddenly, the posts under the #ExposeChristianSchools tag began to garner even more attention and serve as an even bigger forum for what can only be described as a maelstrom of bad memories.

And while many used the hashtag as it was originally intended, the tag has also seen quite a bit of pushback from the right. As Stroop also points out, several right-wing media publications have continued to push the idea that #ExposeChristianSchools is some sort of leftist "conspiracy" — and, as a result, many conservative users rushing to the tag to defend Christian-based education.

"Privileged people in what is our American, cis-hetero, patriarchal society don't like having their privilege questioned," Stroop observes, also noting that the right picked up on the hashtag much faster than most mainstream media outlets. "[Conservatives] are now trying to paint [#ExposeChristianSchools] as a smear campaign from the left — that we somehow knew the Covington boys in their MAGA hats would be confronting Nathan Phillips — rather than real people sharing real experiences."

Granted, Stroop says he initially didn't expect the hashtag to include Catholic schools, as they're less hardline than many fundamentalist Christian schools that proliferate the "same right-wing, Christo-fascist policies of white Evangelicalism." However, as patriarchal institutions that are still blatantly anti-queer, Stroop says they're glad #ExposeChristianSchools has expanded the conversation to allow even more people — especially women, queer, and people of color — to "speak truth to power about what happens in this space."

I don’t know if I can properly address all the ways to #exposechristianschools. But here it goes. History classes n… https://t.co/VGzKXljELr
— Elizabeth Garcia (@Elizabeth Garcia)1547911206.0

I went to an all-boys Catholic high school where I heard and saw things that would make the Covington Catholic kids… https://t.co/cem2zkPxff
— Dan Emerson (@Dan Emerson)1548192923.0

Needless to say, this kind of hashtag is what we need in a world where educational "safe spaces" continue to hire bigots and legacy media continues to normalize the baseline unacceptable, racially-charged transgressions of a MAGA hat-wearing teenager.

"It's irresponsible for The New York Times, The Washington Post, and The Atlantic to continue... painting Evangelicals as people who aren't a threat to democracy," Stroop says. "Any sort of fundamentalist thinking is a threat to democracy. And thanks to social media, hashtag campaigns, and public shock, [a community of former Evangelicals are] finally starting to break through."

So what's the next step? According to Stroop, they've also been pushing the launch of another hashtag called #ExposeChristianHomeschooling to further the conversation. "[Trump's election] scared and shocked most of us who came out of hardline, authoritarian environments," Stroop laments, before adding, "Now it's like the whole country is turning into a Christian school."