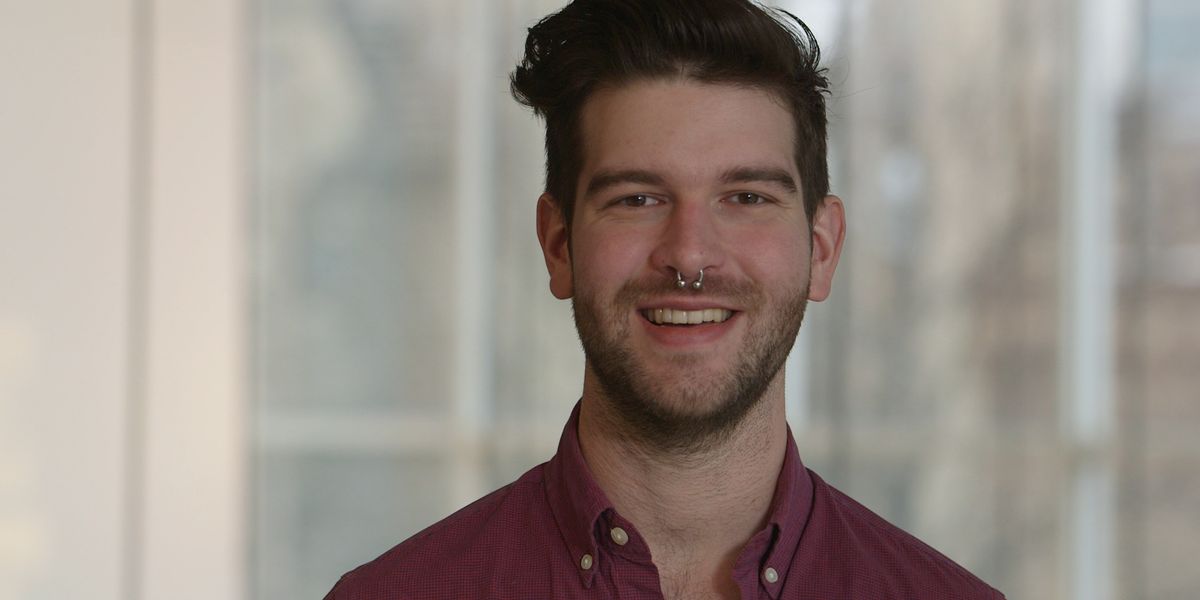 The Center on Halsted has become a hub of Chicago's LGBT community, providing everything from sports to HIV testing to vocational training to its daily visitors. Though its new building opened in 2007, the Center's history of activism and support for Chicago's LGBTQ community goes back to the 1970s. Peter Johnson is the Director of Public Relations at the Center, which, as Johnson notes, is "the Midwest's most comprehensive and largest LGBT community center." "We are really focused on serving the LGBTQ community here in the Chicagoland area," says Johnson, who has worked with the Center for just over two and half years. "We're providing not only the essential services that our community needs but also a space for celebration of our identity and to grow together as a community." We talked to Johnson about the Center's current projects, what Chicago's LGBT community needs to continue to work on, and

What are some of the projects Center on Halsted is currently working on?

That means providing services as people need them, and one of the issues that's present and at the fore right now is youth homelessness. That directly impacts the LGBT community—it's estimated that up to 40 percent of homeless youth identify as LGBT. That is a large problem here in Chicago as well. Our statistics that we work with have shown that between 1800 and 3000 youth are homeless each night in Chicago. So if you break that down to LGBT youth it's still a fair number each night. We started in March our youth housing initiative. It's housing people, not here on site, but in our offsite location. And we're increasing the number helped every month. So it's really exciting for us to be able to move into this sphere and be a housing provider for LGBT youth.

How can people get involved with and support the Center?

We always like to say you can help by doing three things: Participate, volunteer, and donate. We recognize that, as a community, our diversity and presence is only as strong as those who come out and join with us, so for us that means joining programs, joining in conversation, and even if you're not able to be with us physically within our space, having those conversations with your family and friends, and spreading qualities that we value at the Center, which are equality, fairness, equity, respect, diversity, and inclusion. So, if you want to be more intimately involved in our space, we always rely on volunteers. We have over 500 volunteers that help us every year, from minimal time commitments, on a one-day basis, maybe for special events, to a more frequent, multi-day a week event. So we really work with individuals to make sure they're getting what they want to out of their engagement, and benefitting us as well. And then of course, as a non-profit, we always welcome donations from individuals, giving what you can and recognizing that all the money goes to really important programs and services for our community.

One thing that I really find exciting about Chicago's LGBTQ community is its true diversity. The Center on Halsted is located within the Boystown neighborhood, which is the traditional LGBT neighborhood of the city, the center of it all. Chicago is really a city of neighborhoods. That's really where the diversity and the richness and vibrancy of the community lies, within the neighborhoods, and within the large variety of identities within this organization and movement. I've been really in awe of the diversity of Chicago's LGBT community, and it's willingness to really get down to work and get things done and move the needle on issues.

But, while we're a really diverse community, we need to continue talking to each other. We have so many aspects and facets to our community, but we want to make sure that, like, the plights of trans women of color are understood by gay white men. And that we don't let our diversity become complacent, and don't let ourselves fall into our own biases and stereotypes. I think we have to remain a dynamic community, a community that continues to talk and learn from each other. Just to give a little bit of an analogy that I've heard, now that marriage equality is the law of the land. For the folks who can get married, that door is now open. We're all in a room, and that door is now open so for those who are closest to that door, they can walk through. But there are other folks in the room for whom that door is a long way away and they have to cross over so many things before they can get to that door. On LGBT issues, marriage equality has set a lot of legal precedents for equality, but there are still a lot of endemic and structural inequalities in our country that not only impact LGBT people but also impact all minorities. Taking on the plight of the underdog is something that will be really important to our community.

Finally, what are some of your favorite LGBTQ-friendly places in Chicago?

Hollywood Beach: It's an LGBT beach in the Edgewater neighborhood. Going there in the summer, you see every shape, size, color, identity of our community there, embracing each other in a space where I think other, more traditional beaches might not be accepting of that diversity.

Queen: It's a party at a venue called Smart Bar. And I think that's a really special place that gives a highlight not only to drag queens and drag culture, but also gives a radically inclusive alternative to LGBT nightlife.

Robust Coffee Lounge: This is an LGBT Owned coffee house on the South Side of Chicago in the Woodlawn neighborhood that provides space for local neighborhood youth.