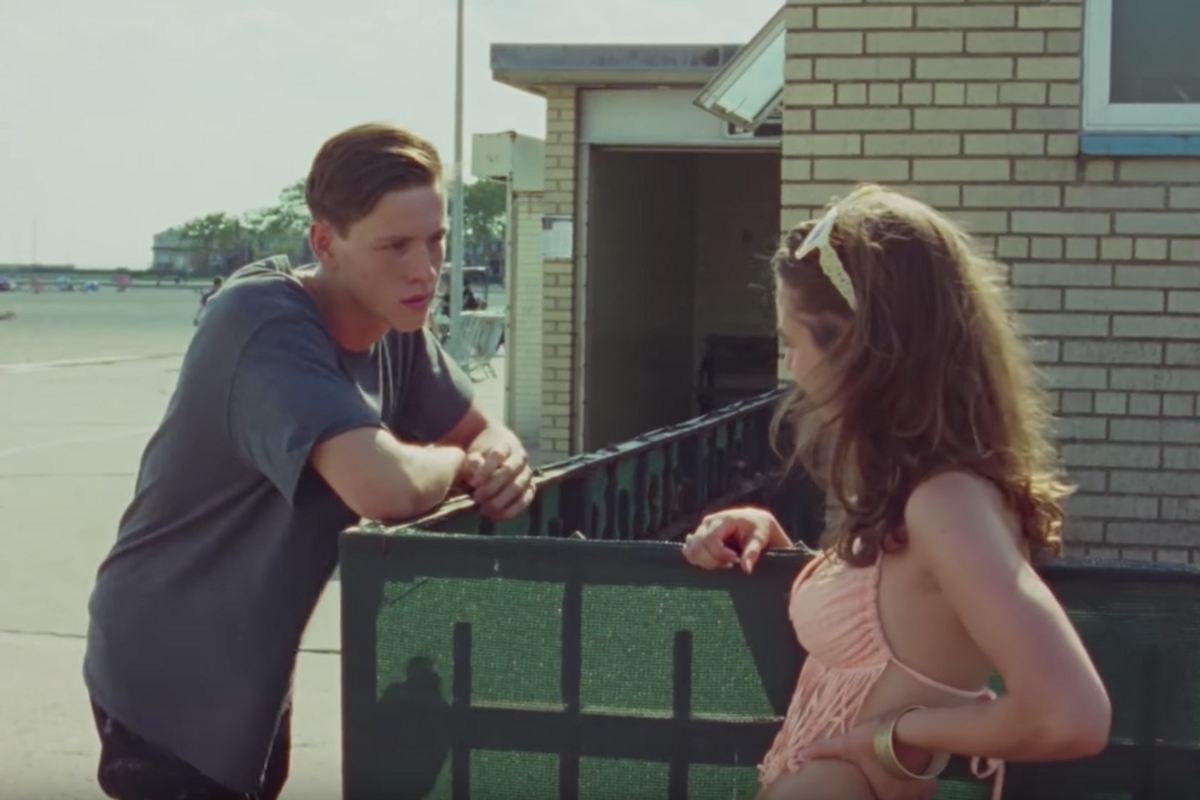 When it debuted in January at Sundance, Beach Rats immediately struck a chord. The Brooklyn-set film centers around a teenage man, Frankie (Harris Dickinson), who is handling an oppressive family life and exploring his sexual identity, connecting with older men online and out cruising while also courting a young woman, Simone (played by Madeline Weinstein). Eliza Hittman (who we identified as a kick-ass woman director to watch) picked up the award for best directing at the festival, and it's no wonder why; the film is beautiful and evocative, and Frankie's battle to understand himself and the world he lives in gut-wrenching. In this exclusive clip premiere, watch as Frankie and Simone make the first tentative fumbles toward dating, both guarded and awkward, under the watchful eyes of their friends. Beach Rats will be out in theaters from Neon in August 25th.