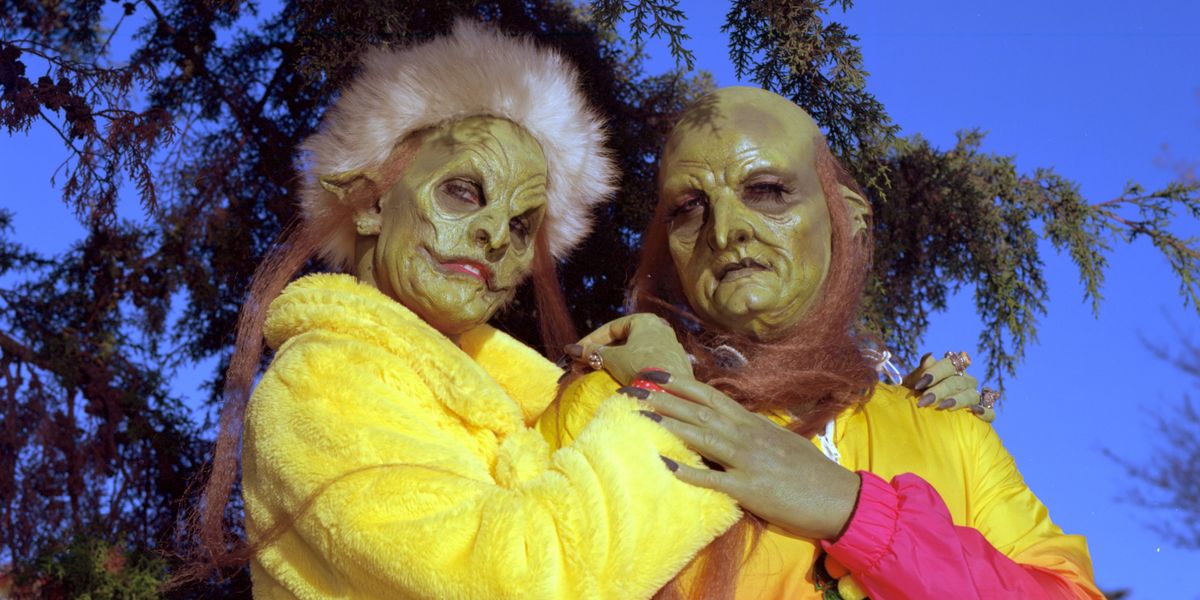 If you thought you were done laughing at fart jokes, you were absolutely mistaken. A rich bouquet of anti-ASMR squirts, slurps, squelches, belches, crunches and scratches aerate the new drag comedy web series, Ew Yuk!, elevating its existential humor to astronomical heights of camp and absurdity.

Starring local San Francisco drag queens, Jillian Gnarling and Mica Sigourney, Ew Yuk! follows the lives of two gassy, puke green millennial trolls, on their misadventures in San Francisco. The show pokes fun at the Bay Area's "bougie-boho" culture. However, sometimes the girls manifest as basic yoga bitches; at other times, as cool girls in mom jeans, Nikes and furry jackets; and occasionally as lonely bathrobed '50s housewives. Plus, it's all filtered through an aesthetic indebted to vintage horror camp like Hocus Pocus or Rocky Horror Picture Show.

No matter which of their split personalities we find them in over the three episodes that PAPER premieres today, Gnarling and Sigourney's tragic characters are always equal parts obnoxious, pathetic and strangely relatable. In "Mom's Dead," the girls have a horrible day, facing everything from a death in the family, to catcalling, to finding hair in their lunch. They confront body issues while thrift-shopping in "Cardigans Make Me Feel Weird." And in "Something On Your Face," they get into a war of etiquette, while dining next to their completely unacknowledged, terrified human captive. Their human insecurities (like having fashion meltdowns) shine through their trollish antics (like eating their toenails and dead mother's remains), making Ew Yuk! a genuinely moving, as well as hilarious watch.

Ew Yuk! Is the brainchild of directed by an all-queer team of weirdo geniuses. Gnarling and Sigourney's green veiny faces are courtesy of prosthetics designer Jordan Plath and make-up artist Daniel Burke. The whole project is the vision of director and co-writer Jader, of performance art trio Toxic Waste Face and cinematographer Chantel Beam. Watch, follow them all, and stay tuned for more @ewwwyuuck.