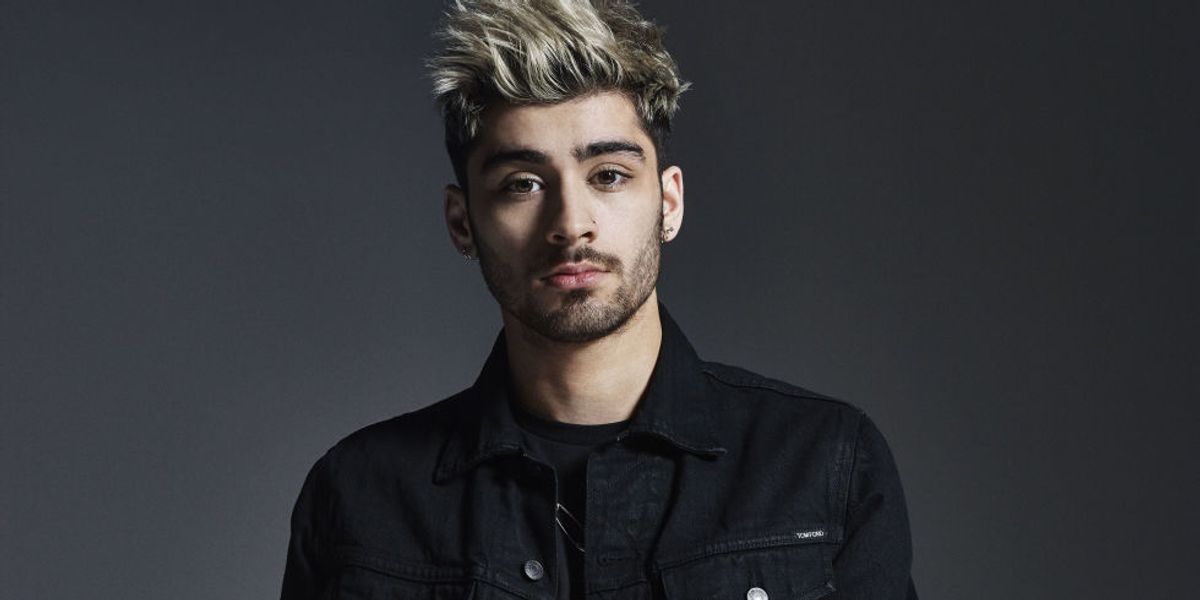 Zayn Malik Has a Cat Named Garfield, Wants You to Do It To His Music

Last spring, nearly a full calendar year ago, Zayn Malik went rogue, jumping ship from tween-heartthrobs One Direction and striking out on his own as a solo R&B artist. Over the past year, while Directioners have rent their garments and poured hundreds of thousands of words worth of post-Zayn fan fiction onto the Internet, Zayn's been steadily distancing himself from his past life. Now, on the verge of his solo record Mind of Mine, coming out, Malik spoke with Joe La Puma from Complex. Here's what we learned about his split with 1D, his famous girlfriend, and what his future holds.

Zayn wants you to have sex to his album (if that's what you want to do).

Zayn's singles thus far seem to be dedicated to convincing the album-buying public that he is a sexy adult who makes sexy songs. When asked point blank if he's trying to make an album people will want to have sex to, he hedges a bit, noting "if that's something that they would choose to do, then yeah." But then the truth comes out, and it is exactly what you expect. "It's a very sexual album," he told La Puma. "I'm sure it could fit into that scenario."

He left One Direction over differences of hairstyling opinions.

Okay, that might be a bit reductionist. He does mention that he was frustrated with the musical and artistic limitations of the band, and wanted to be his own authentic sexy-music making self. But among the restrictions of being in a boy-band, one of the big ones was his beard. "I wasn't allowed to keep [my beard]. Eventually, when I got older, I rebelled against it, and decided to keep it anyway," he told Complex. "That's one of the things that is now quite cool. I get to keep my beard. I also wanted to dye my hair when I was in the band, but I wasn't allowed to." If turning your head cotton-candy pink was off limits, then I bet questionable facial tattoos would have been as well.

Zayn will not talk about Gigi Hadid.

Even though she appeared in his "Pillow Talk" video, he's not going to start talking about their high-profile relationship. "I just leave it as a bit of a noise in the background," he says about how he copes. On the other hand, look forward to Zayn writing or talking a lot about women in general. "I feel like women are a big part of life, so I've got to include them in my songs!"

He has a cat named Garfield.

When he stops by his home for the interview, La Puma meets Zayn's cat, a fat orange rescue feline whose name is...Garfield. So, on the plus side, Zayn is a Cat Person who understands the value of adoption, and named his cat the same thing you did when you were a kid. No mention if he plans to add an Odie or a Nermal to his household yet, but we can hope.

He has some secret tattoos.

Form the aforementioned face tat to his heavily-inked sleeves, Zayn's got a lot of very visible body art. Undoubtedly, intrepid 1D fans have pulled together a taxonomy of the obvious ones, but there are some that he keeps special. "Just for myself. That's why I wrote them in Arabic," he explains about these private tats. But Arabic is a language with several hundred million speakers--surely, there must be other safeguards on his personal tattoos privacy? "Obviously some people can read Arabic, but the tattoos are in places that people won't necessarily see."

Zayn wants to get an English degree.

When his album drops and his success as a solo artist is ensured, Zayn Malik wants to turn his attention to more scholarly pursuits, like getting an education in English or literature. "I'll get my courses from one of the universities around here and just do home study," he says. "I've always wanted to get my degree eventually. I want to do that, and hopefully write my next record while I'm doing it." Zayn, a word to the wise from the holder of a liberal arts degree: Definitely write your next record while you're doing it, because language arts isn't exactly lucrative.