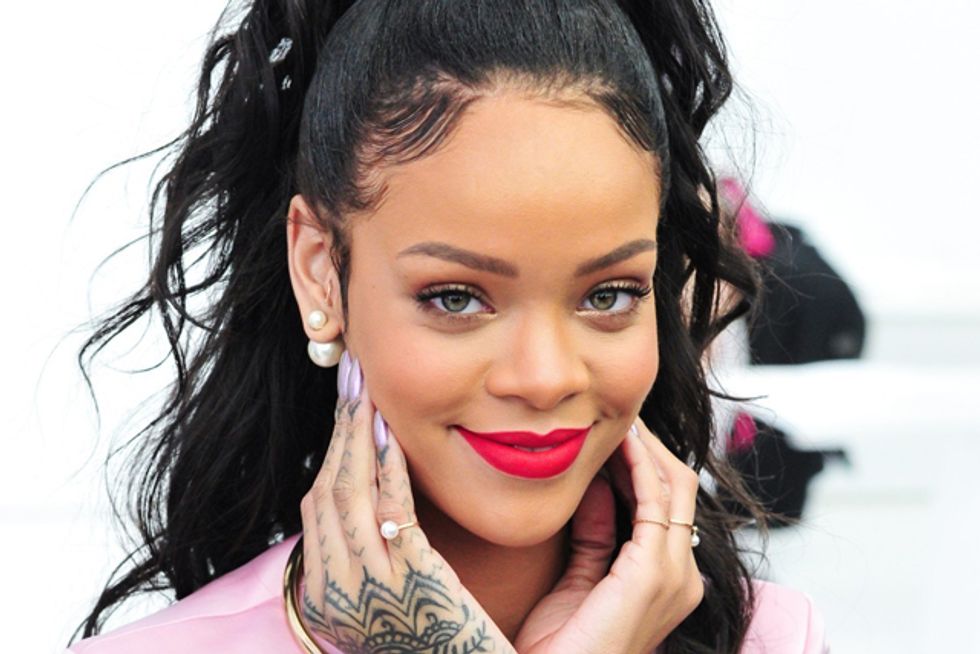 Everything We Know About Rihanna's New Album So Far

Rihanna is almost ready to unveil the follow-up to 2012's Unapologetic and while we've been patient thus far, WE JUST CAN'T WAIT ANYMORE. We. Need. Answers. Based on all the rumors around her new album, it looks like we're not the only ones who feel this way, so here's what we know so far.

The singer's latest will most likely be titled R8 (or #R8), as Rihanna's #NAVY has been going HAM on Twitter with the hashtag #R8. The singer also posted a picture on Instagram of our favorite basic-hater Baddie Winkle, wearing a "bad gal" hat no less, with the caption, "the 'where is #R8?' starter pack" last month.

There's also been plenty of rumored collabs so far: at the behest of Drake, Ty Dolla $ign worked on a track for the album, Kieza has said that "Rihanna recorded two or three of my songs. Whether they will end up on the album, I don't know," DJ Mustard is on the beat, and Sam Smith knows a few things that we don't: