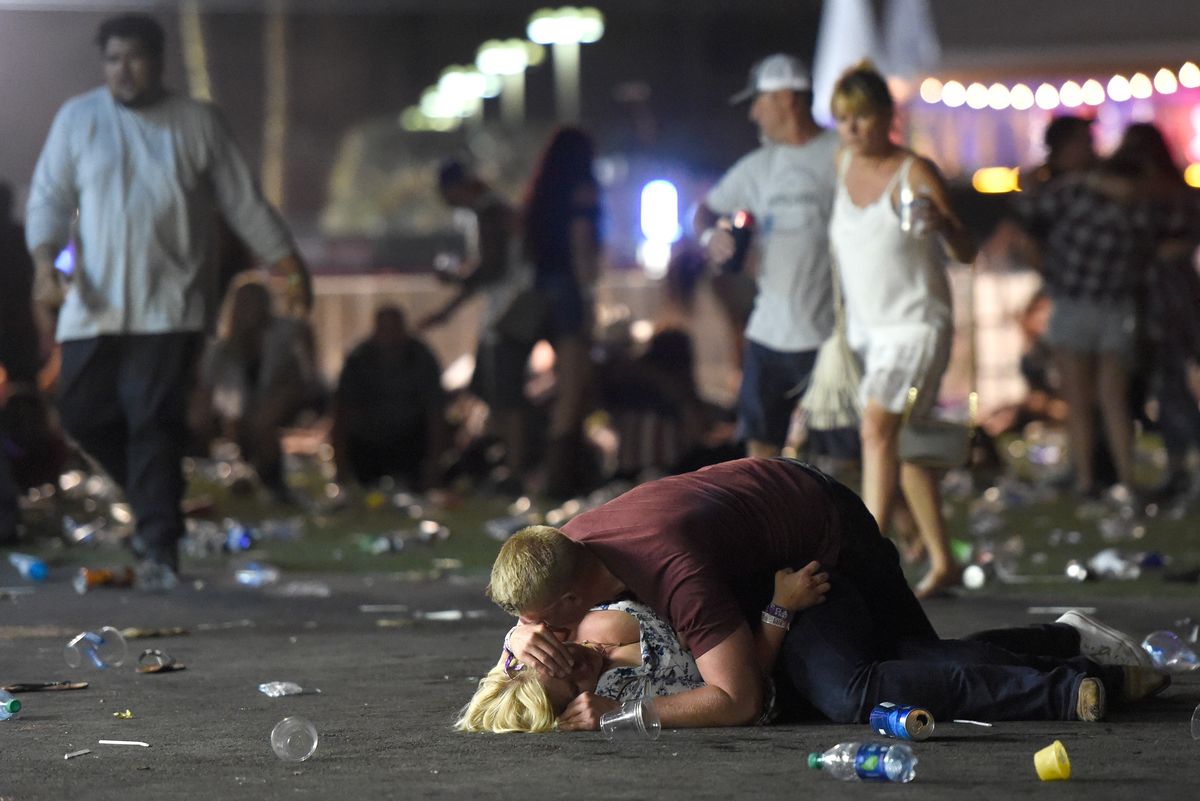 Last night a Las Vegas country music festival became living nightmare when a gunman opened fire from a nearby hotel room, killing at least 58 people and injuring over 500 — making the incident the deadliest shooting in US history.

The gunman has since been identified by law enforcement officials as Stephen Paddock, a 64 year-old Nevada-native, who holed up in a 32nd floor room in the overlooking Mandalay Bay Hotel and Casino, before firing into the crowd watching Jason Aldean's performance at the Route 91 Harvest country music festival.

Country singer Jason Aldean's band didn't stop playing until the second round of gunshots, which is when the scene reportedly descended into chaos. Various witness reports describe the initial shots sounding similar to "firecrackers."

SWAT teams have since found 10 weapons in Paddock's hotel room, when they searched it. Las Vegas Metropolitan Police Sheriff Joseph Lombardo told CNN, "We believe the individual killed himself prior to our entry," earlier it was reported that police had fatally shot Paddock. ISIS have already claimed responsibility for the attack, declaring Paddock converted to Islam months ago. Vegas investigators have not found evidence to support this claim.

President Trump has since responded, praising the efforts of law enforcement and delivering a brief statement describing the tragedy as an "act of pure evil." He earlier tweeted his "warmest condolences" to families of victims, though failed to publicly recognize the incident for what it is: terrorism. Trump will reportedly visit Las Vegas on Wednesday, and the White House flag is flying at half-mast today to honor the victims.

Above anything else, you can help by donating blood. If you are in Nevada, here is a list of services in the state. Otherwise visit http://www.americasblood.org/ to find a center near you.

You can also contribute by donating money to local Nevada healthcare, such as the Volunteers in Medicine of Southern Nevada and nationally, the Red Cross, who will have been on the ground immediately during the crisis. The mental health of those involved must also be considered, and the non-profit Volunteers in Medicine of Southern Nevada also provides counseling services.

Be sensitive at this time to those grieving, particularly via your social media use. There will be thousands affected by this tragedy, so any way you can help will be greatly appreciated. This is a time to unite.