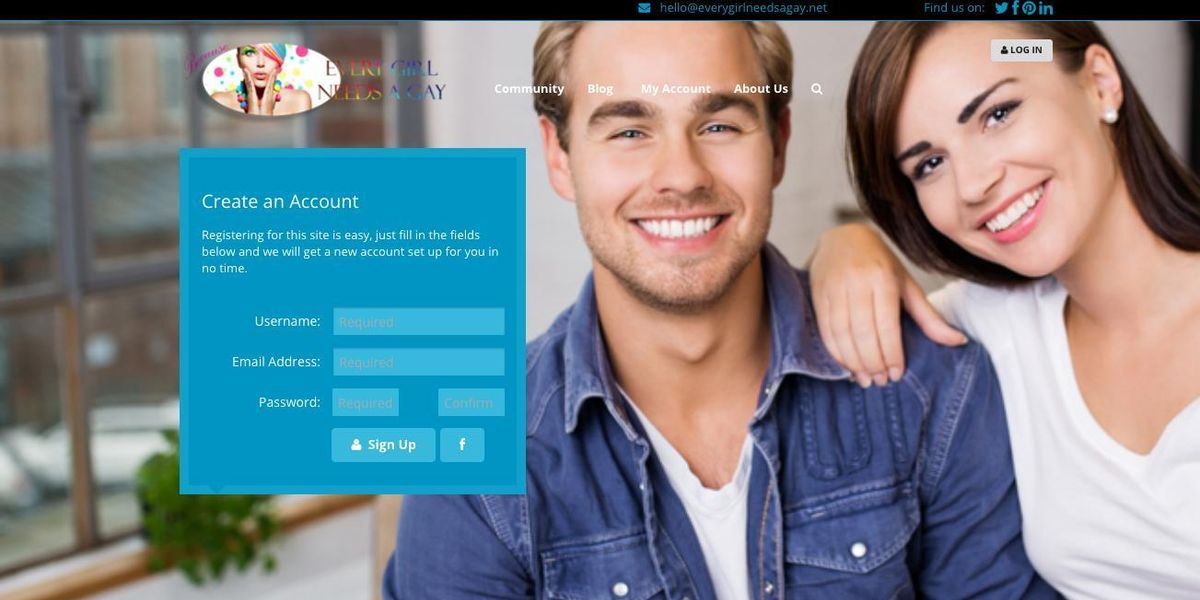 WTF Is This "Every Girl Needs A Gay" Matchmaking Site?

Today in Terrible Internet Finds, we present you with Every Girl Needs A Gay, a beta "online matchmaking platform" for heterosexual women seeking their male gay best friend -- because who doesn't love their friendships to be tokenized, surface-level sort of situations?

That's right, if you were just a straight lady or gay guy in search of a "spark of mutual glitter" (UGH), all you have to do is use their "sophisticated algorithm system" to find that special someone. Allegedly the "first friend finder of its kind," Every Girl Needs A Gay is going live January 1st, 2016 (you know, the year of even more glitter) -- though you can join the mailing list now for updates.

The site seems to be the brainchild of one Boston-based web designer named Gini Garbick, who is listed as Every Girl Needs A Gay's founder and president and comes off as someone who's making a sincere (and sincerely misguided) attempt to launch a quote-unquote dating site for "shopping buddies" and "confidantes."

You have to wonder though if Garbick actually poured real money into this venture -- or, like, is someone else funding the development of this? But then again, how tone-deaf do you have to be to think that this is okay? Plus, who thought it was cool to aggregate uncredited content for the "Amazing Stories" blog?? So. Many. Questions.

Either way, we'll take a Tinder for astrology-lovers over this anyday. Thanks, but no thanks.