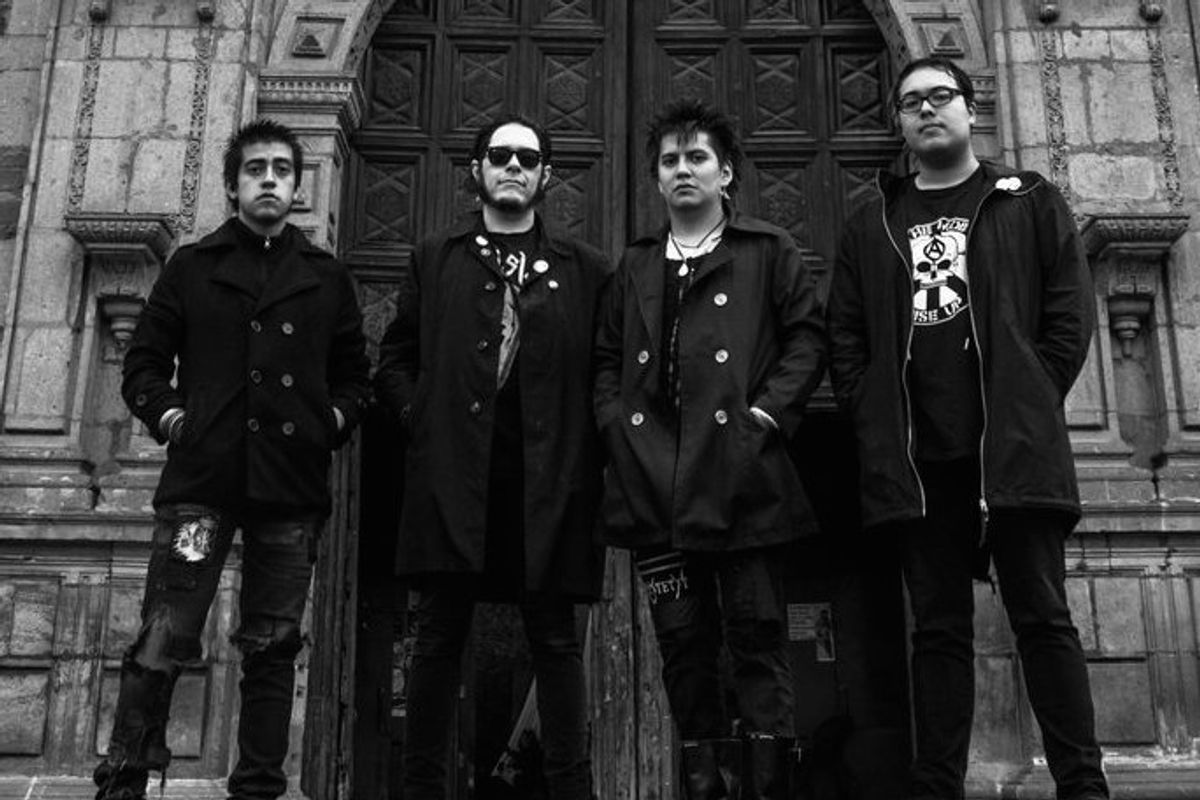 Every Day is Halloween: Surveying The Contemporary Goth Scene


Goth, throughout the '90s and early '00s, was pretty resolutely uncool to people outside a very specifically circumscribed scene. Even to members of adjacent DIY subcultures (looking at you, punk), goth was kind of a laughing stock. It was viewed as too melodramatic and too outmoded, the province of sad teenagers who were outsiders even to other outsiders.


The revival of goth has been a little nebulous, a gathering mass of black-matte-lipped Tumblr teens, high fashion trends, witchy practices and older musicians who'd been quietly carrying the torch through the Uncool Years finally feeling free to fully embrace their love of chorus pedals, heavily delayed vocals, airy melodies and bleak lyrical subject matter. However the revival started, we can't deny it casts a long shadow over both underground and mainstream culture these days. There's a real deathrock/dark punk and post-punk DIY scene that's been established worldwide over the last few years -- here are a few highlights from that world to get gloomy with this Halloween and beyond.

Hailing from Mexico City, Zotz (pictured above) are faster, gnarlier and more heavily indebted to early Christian Death than many of their nocturnal peers, but they are still imbued with a dark spirit. They started the band in 2014 because they felt like there weren't enough good dark punk bands in their area, but quickly found a home on Orange County's Mass Media Records. Mass Media, which started as a home for OC peace-punk, has rallied to put out some of the more polished, realized and interesting bands in this burgeoning scene, like Moscow's Sierpien, Portland's Moral Hex, Adelaide's Rule of Thirds, Chicago's Population*, and Edmonton's Rhythm of Cruelty.


Sydney's Mere Women (pictured above) are one of a number of Australian dark post-punk bands breaking the rules to create their own unique, bitter sound; like their countrymen Total Control, who recently finished a brilliant and often sold-out tour of the US, they don't have easy sound-alike analogues. While clearly influenced from a number of different goth and post-punk angles to snarl and sneer coldly, there's nothing too familiar about either group.

Boston's Dame put out my favorite demo of the year, six songs of hard-edged gloom anchored by big drums and propelled by intertwining synth and guitar melodies, while Western Massachusetts' Longings just released an album of taut post-punk with the full energy and drive of hardcore. The "truewave" bands also can't be denied - groups like Oakland's Street Eaters and Silent Era and Columbus' Nervosas similarly fuse punk power and sharp melancholy. Columbus is also home to Pleasure Leftists, who are as close to a ball of blackened fire as a band can get.


Go forth with these bands and bask in the glory of the night. Goth's all grown up and it's casting its own shadows as hypnotic spells these days rather than hiding amongst them.


* Full disclosure - the author was a founding member of this band but does not appear on this album.