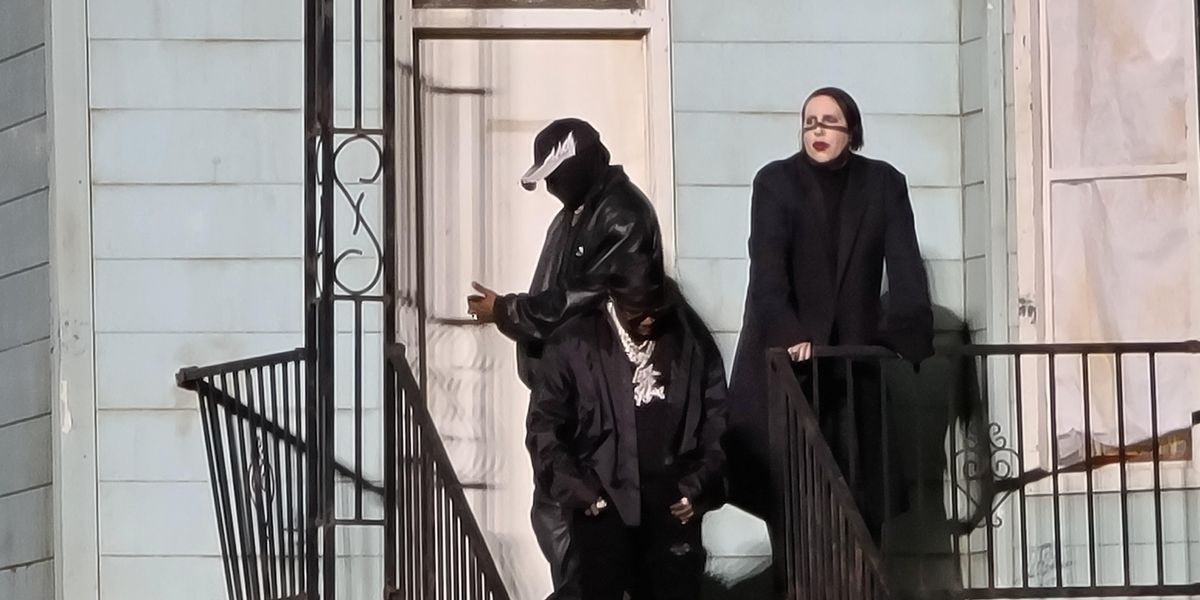 To some extent, we all knew that when Kanye West's DONDA did eventually come out there would be inevitable controversy surrounding the album — but that doesn't make it any easier to anticipate just what we'd end up having to deal with in the end.

From the album's delayed release to its messy last-minute rollout this past Sunday, there was definitely no shortage of drama whether it was West claiming his label released DONDA without his permission to the inclusion of DaBaby, who last month famously went on a homophobic rant at Rolling Loud, and Marilyn Manson, who is currently under investigation after being accused of sexual abuse by five women, on late album addition, "Jail, Pt. 2."

Now, one of Manson's alleged victims, actress Evan Rachel Wood, has addressed West's collaboration with her ex-partner. "For my fellow survivors who got slapped in the face this week. I love you. Don't give up," Wood shared on Instagram along with a clip of her singing the New Radicals' 1998 hit, "You Get What You Give."

Earlier this year, Wood came forward to name Manson as her abuser. Prior to that, Wood had publicly spoken about having been in an abusive relationship but had not named the ex-partner until that point. In a statement, Woods alleged that for years Manson had "brainwashed and manipulated [her] into submission" and had been groomed by him since she was a teenager. Wood went on to write that she was "done living in fear of retaliation, slander or blackmail."

Following Wood, four other women came forward with similar allegations against Manson of sexual and verbal abuse as well as claims of violence, harassment and forcing partners to take drugs. In response, the LA County Sheriff's Office announced that they had opened an investigation into Manson. The singer was also dropped by his label, Loma Vista Records, and fired from his roles on American Gods and Creepshow.

Expectedly, Manson has denied all of these allegations, writing in a statement, "Obviously, my art and my life have long been magnets for controversy, but these recent claims about me are horrible distortions of reality. My intimate relationships have always been entirely consensual with like-minded partners. Regardless of how — and why — others are now choosing to misrepresent the past, that is the truth."

Manson's appearance on DONDA hasn't gone over well with critics either. The Independent's Roisin O'Connor wrote in her zero star review of the album that "Marilyn Manson's inexcusable presence leaves a sour taste that no amount of gospel can cleanse." O'Connor went on to call out West's team and label for being "too scared or too exhausted to say 'no', but it speaks volumes of society's apathy towards rape survivors that Universal would release this album with Manson on it."

Pitchfork's Dylan Green wrote that, despite purporting to be a tribute to the rapper's late mother, "the inclusion of a parade of men accused of sexual abuse" on the end product makes its performative reverence for women and maternal figures fail to pass the smell test.