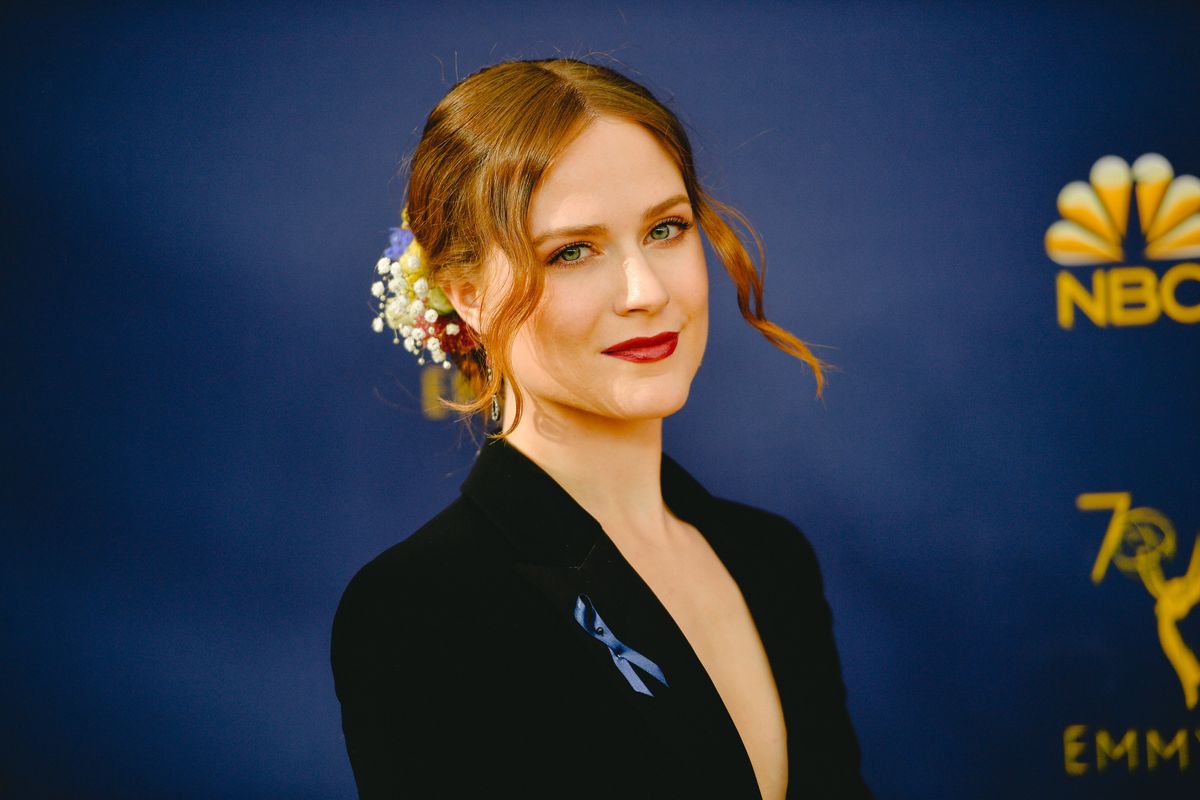 Evan Rachel Wood's latest role is incurring substantial criticism from Asian Americans who have something to say about Hollywood's continued centering of white people in narratives about people of color.

Last week, Variety reported that alongside Jim Sturgess and Japanese actress Shinobu Terajima, Wood had been tapped to play writer Eleanor Coerr in Richard Raymond's forthcoming film, One Thousand Paper Cranes. Coerr was a Canadian writer who published a children's book in 1977 based on the true story of Hiroshima bombing survivor, Sadako Sasaki — a young girl who developed leukemia after the U.S. dropped the atomic bomb during World War II and subsequently folded 1,000 paper cranes in order to be granted one wish.

Needless to say, many Asian Americans online were less than pleased about having Coerr's perspective become a major plot point in the film, especially as one Twitter user pointed out that "there are thousands of compelling stories from Hiroshima survivors that I'd rather hear" which aren't "filtered through a white/American lens."

As the granddaughter to two women who were within the 2km radius of ground-zero.
As the only child of parents born and raised in Hiroshima.

I am fucking livid.

Sadako, her story, and what paper cranes mean and represent to me is beyond sacred. https://t.co/lLSVDyktQv

This is SO icky. There are thousands of compelling stories from Hiroshima survivors that I’d rather hear. I’d be so interested in this movie if it were told through the eyes of Sasaki herself. Not filtered through a white/American lens. https://t.co/9io8gQiCtT

History:
Over 140,000 Japanese were killed when an atomic bomb hit Hiroshima during World War II.

“Coerr, an aspiring journalist and young mother, learns of [Sadako] and becomes determined to share her story with the world.” How the FUCK ARE WE GETTING WHITEWASHED OUT OF THIS VERY PAINFUL NARRATIVE oh wait hollywood https://t.co/RYbCtivYI0

Every good story needs a white person to tell it. https://t.co/reJtI7R03l

The same Jim Sturgess who played "Ben Campbell" in 21—based on real-life Asian American Jeff Ma—and who sported grotesque yellowface in Cloud Atlas? This project is so on-brand for him 👍 https://t.co/BG1pTe7U0i

Exactly. Instead of making Sadako's story into a movie--which is THE story--somebody decided it would be more interesting (to white people) if the movie was about the white woman who wrote the book?!

I remember reading Sadako as a kid. I don’t see why Evan Rachel Wood is the main character. Why not have the white author be a supporting cast member? If the movie is about Hiroshima why is the focus on this white writer and not Sadako? https://t.co/DI5bg1e5AM

In a statement sent to HuffPost, Raymond defended the film by saying that it is based on Takayuki Ishii's book, One Thousand Paper Cranes: The Story of Sadako and the Children's Peace Statue, alongside reassurances that the film will come from Sadako's "point of view, filmed in Japanese, with a Japanese cast."

"The film separately tells the story of Eleanor Coerr, who wrote the fictional children's book Sadako and the Thousand Paper Cranes (which this film is not based on) and brought the story to international fame, further cementing Sadako's legacy of peace and hope through the powerful symbol she created," he told the publication. According to Raymond, Sadako's family, the Hiroshima Peace Museum, and the Hiroshima Film Commission are all on board with the project, which is going "to great lengths to protect the authenticity of Sadako's story and everything she represents."