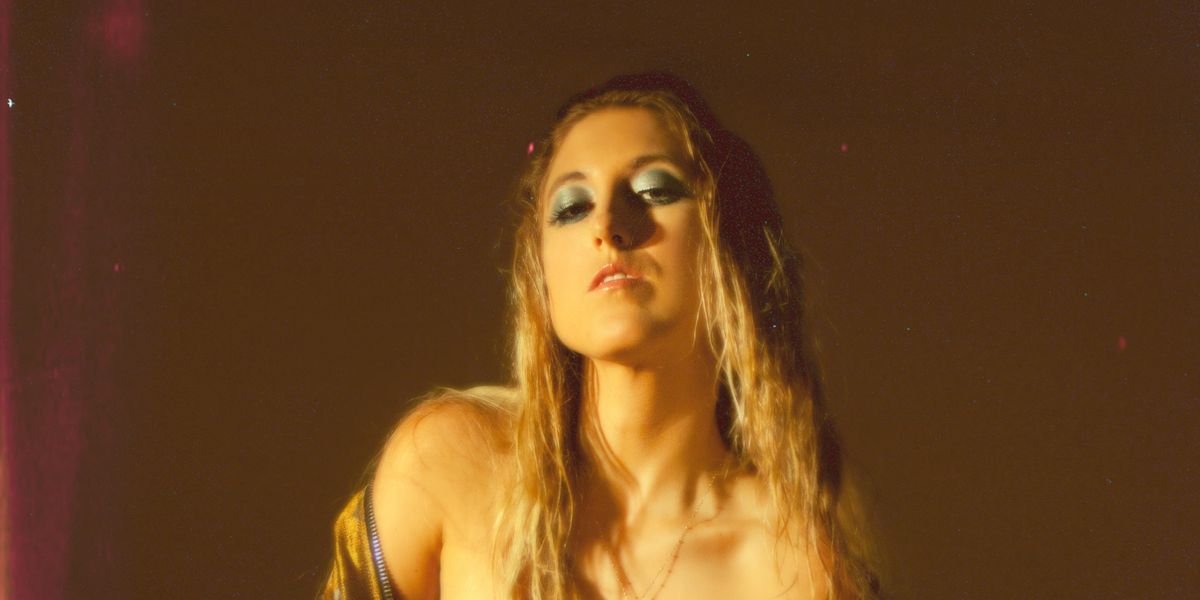 Evalyn Leads the Cult of L.A. in 'Angels'

They say L.A. changes a person. A longtime mecca for young actors, musicians, and artists seeking to forge a name for themselves, Los Angeles is a city of sun, celebrities, and fad diets that form its distinctive character. The culture of L.A. eventually subsumes all of its residents, turning the staunchest of East Coast transplants into converts preaching the gospel of In-N-Out.

In the video for "Angels" off her upcoming Salvation EP, singer-songwriter Evalyn puts the 'cult' back in 'culture.' Giving off Wild Wild Country-meets-90210 vibes, we see her cruising down palm tree-lined boulevards in a vintage convertible singing that "LA isn't for everyone." Evalyn grows her following as she moves across the city, eventually luxuriating with her white-clad family in a mansion dreamily staring into one another's eyes. Stylistically referencing a late 60s/early 70s hippie aesthetic, Evalyn draws connection between the West Coast frame of mind and the New Age mysticism of cult's like Heaven's Gate and the People's Temple. Despite the deadly end of those two examples, Evalyn points out that their is a certain comfort in cults; the sense of community, belonging, and a feeling of liberation.

We caught up with Evalyn to talk about the making of "Angels":

The inspiration behind the video was 70's West Coast psychedelia and infamous cults of California. We were inspired by the Manson Family, Source Family and the People's Temple and weaved those references throughout the video as part of a day of debauchery in the city with the other wild people you find here. The true vision of the video was to create our own faux cult, one of inclusivity and West Coast dreaming. Each song on my upcoming EP, Salvation,is about one of the seven deadly sins. Angels is pride, so in a lot of ways, this video is about many iterations of pride as well as pride for our city.

The video has a decidedly vintage West Coast vibe, why was that the direction you decided to take?

Angels is about Los Angeles, it's about the people that flock to this city to make their dreams come true. That idea is sometimes best embodied by the unique history of LA. I live in Venice beach and coming here has been the most formative experience of my life. This city has taught me so much about myself and I think that's the magic of LA. So this song and video are an homage to California and my love affair with the city of Angels.

Cults usually have a dark, sinister connotation what was their appeal to you?

Cults were a fascination of mine throughout this process. Don't get me wrong, cults are BAD, but when I started to dig into the culture of cults, it struck me that the people who ended up in them often had pure intentions and were just looking to be part of something bigger than themselves. I think that's the whole reason that I ended up in Los Angeles and so many of my friends did to; the pursuit of something more. We went this route for the video because LA has a well known history of cults and it made sense to let some of its most notorious inspire the video. However instead of any one person being the cult leader in this, we're all in it together - the cult of us and all our friends, and Los Angeles is our leader.

White also seems to be a transformative theme in the video, was there any symbolism to that?

I think so much of the cult imagery that exists from the 60s and 70's is this juxtaposition of light and dark- people wearing light colors and dancing around when we know there was some dark shit happening behind the scenes. We have this whole "Angels" vibe going on, so to us it made sense to play with white styling as that embodiment of purity when clearly we're drinking kool aid and up to no good. Also, sometimes when you go out in LA you have this image in your head the next day of how the night went and especially in this city it's often a glamorization. So in that sense the transformation to and from the white is a metaphor for that perfect picture you have in your head, the hallucination of Los Angeles.