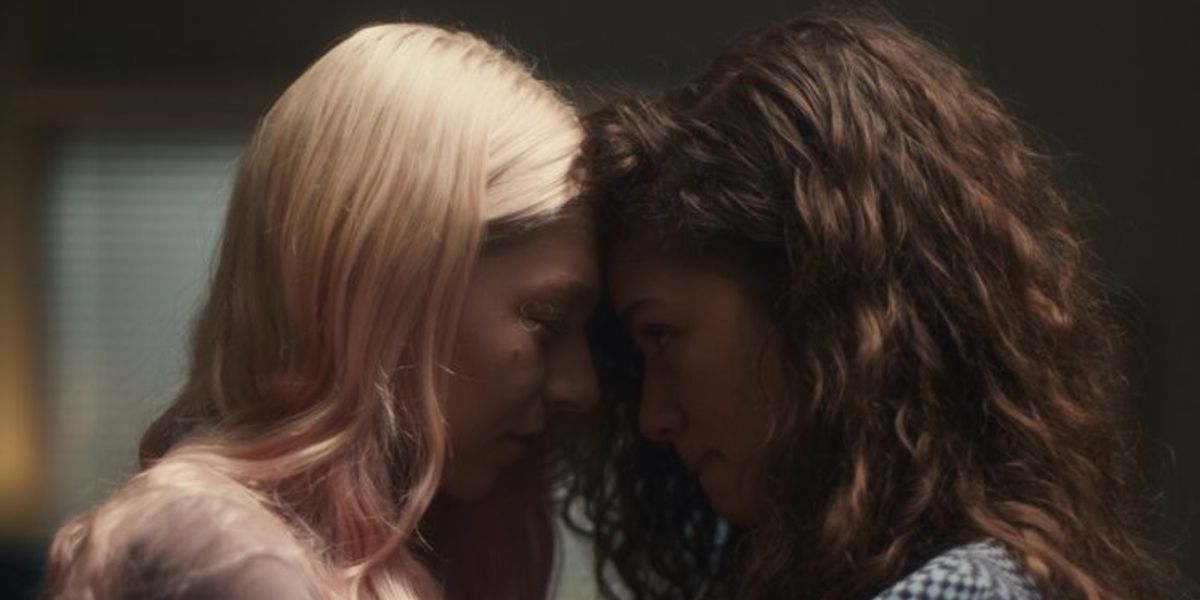 While we might not be out of the woods yet with this waking nightmare of a year, at least now we have something to look forward to this coming holiday season, aside from the vague promise of 2021, thanks to Zendaya.

The actor announced on Instagram last night that Euphoria will return for two new special episodes, the first of which will hit HBO on December 6. Posting a still of her character, Rue, being reflected in the eyes of presumably Hunter Schafer's Jules along with the caption "we really missed them," the news comes following Zendaya's historic Emmy win as the youngest person ever to take home the award for "Outstanding Lead Actress in a Drama Series." Unsurprisingly Euphoria also took the award for "Outstanding Contemporary Makeup" in addition to "Outstanding Original Music and Lyrics," capping off a breakout year for the new series.

The episode, titled "Trouble Don't Last Always," will pick up where the first season left off and deal with the immediate fallout of Rue being left by Jules at the train station and relapsing, fittingly following her as she celebrates Christmas. The teased still might lead us to believe that the episode entails a reunion between the show's two leads, but it's too soon to say for sure.

The date for the second special has yet to be announced but, honestly, we're just happy to have new Euphoria at all. The show was in the midst of shooting their second season this past March when the pandemic hit forcing them to ultimately halt production. However, Euphoria is set to resume filming in early 2021 with the season two airing on HBO hopefully at some point later in the year.