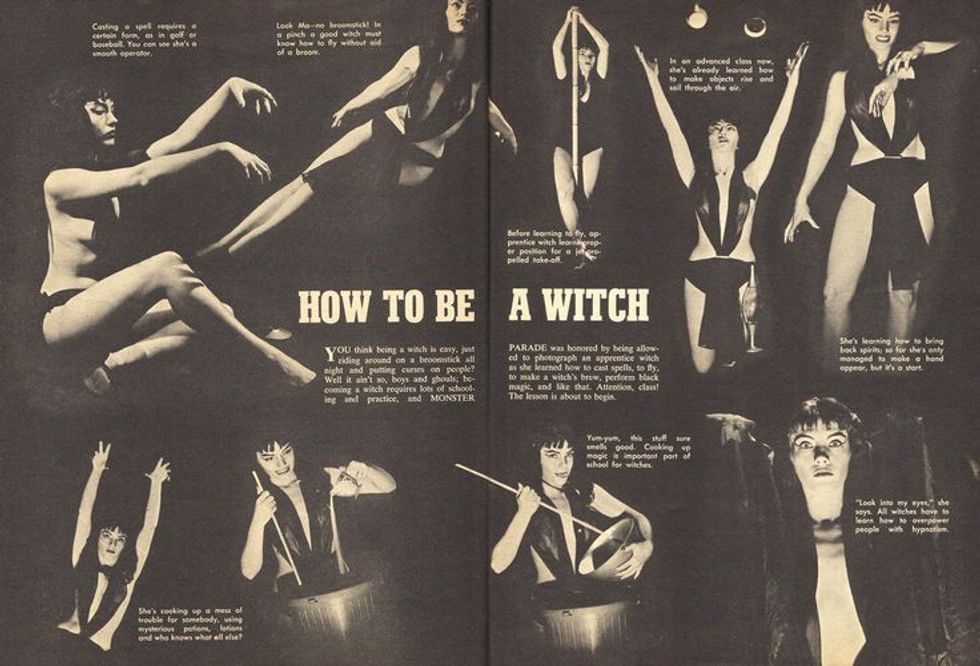 Etsy's Banned the Sale of Spells and Witches Are Mad

by Sandra Song
PAPERMAG
Online purveyor of crocheted beards and orange peel hair clips Etsy has cracked down on the virtual witch community by banning the sale of spells and hexes.
Previously, they were allowed to sell said services granted they didn't guarantee results and produced something tangible that would be sent to the buyer along with the hex (i.e. photos of the spell being cast). However, according to new reports, earlier this month they changed their policy to completely ban "any metaphysical service that promises or suggests it will effect a physical change (e.g. weight loss) or other outcome (e.g., love, revenge)...even if it delivers a tangible item."
Granted the Etsy team clarified that this isn't a ban on all metaphysical items, as tarot readings, astrological charts et al. will still be allowed, so long as there's no promise of it actually, you know, resulting in a physical outcome.
Either way, there's a petition floating around. Wonder if this will lead to some regrets(y).
[h/t The Daily Dot]
You May Also Like
Music