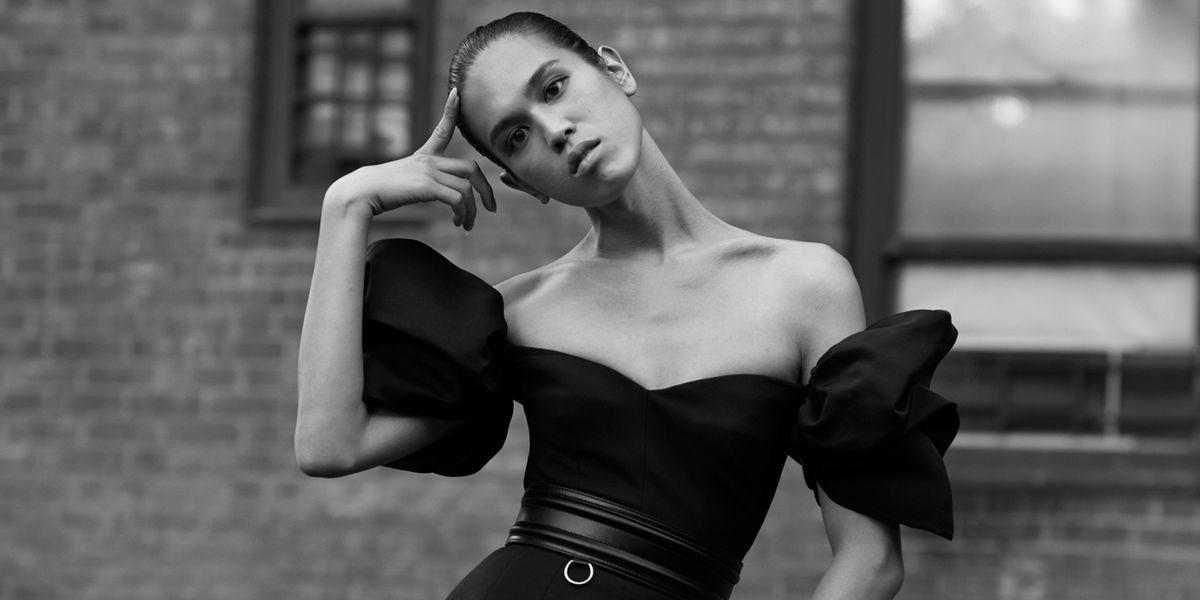 Alexander McQueen's Pre-Spring 2020 collection (also known as resort) gets the Ethan James Green treatment with a series of portraits captured by the model-turned-photographer. The brand enlisted three of Green's closest friends and collaborators to star in the campaign, including Dara, Marcs Goldberg and Torraine Futurum.

Related | Torraine Futurum Will Get Her Barbie Beach House

The photos capture the designs by Creative Director Sarah Burton, who this season played with contrasts of sharp tailoring and floral silhouettes. Speaking of contrasts, the models pose against a variety of backdrops including tree-lined roads and under industrial bridges. (Green's signature black and white aesthetic is featured throughout.)

This is not the first time Green has worked with the British luxury brand. McQueen previously tapped him to shoot the lookbook for its Spring 2020 men's collection, which was presented during London Fashion Week last summer in a former monastery.