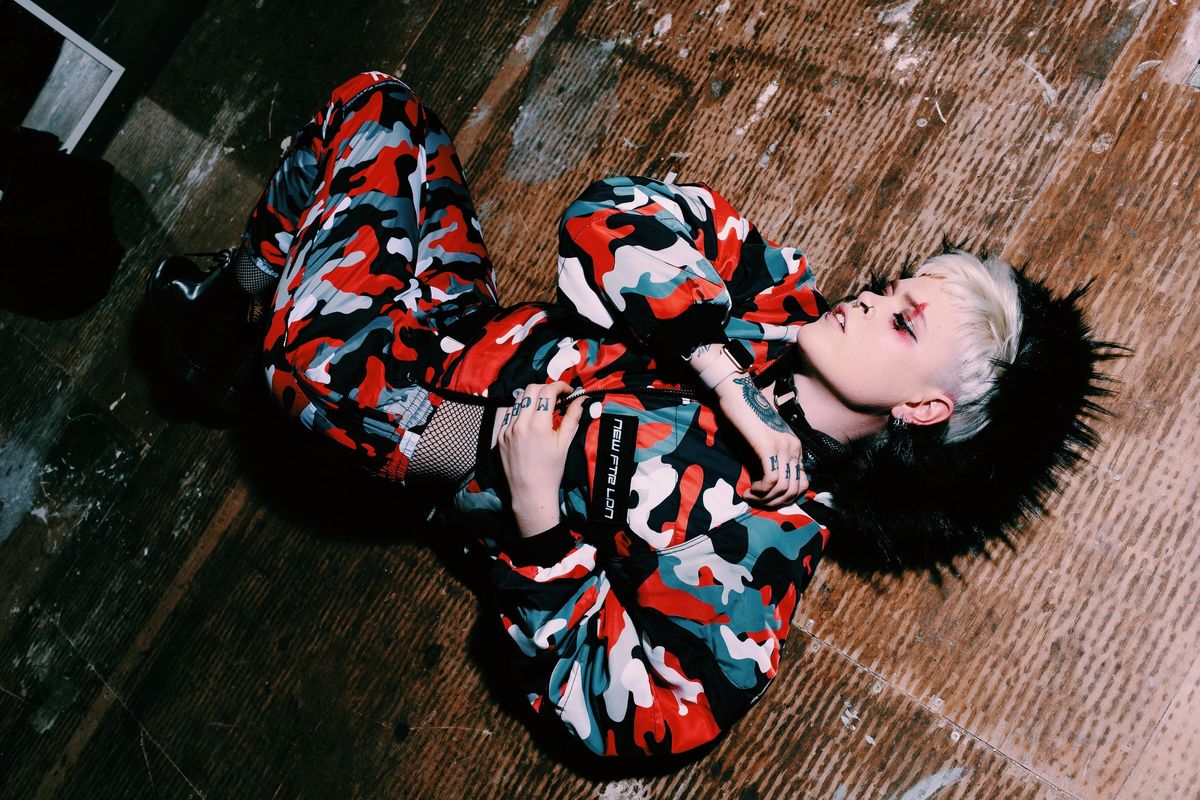 Esther Joy's latest EP, The Acid Caves Vol. 1, tells the story of a non-human entity, called a "lifeblood," named Silipur that illegally travels through an intergalactic gate to Earth in order to get a taste of an invisible energy force called "The Chaos." And if you aren't the slightest bit intrigued by the prologue to Esther Joy's sci-fi epic, then you are free to go back to your meal of dry toast and room temperature tap water in peace.

A former band member of Charli XCX, Esther Joy's visual aesthetic is a mixture of the sleek future-pop of Goldfrapp and La Roux meets the possessed electro-punk of Alice Glass. The music video for "Day 1 (Silipur Leaves Home)" is full late-2000s style graphics with bold geometric shapes and minimalist patterns constantly shifting in the background as Joy dances, swings a swords, and unnervingly stares down the camera.

Clad in a Mad Max: Fury Road/Blade Runner look, Joy is imposing and in despair as she vacillates between the human and lifeblood characters she inhabits in the video. Sonically the song is clash between menacing guitar verses and screaming quasi-dubstep choruses that will make you want to spray paint anarchy symbols all over your stepdad's car and then start a riot.

"This song speaks from two perspectives — Silipur and the human she is exchanging her life with," Joy explains. "It was important to me that this video represented both of their journeys, leaving their lives behind forever and the confusion, sadness and pure rage of depression."

Watch the PAPER premiere of "Day 1 (Silipur Leaves Home)," below: