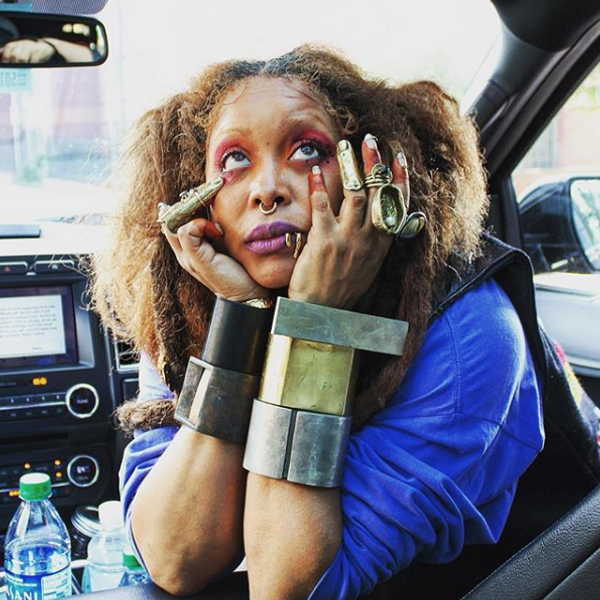 Update, 10/2/2018: A previous version of this article stated that Erykah Badu and Alicia Keys will be attending the protest, but a rep for the event clarified that at this point they are simply lending their names in support of the cause and may or may not attend.

The outcry against Brett Kavanaugh's potential confirmation to the U.S. Supreme Court has been loud and furious, especially in light of the sexual assault accusations against him, and the recent Senate hearing of his testimony and that of Dr. Christine Blasey Ford, one of several women who have publicly come forward with their stories.

Adding their voices to the furor are a number of celebrities, including Erykah Badu, Alicia Keys, and R.E.M.'s Michael Stipe, to name a few. They, along with a handful of musicians, writers, activists, and actors—including Sasha Lane, Maggie Gyllenhaal, Peter Sarsgaard, and others—are further making their voices heard by supporting a Washington D.C. protest this Thursday, October 4 called "Bravery Is Contagious."

The event has been described by some as a concert, but the website doesn't make it clear if there will be performances. Regardless, "Bravery Is Contagious" was organized by Party Majority, a PAC founded by Hillary Clinton adviser, Adam Parkhomenko, and Mike Lux, a former aide to Bill Clinton. (We'd be remiss if we didn't mention that multiple women have accused Bill Clinton of sexual misconduct, which sheds light on the fact that the recent proliferation of sexual abuse accounts has no party affiliation).

Party Majority says that they expect "a vote on the Senate floor to confirm Brett Kavanaugh as early as Friday," adding that now is a critical time to be heard in Washington. "If there was ever a moment when the voice of the people can come together in concert to change the fate of our nation, this is it," they write.

Register to join the protest or sign the pledge to protest locally, and learn more about Party Majority.