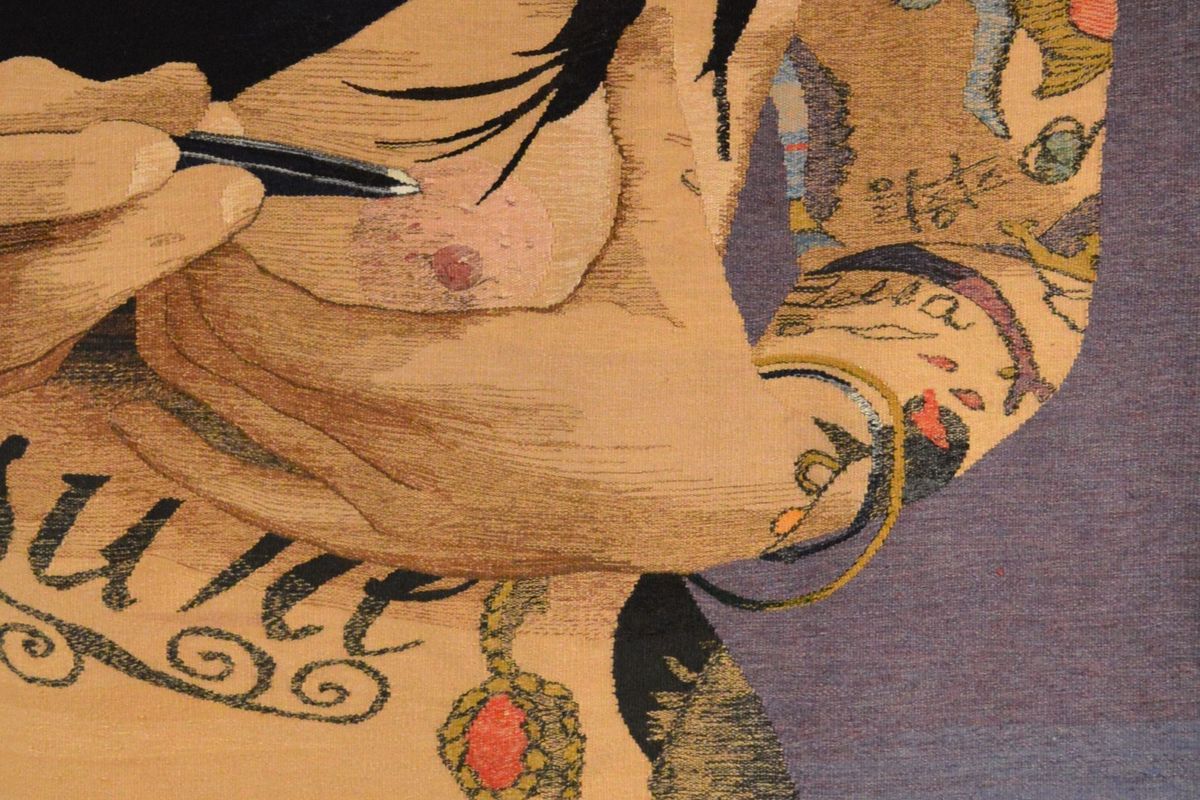 These days, seeing a naked selfie on Instagram is about as shocking as an overhead shot of a matcha latte. We see them, we critique them, we take them, we send them. But what if that contorted back-angle butt pic or the "oops, here's half my nipple" side-selfie took was woven by hand, string by string, into a giant tapestry, and hung on gallery wall for all to see?

Brooklyn-based artist Erin M. Riley is bringing that intimacy and honesty back to the selfie and sext by weaving intimate moments into tapestry. While she began by taking found images of naked selfies off the internet, over the years Riley's work has become a personal portrayal of her own feminism, sexuality and struggle. Her weaving includes her own selfies, both erotic sexts she's sent to lovers and more personal images that depict those parts of being a woman that many are afraid to share, like soaked tampons, cuts from shaving, an arsenal of vibrators, and the act of plucking out nipple hair. These images are relatable unapologetic, but also strangely inviting.

PAPER talked with Riley about feminism, coming to terms with her own personal disorders, and, of course, dick pics. Her work will be on display in the solo show "18/bi/f/ma," at Brilliant Champions Gallery in Brooklyn starting July 1.

Why do you choose to show your personal sex life through your tapestry?

You also give a look into some personal issues beyond sex through your work. What has been the general response to this?

My work's gotten a lot more personal recently. I'm trying to show things that affect me, like these new pieces that show trichotillomania, which I have had my whole life but I didn't know the word for until recently. It's a condition where you obsessively pull out your hair, and it started when I read a Cosmo article about giving yourself a mammogram and I realized I had hair on my boob. I started tweezing it and then I was tweezing all my hair out. Then I started stretching my ears. It was a way to self mutilate that was still beautifying. Once I turned 18, tattooing took the place of that release. A lot of my new work shows those intimate moments when I am self-mutilating and the tools that I used.

After I started posting images about my trichotillomania on Instagram, I had so many people start reaching out. I had never told anyone until a few months ago and it was amazing to see how many people have the same thing as me. I'm trying to be real. Sure, I can pose and be sexy, but I'm still thinking, there are bumps on my legs or hairs or whatever. I want to show the small things we all obsess about, including sex. 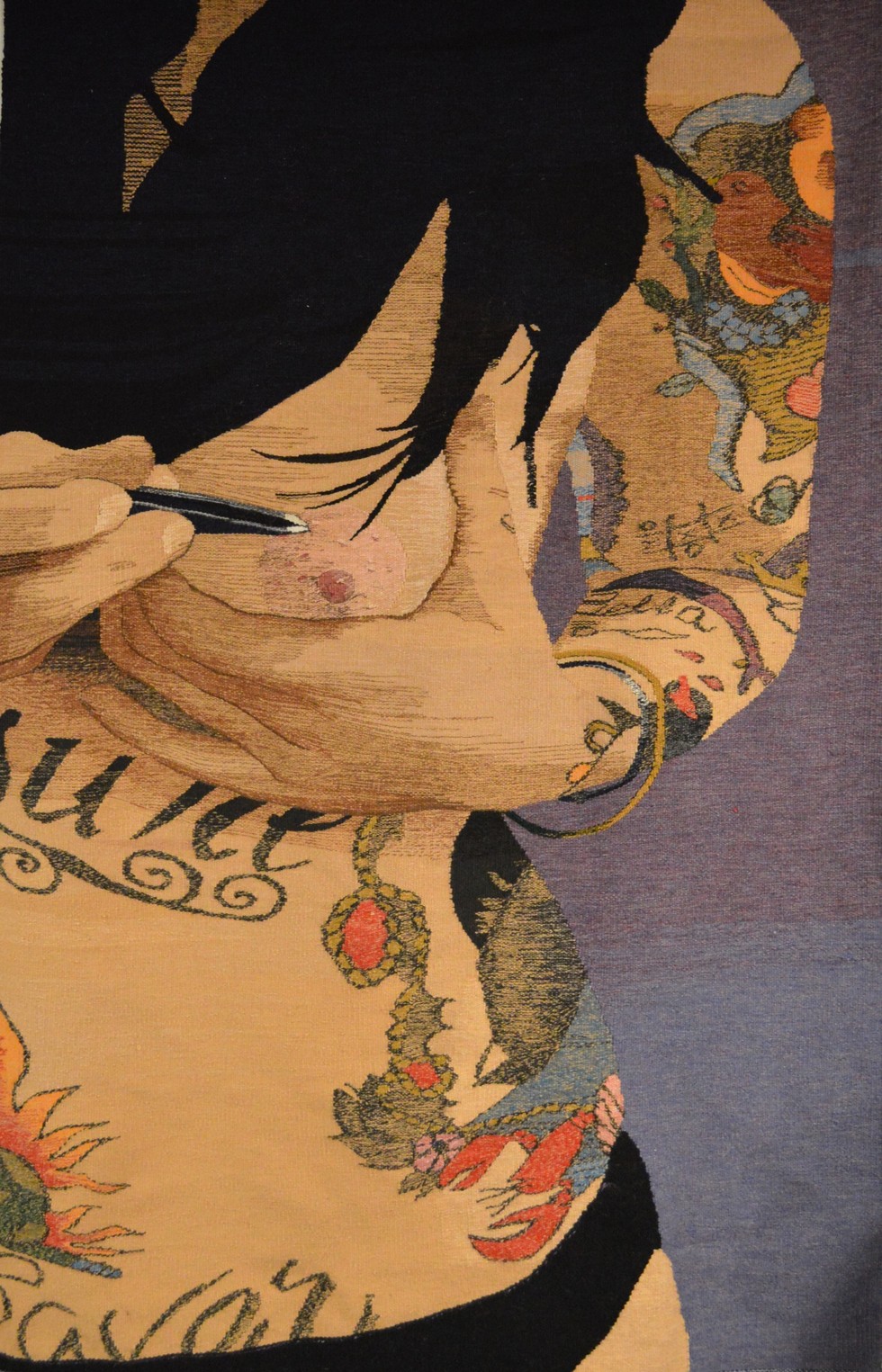 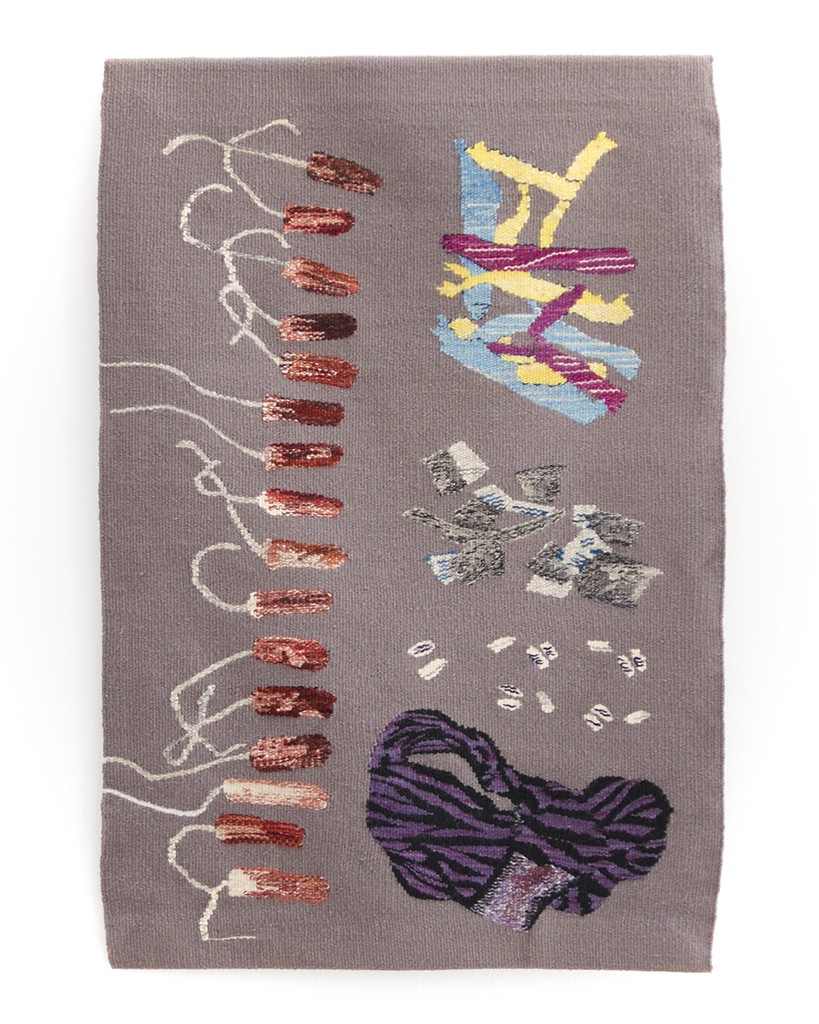 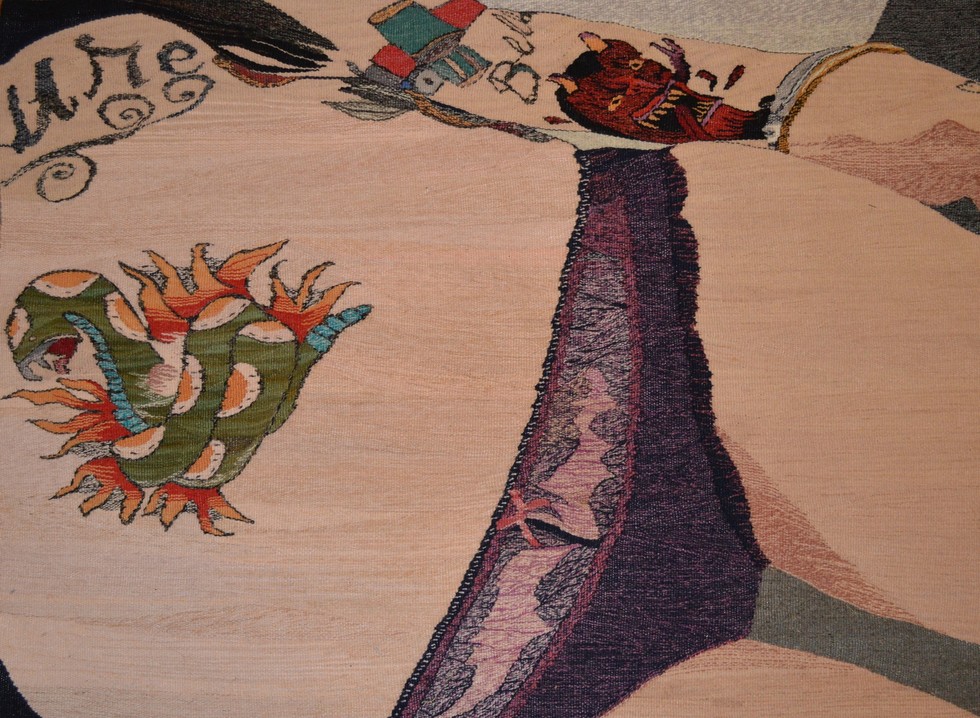 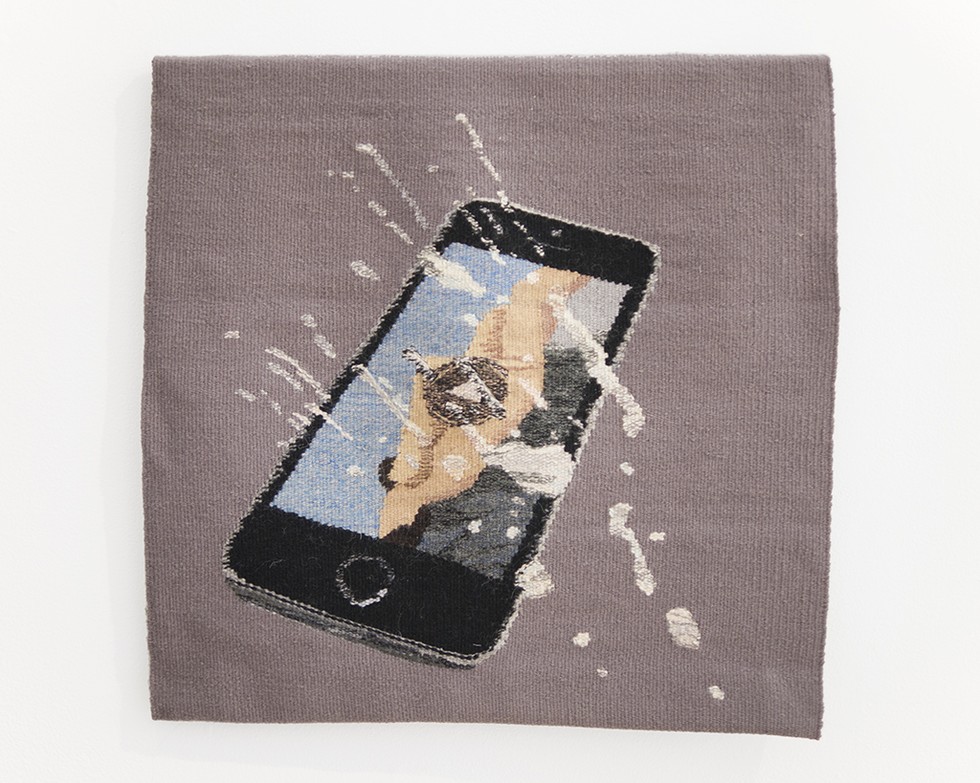 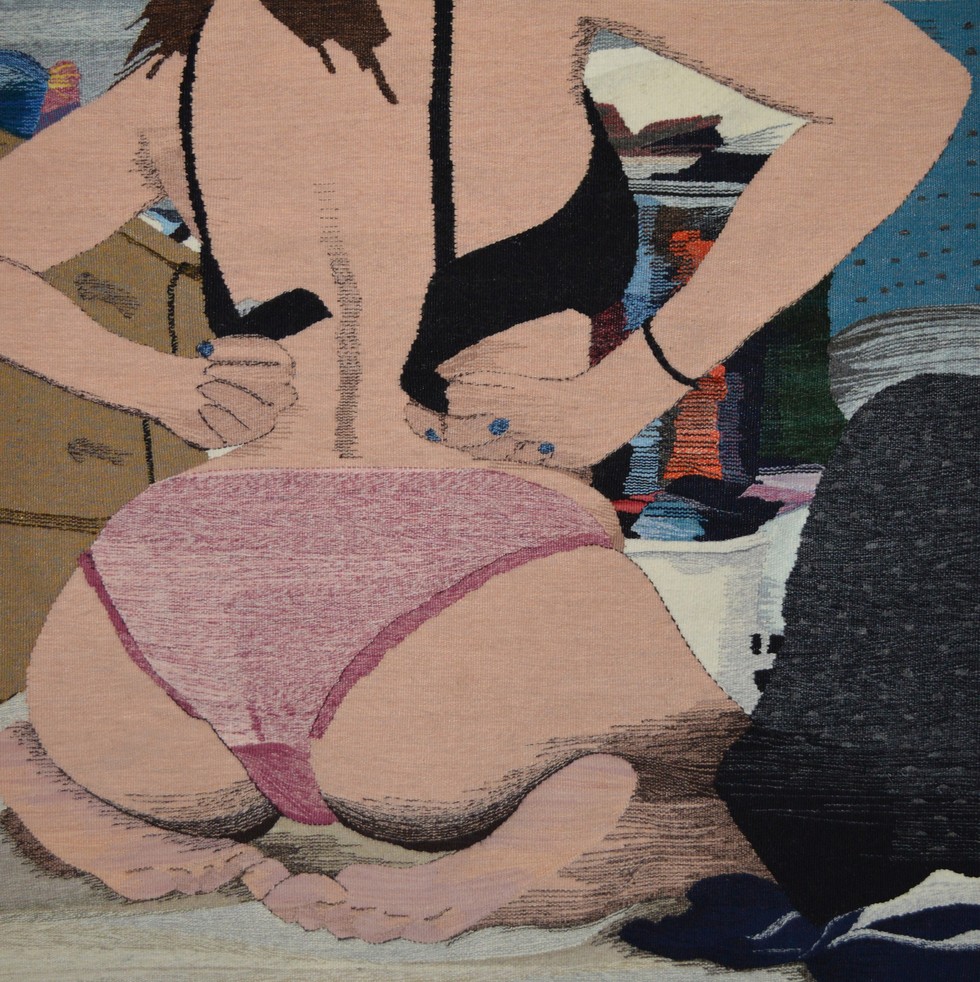 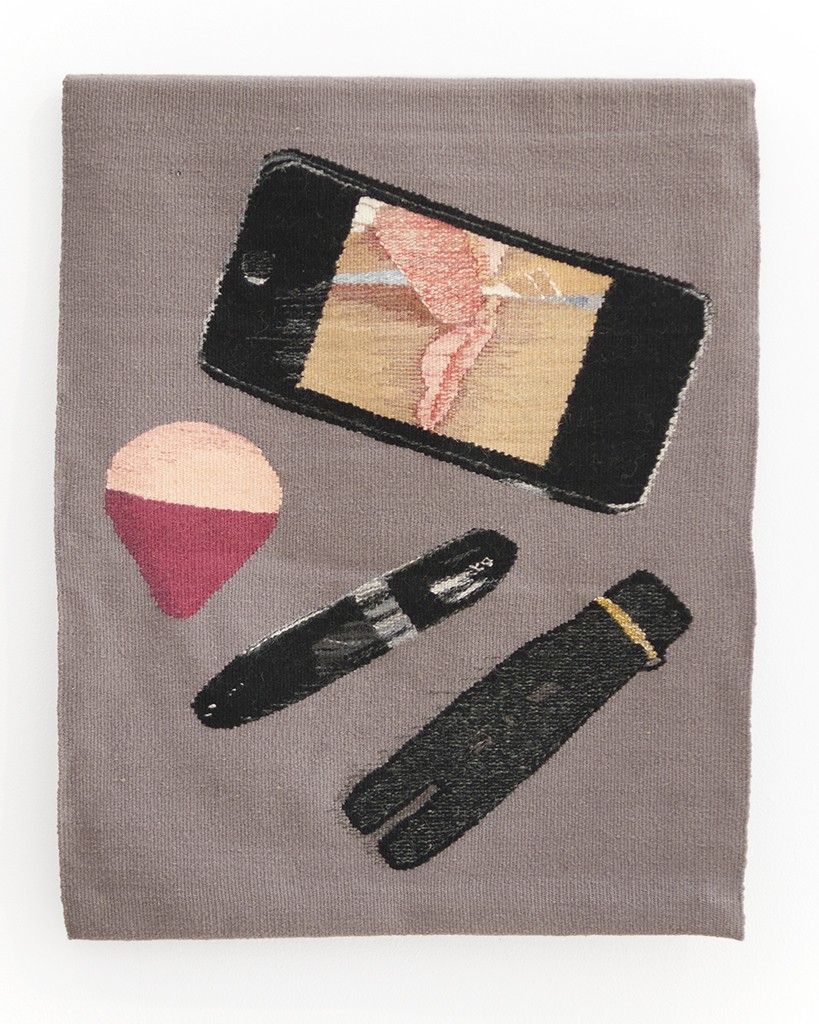 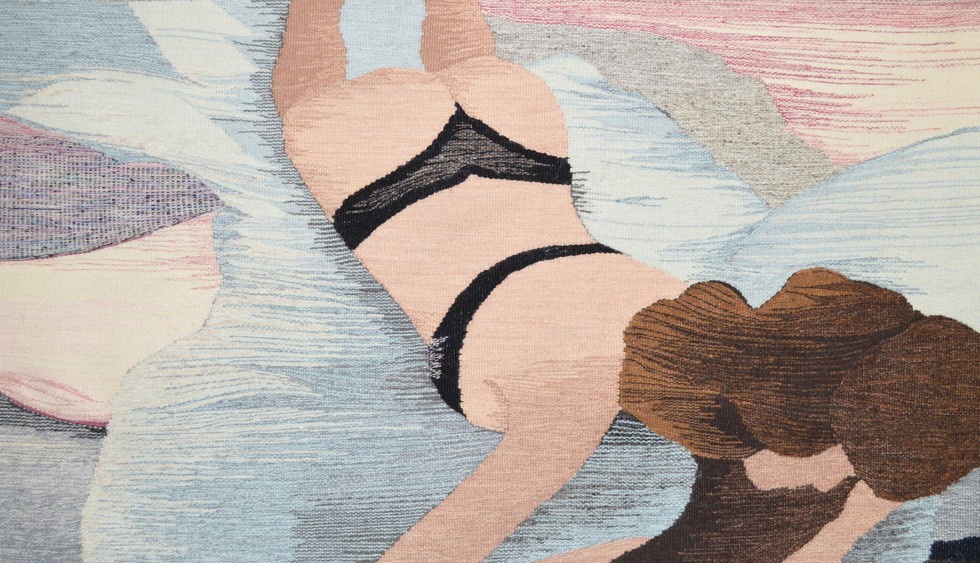 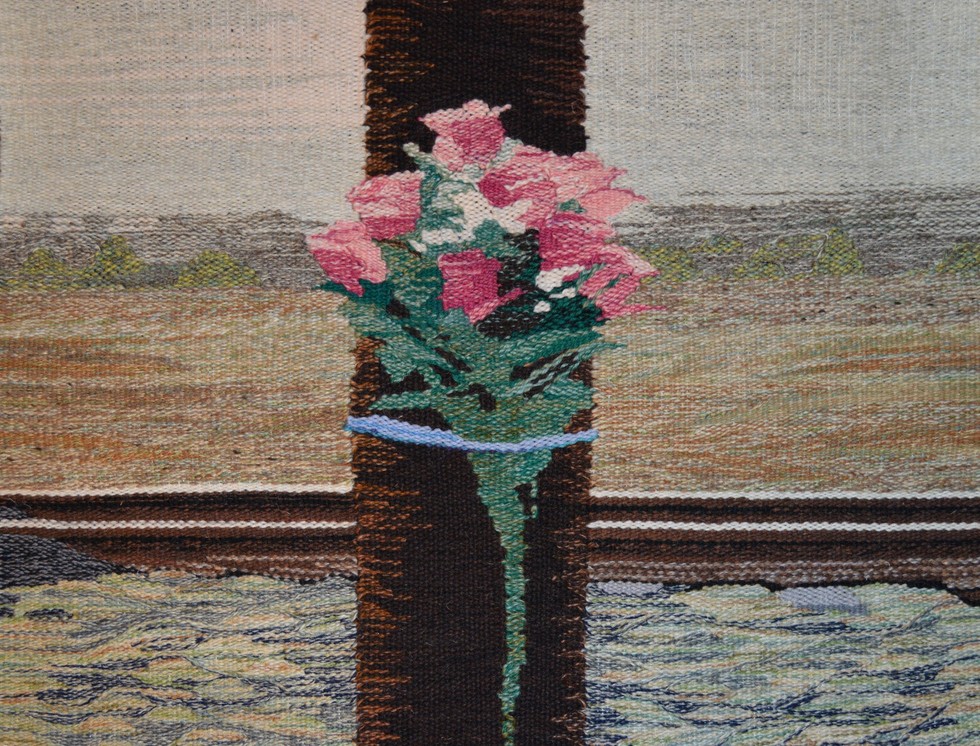 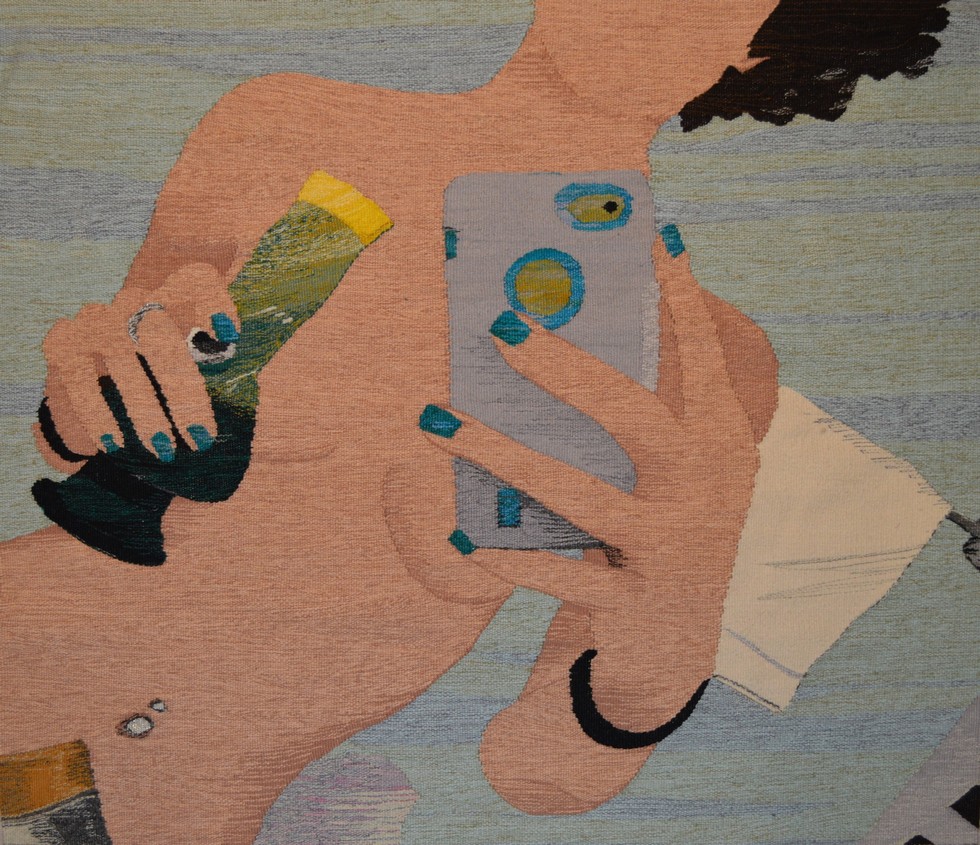 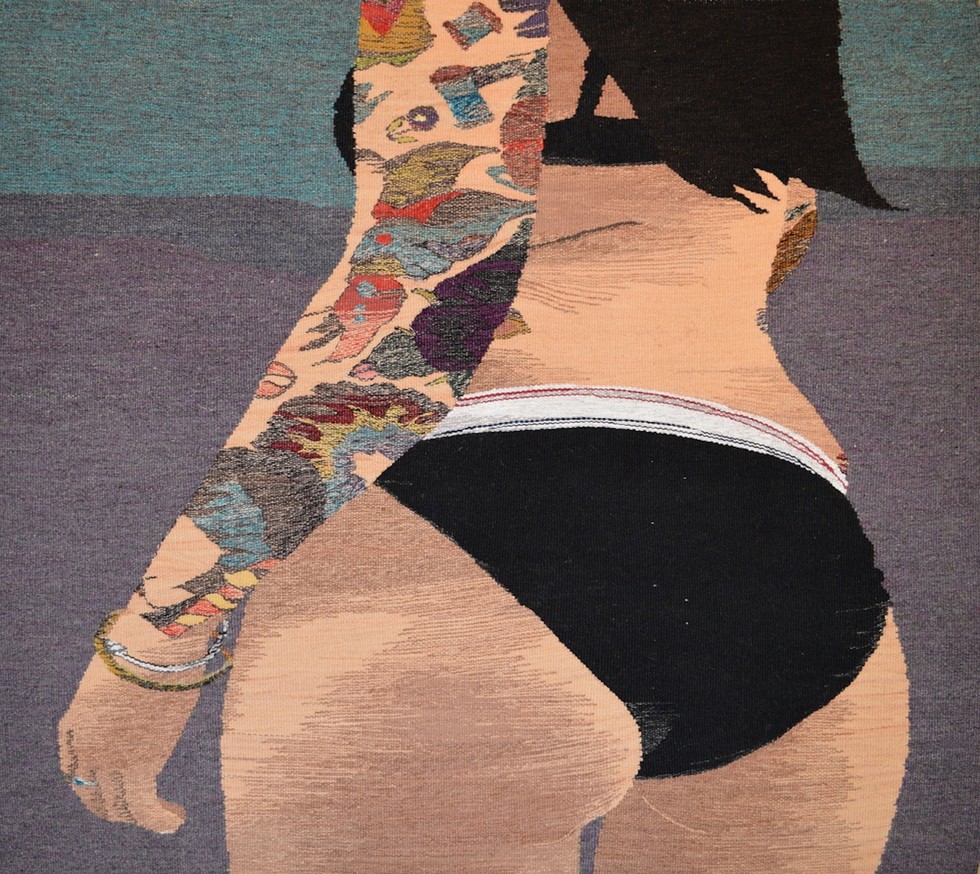 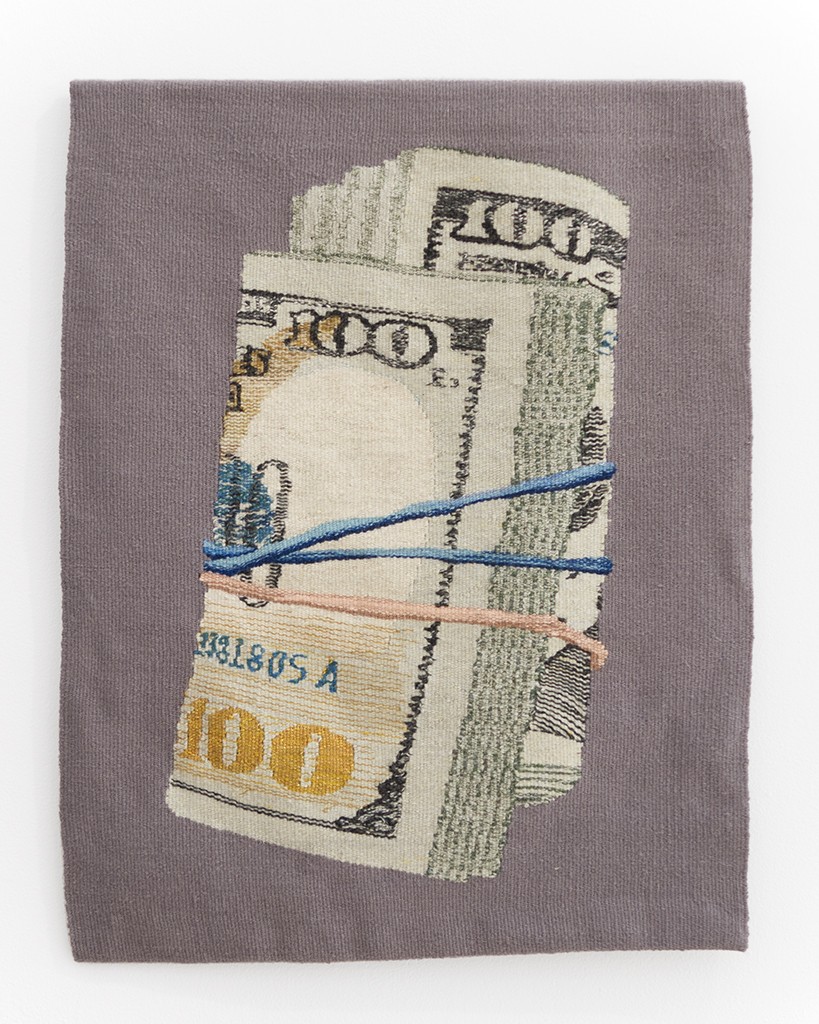 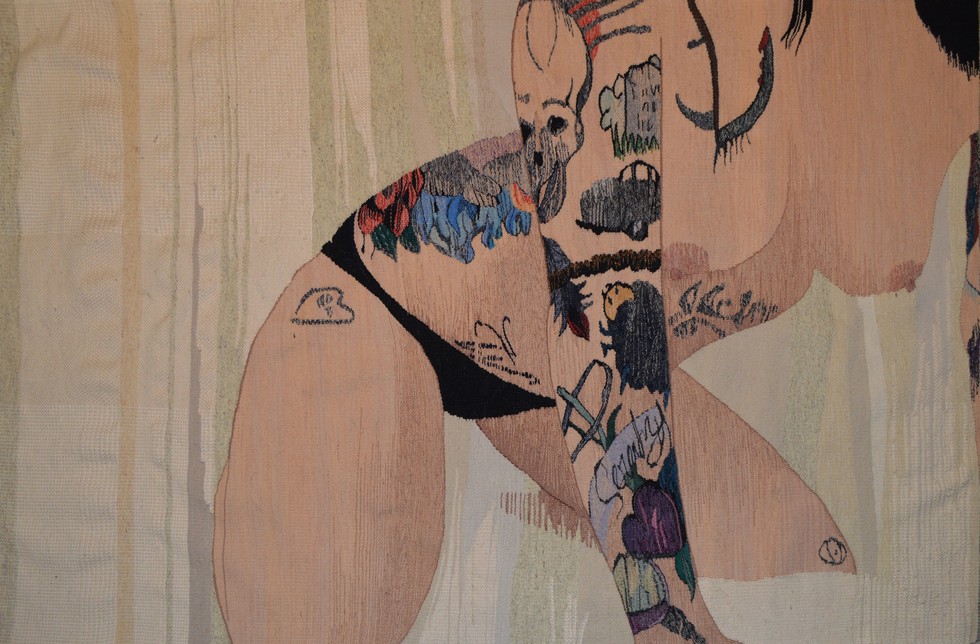 How did you get involved with weaving and why do you think it works for these particular images?

I learned weaving and painting in college. They are similar but there was something about the weaving process I liked. I have to build everything from the bottom up. Painting you can have another session where you add layers, but with weaving there's no chance to add on.

Also, historically, this medium is widely done by repressed women. It's a thing you let your wife do, put them on the loom, give them a task. Even weavers now rarely show something too graphic, it's usually flowers or scenery. So I think my work is kind of shocking in this medium in a way that it wouldn't be in others. I get push back from gallerists a lot. I've been told so many times that I can't show my works because they are "too much." I was going to show a self portrait in a Chelsea gallery but my nipple was in it, so I wasn't allowed. If it was a painting it would have just been a nude, but the tapestry is somehow too erotic.

Your work is also undeniably feminist. Did you make a decision to show these themes in your work?

Growing up my mom was a girl hater and she raised us that way too–-that pretty girls are not your friend. When I first started making this work in my early twenties, I was a little judgy and insecure. I thought of the women I was weaving as "those girls." But then after doing this, I realized that I was sending very similar pictures of myself to the people I was dating, and just because "those girls" had their images show up on the internet, it didn't mean they were any lesser. It wasn't that I had turned into "them." It was me accepting my sexuality and coming out as a sexual person.

This new work shows more intimate moments that aren't just sexy images. It's the things we do that no one sees, that are funny and maybe thought of as gross. There's something great about saying "here is a naked picture of me and you can't hold it against me." So much of being a woman is held against us.

A lot of the images you use are personal sexts that you have sent. Do you think of this as an art form?

When I was a teenager I did a lot of talking in chat rooms. That was before we could send pictures so you had to really explain things. I guess it was practice for what sexting is now.

I always think of sailors or soldiers going off to war that only had one picture of their lover to satisfy them. Now we have a never ending amount of images! But still it seems that when men, especially, are sexting, they just need more and more and more. We have to start to thinking of these creative ways to show our bodies. I'm in this crazy back bend trying to get the best shot and I think: Wow, I must really like this guy.

What about dick pics, do you get any in return to your images?

I have a whole folder of dick pictures that I've gotten my whole life. A lot of me wants to weave them but, I don't know, it feels a bit exploitative somehow. [Laughs.] Maybe that's a project some day.