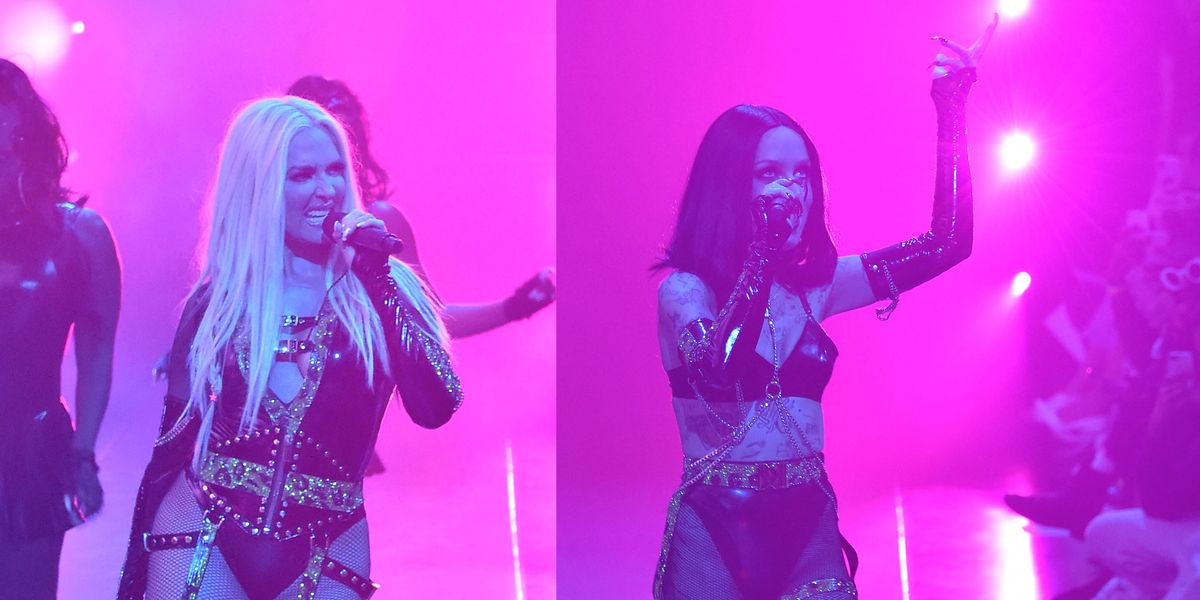 Erika Jayne and Brooke Candy Performed at NYFW Together

The news is out, and the gays are going wild: Brooke Candy and Real Housewives of Beverly Hills star Erika Jayne have a song together, and it's a steamy banger. The track, "Drip," is an in-your-face femme power anthem that combines both stars' styles into a singular, sweat-slicked bop. It's a little of vintage Brooke Candy attitude, a little Erika Jayne-branded bondage, and a whole lot of sex appeal.

The pair debuted the NSFW single at the VFiles NYFW show, where they teamed up on the runway to give the audience a show unlike any other. Videos taken at the event show Candy and Jayne, flanked by masked dancers, meeting at the apex of the runway to deliver pussy-popping verses and choreography. Candy's verse is as explicit as you'd imagine, throwing caution and innuendos to the wind and opting for full frontal swagger. It's certainly in conversation with her never-to-be released verse on Charli XCX's "Lipgloss," but still comes across as brand new.

Candy was so moved by the opportunity to perform at the show that she posted to Instagram to spread the love, writing, "Tonight was magical & my little heart is fluttering with happiness. If you asked me last year if I would be sober, married, and closing down the @vfiles Barclays center show with @theprettymess I would have never believed it. Another small victory towards a much greater goal. Thank you universe!!!!" followed by several emojis.