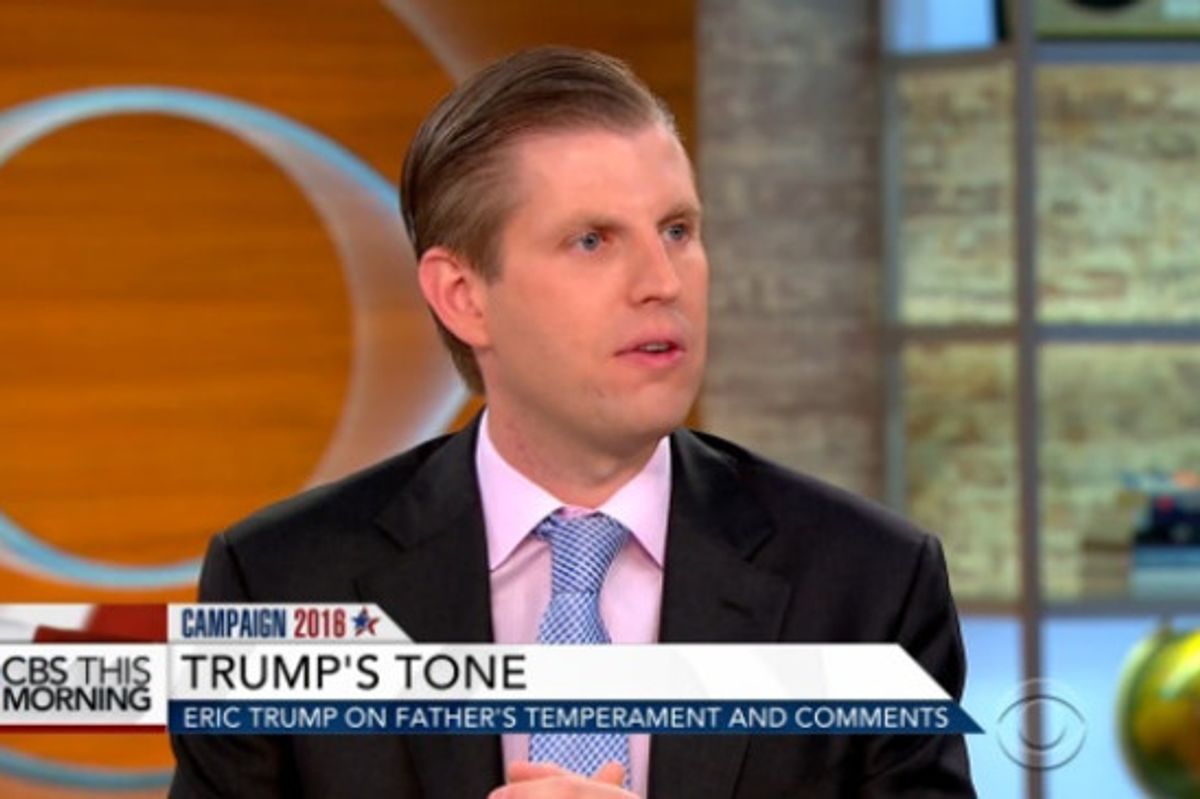 Earlier today, Eric Fartface Trump continued his family's storied tradition of weirding out the Internet by saying that his older sister, Ivanka, would never place herself in a position to be sexually harassed in the workplace by her superior.

In an attempt to explain his father's bizarre USA Today interview -- in which he says Ivanka would simply "find another career or find another company if that was the case" if she was ever put in a Roger Ailes-esque position -- Eric told CBS This Morning that "I think what he's saying is, Ivanka is a strong, powerful woman."

Not sure if you understand what it's like being a woman in the workplace without the support of a billionaire dad, but k. Excuse us while we scream into the abyss.