You Have the Right to Be Courageous: Eric Reid

The great poet Maya Angelou once said that "Courage is the most important of all the virtues, because without courage, you can't practice any other virtue consistently." Unwavering. Unrelenting. Unflinching. Unapologetic. Carolina Panthers safety Eric Reid is the living embodiment of courage. Understanding that courage isn't merely something someone has but something that someone does, Reid's commitment to the lives of Black people and their ability to thrive has been unshakeable. While on the San Francisco 49ers, he was the first professional athlete to join with teammate Colin Kaepernick in his protest. His representation of the right to be courageous serves as a reminder that courage is active and kinetic, premised on the power of conviction and the indefatigable urge to live a principled life by design, not merely by default. 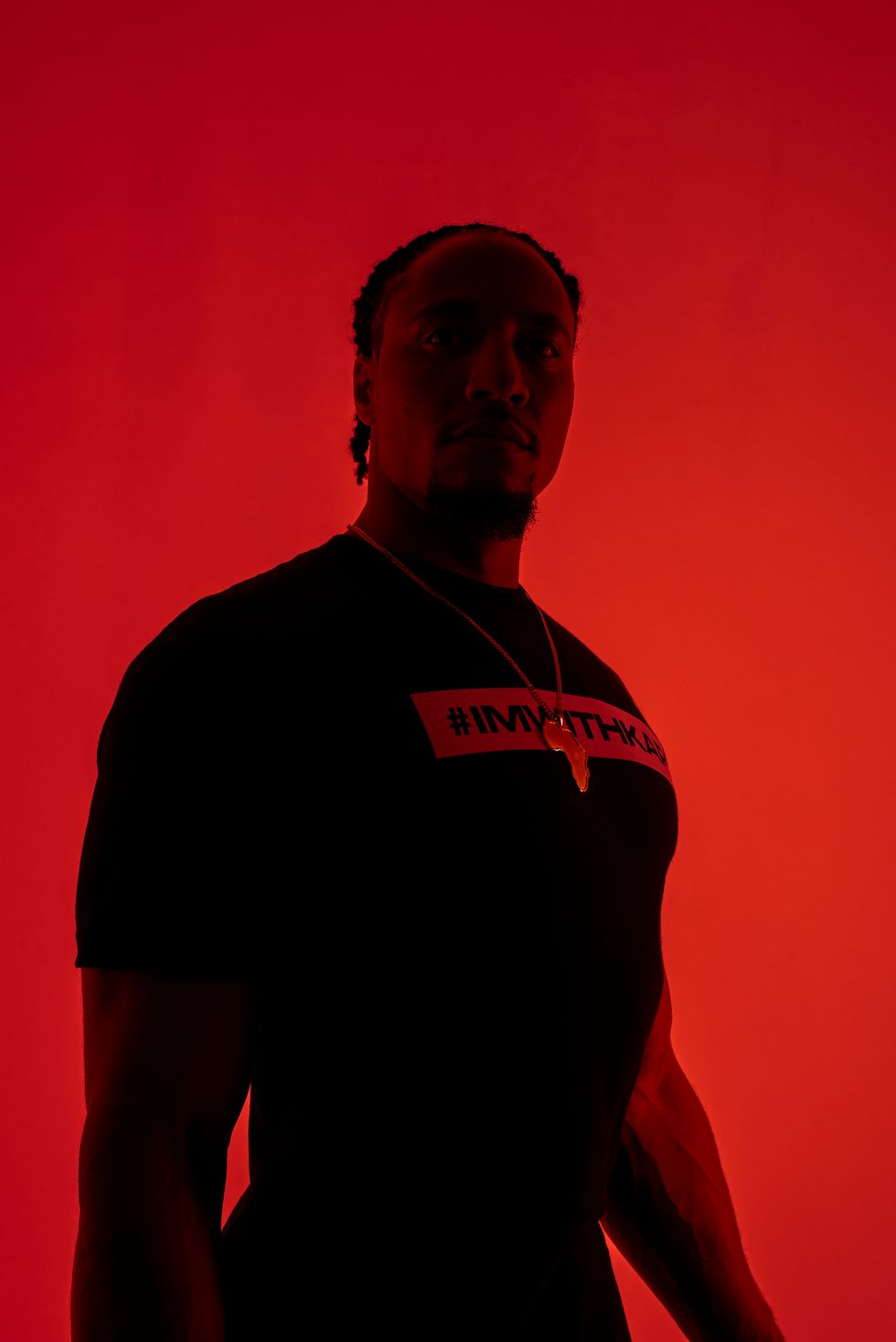 What does it mean to be courageous?

Eric Reid: Courage is having strength in the face of adversity and doing something that other people wouldn't do in that moment.

Why is society intimidated by a courageous Black person?

ER: It disrupts the power structure for a person of color to have courage and to show strength in the face of a system that's meant to oppress them. People aren't used to that. And when they see it, they don't know how to handle it. Some people are scared of it. And things that people are scared of, they tend to be against.

How does one overcome the fear to be courageous?

"Courage is having strength in the face of adversity and doing something that other people wouldn't do in that moment."

Why is it important to support someone who is being courageous?

ER: I think it starts with self-esteem. And self-esteem becomes self-love. When you love yourself, you can love somebody else, and when you love somebody else or you do something that goes against a system that's in place, people will attack you for it. They'll isolate you, as I've seen with my brother Colin. So it's important that you let that person who's been isolated know that you're there for them, because if not, the psyche becomes affected.

How can someone exemplify courage in their everyday actions?

ER: I think it's as simple as supporting somebody who needs support. We live in a society that views needing assistance as a weakness. But everybody needs help in some shape, form or fashion. So being a person of conscious to stand next to somebody who needs help, no matter what that form may be, [exemplifies courage].

What does "You have the right to be courageous" mean to you?

For more resources related to You Have the Right to Be Courageous, visit: www.knowyourrightscamp.com.