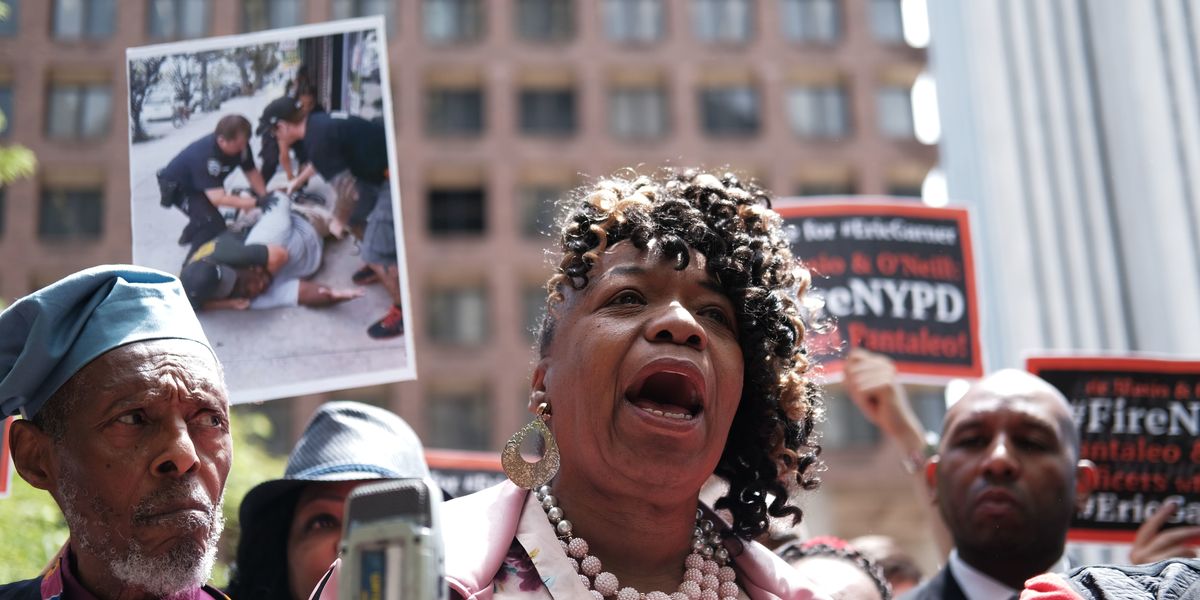 Daniel Pantaleo, the NYPD officer responsible for Eric Garner's death, has been fired. The decision was announced by New York police commissioner James O'Neill today in a press conference, months after a grand jury and the Justice Department, led by Attorney General William Barr, announced they wouldn't charge Pantaleo, ruling there was "insufficient evidence to prove beyond a reasonable doubt" that the officer violated federal civil rights law while attempting to arrest Garner.

Despite the Justice Department's decision, earlier this month a New York administrative judge recommended Pantaleo should be let go, which is what moved O'Neill's hand.

Related | Hashtag Graveyard: How to Save a Movement From Dying

Pantaleo's firing — which is his first legal punishment — comes a month and five years after Garner's death on July 17, 2014, due to the fatal chokehold Pantaleo used to subdue him for allegedly selling loose cigarettes. The officer can be seen in video footage choking Garner, who said again and again, 'I can't breathe.'"

"I stand before you today confident that I have reached the correct decision," O'Neill said, via TIME. "It is clear that Daniel Pantaleo can no longer effectively serve as a New York City police officer."

He continued: "In carrying out the court's verdict in this case, I take no pleasure. I know that many will disagree with this decision, and that is their right. There are absolutely no victors here today. Not the Garner family, not the community at large, and certainly not the courageous men and women of the Police Department who put their own lives on the line every single day in service to the people of this great city. Today is a day of reckoning, but can also be a day of reconciliation."

The police commissioner said he might have made "similar mistakes" in Pantaleo's situation. "If I was a cop, I would be mad at me."

Indeed, according to CNN, the New York police union that represents Pantaleo has already put out a statement, condemning O'Neill's decision: "he has chosen politics and his own self-interest over the police offers he claims to lead. He has chosen to cringe in fear of the anti-police extremists, rather than standing up for New Yorkers who want a functioning police department, with cops who are empowered to protect them and their families."

Many are applauding O'Neill's decision online. However, Black Lives Matter activists don't see Pantelo's dismissal as a satisfactory enactment of justice, given that he will not face criminal repercussions for his actions.

"We know this is only a partial victory for the Garner family, who have not yet seen the officer held criminally accountable. #EricGarner #EnoughIsEnough," the official Black Lives Matter twitter account posted after the announcement.

We will continue to support the Garner family and fight for the day Black people are valued and deserving of protec… https://t.co/QnqTzrhUw3
— Black Lives Matter (@Black Lives Matter)1566235512.0

Garner's daughter, Emerald Snipes — who along with her sister, the late Erica Garner, has become a leader in the Black Lives Matter movement — said at a press conference alongside Reverend Al Sharpton, that although she approves of O'Neill's decision, she will still fight for legal justice. Right now, she's focusing on advocating for the "Eric Garner Law" which would outlaw police use in New York City of the chokehold in any form that restricts breathing — including the 'seatbelt technique' or 'seatbelt maneuver.'