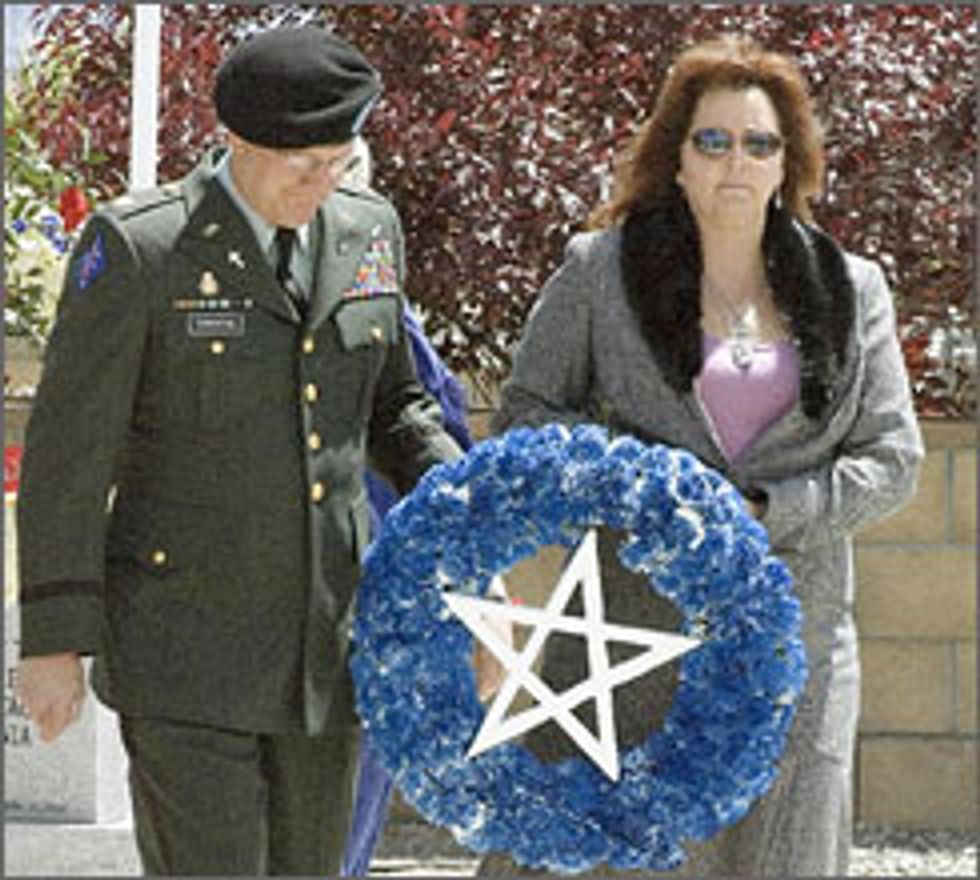 Kudos to the U.S. Department of Veterans Affairs for adding the Wiccan pentacle to VA gravemarkers in our national cemetaries! Wicca families of fallen soldiers will now be allowed to affix the witchy emblam, a five-pointed star known to all Goths and Cher fans, to the government-issued headstones of their departed loved ones who lost their lives in our nations quest for power...uh, democracy.

In an article buried in the L.A. Times yesterday, Rev. Barry W. Lynn, director of Americans United for Separation of Church and State, which represented the Wiccans in the lawsuit, said, "This settlement has forced the Bush administration into acknowledging that there are no second-class religions in America, including among our nation's veterans " Wow, there is gonna be some gooooood stuff spit down from the pulpit this Sunday down in Bush country!

From the L.A. Times:

Eleven families nationwide are waiting for grave markers with the pentacle, said Selena Fox, a Wiccan high priestess with Circle Sanctuary in Barneveld, Wis., a plaintiff.

The settlement calls for the pentacle, whose five points represent earth, air, fire, water and spirit, to be placed on grave markers within 14 days for those who have pending requests with the VA. "I am glad this has ended in success in time to get markers for Memorial Day," Fox said.

...The pentacle has been added to 38 symbols the VA already permits on gravestones. They include commonly recognized symbols for Christianity, Buddhism, Islam and Judaism, as well as those for smaller religions such as Sufism Reoriented, Eckankar and the Japanese faith Seicho-No-Ie. Wicca is a religion based on respect for the earth, nature and the cycle of the seasons.

Maybe the next fight is getting more Wiccan respect for the earth into the White House! 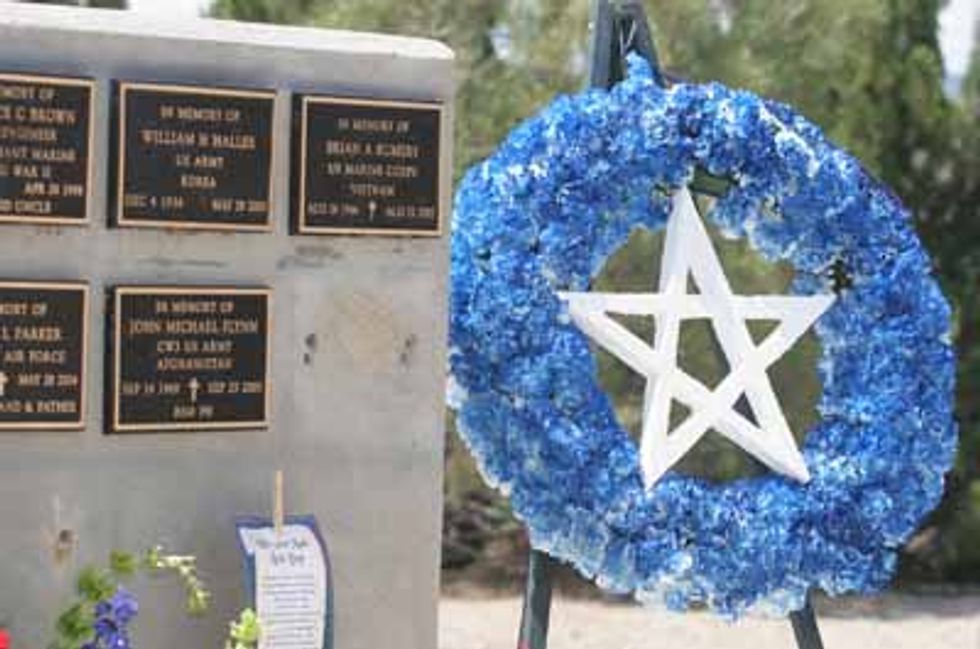