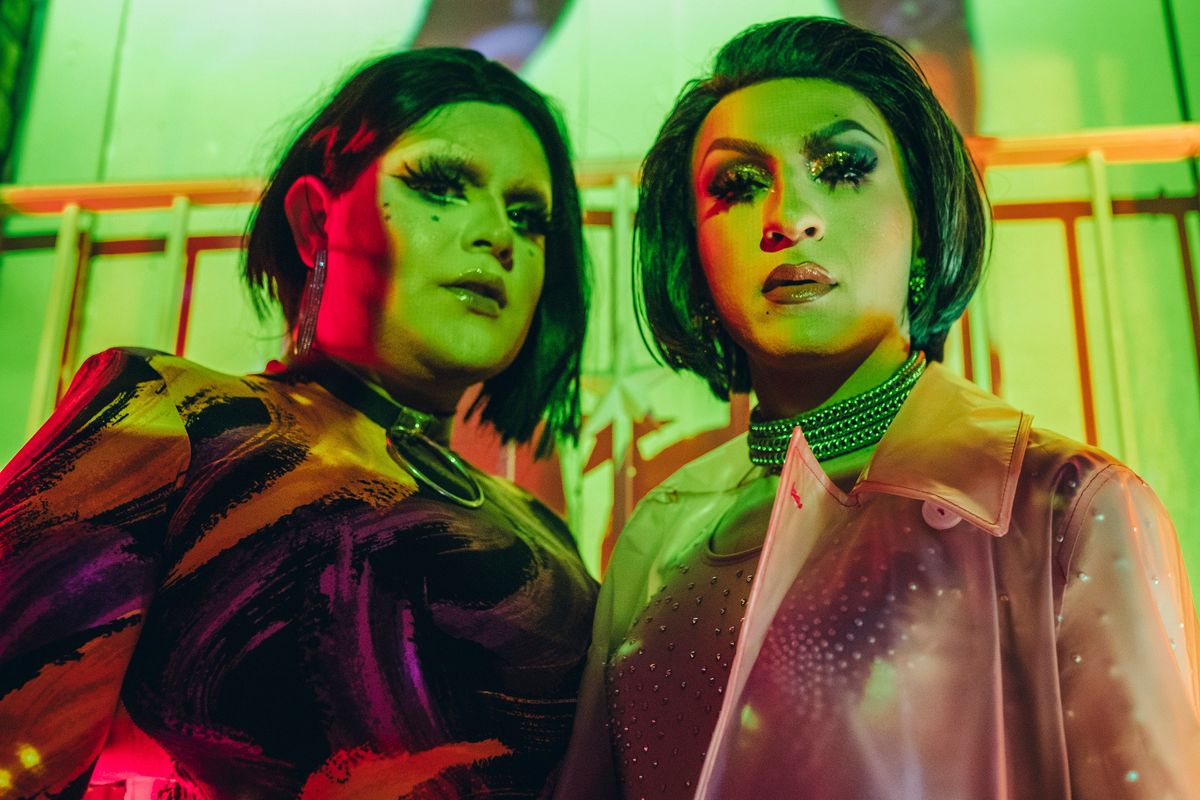 This Austin Party Made Space for Local Queer Voices

The LGBTQ community of Austin is "family-like," says performer and makeup artist Belladonna, who's become a local fixture in a small scene of queers making space for themselves outside the cis gay heteronormativity of Texas' capital. In collaboration with Red Bull Music, this weekend's Equal Axis party aimed to support that mission, inviting go-go dancers like Belladonna to whip their wigs alongside a lineup of DJs and collectives that reflected the city's intimate outsider attitude.

The event's title was a clever play on the term "Equal Access," which rolled out Saturday night with no VIP's or special treatment for any guests. Austin's own underground DJ collective Thank You For Sweating (TYFS) organized the party with Unbounded Agency, and worked diligently to prioritize POC, queer, gender non-conforming and non-binary talent, as well as allies on their bill.

British-Japanese DJ Maya Jane Coles was flown in as Equal Axis' special guest (her Texas debut), before House of Kenzo, a multidisciplinary art collective, closed off the night with an experience that blurred the lines of DJ set and performance art. They filled the stage covered in sheets and black-and-white face paint, as the DJ's ferocious electronic took off and one HOK member chanted wildly on the mic: "Like a flame, burning," they screamed, at one point writhing through the crowd across the floor.

While it's easy to associate LGBTQ radicalism with major cities like NYC, LA or Chicago, Equal Axis made it clear that Austin's own scene is thriving — and in a largely conservative state where forcefully creating space is vital in 2018. Check out photos from the event's performers, DJs and attendees, below.