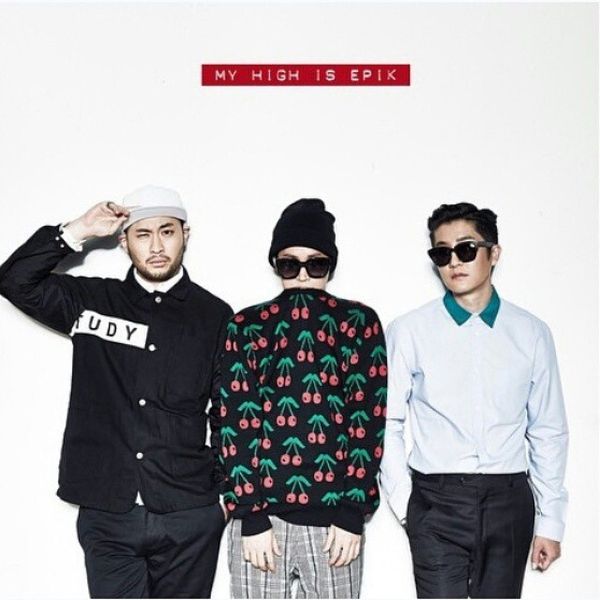 Epik High Is Back

After almost three years since they made their mark as the very first Korean group to perform at Coachella, Korean hip-hop group Epik High has returned, and with new music coming soon. The trio, made up by Tablo, Mithra Jin and DJ Tukutz, are reintroducing themselves to the world as they usher in this new phase in their career, having left major label YG Entertainment (BLACKPINK, Big Bang, G-Dragon, Psy).

This month, the band is releasing their first independently-produce album, and the first new music since their 2017 studio album We've Done Something Wonderful. They're also going on tours in both Europe and North America — both of which are almost sold out.

PAPER spoke with Tablo to talk about why the band left YG, what they've been up to since, and what's next for them.

What made you decide to leave YG?

We had seven amazing years there. Forged friendships and made memories that'll last. But I believe that life should have chapters. And it was time, not only as artists but as just us, to turn the page.

What have you guys been up to since you dropped your last album in 2017?

We did a ton of concerts and festivals after the WDSW album, but other than that, I've either been sleepless in bed writing songs in my head (which became this new album "sleepless in __________") or running around all crazy with my family. My daughter Haru is quite a personality. Time flies when your best friend is 8 years old and believes she was a pink dolphin in her past life.

How is this new era of Epik High any different from your work before?

Ironically, I think what sets us apart is that we aren't bent on being different or new or current or whatever. And honestly I think the times need artists who do just that right now. I dare not predict where we'll be headed in the coming years, but I think this new album is so good because it's so us.

Never ending insomnia! Also, I believe that a person's sleeplessness reveals their greatest aspirations and biggest fears all at once. You may be sleepless because you're driven by a dream; at the same time, you may be sleepless because you suffer from nightmares. Sleeplessness is just as fascinating and fucked up as love, and like love, it is one of the most human things of all. It deserves to be a muse to as many songs as love, no?

What should fans be looking forward to in the new album? Who are your collaborators?

Hopefully it'll become your driving playlist, study playlist, and your bedside playlist. The album has collabs with Yuna, BTS's Suga, Crush, sunwoojunga and Code Kunst. Epik High likes to choose collaborators for each project as you would cast a film, and we've always been blessed to have the best in the industry work with us. Speaking of film, the music video for "Lovedrunk" was directed by Bae Jong (aka Park Kwang-hyun, who directed the classic Korean film "Welcome to Dongmakgol") and stars IU and Jin Seo-yeon. Fans of both music and film will love it.

What do you think about this sudden global surge of K-Pop with acts like BTS performing at the Grammys, and BlackPink at Coachella?

I disagree that it's a sudden surge. Years and years of hard work and heartache has been put in, not only by the artists but by the fans, for the light to grow as brilliantly as it did. I'm rooting for everyone.

How would you define Korean hip-hop?

I would say that hip-hop anywhere, by definition, escapes definition. What it is and can be is completely unique to each individual doing it. With that in mind, Korea has some amazing individuals you might wanna get to know.

Is it the genre's turn to make it big?

That already happened, no?

Fair point. Are you all excited to go on tour?

Absolutely! We look forward to meeting our fans first and foremost of course, but we can't wait to try each city's cuisine. There are seventeen cities on this tour, so we're not packing any belts.

After the album drop and the tour, what other projects are you all hoping to do?

After Europe and North America, we're planning an Asia tour as well as the awesome annual concert series we do in Seoul. We've also got some fun things planned for our YouTube channel. Personally, I'm considering a new book and brainstorming some things in the scripted TV/film area.