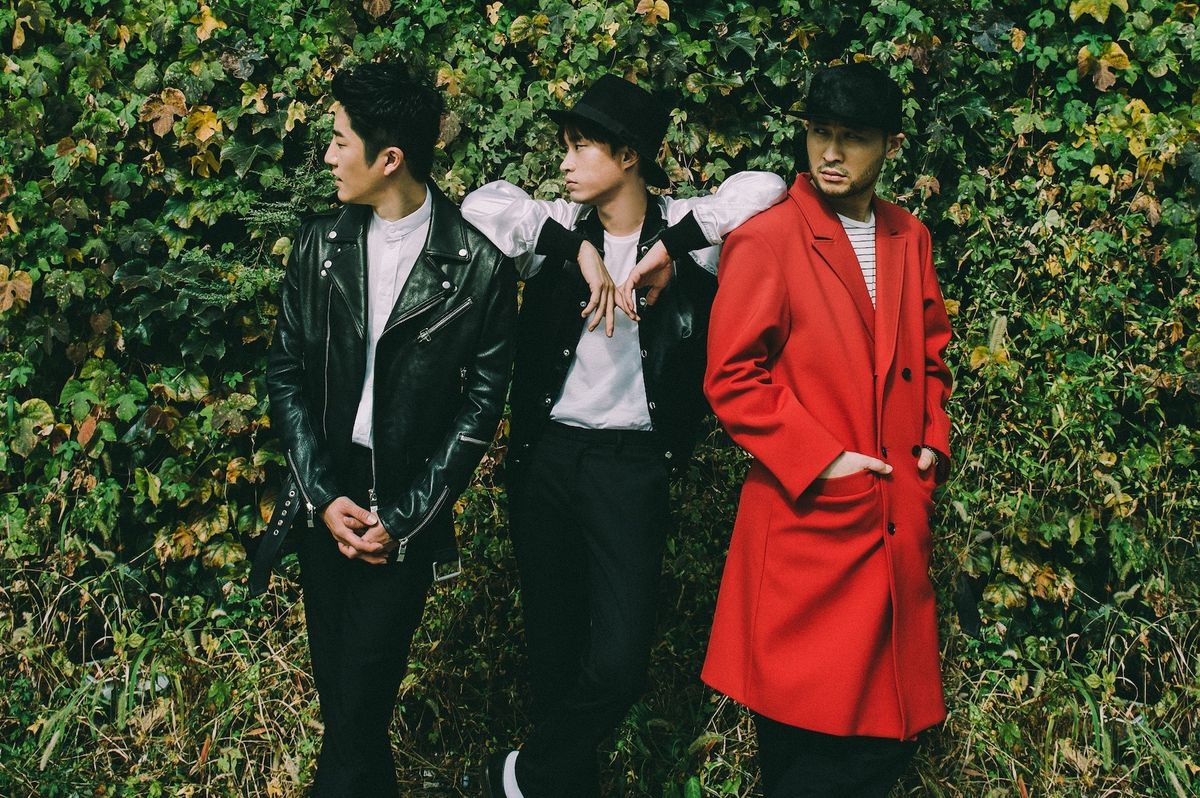 This year, Coachella -- arguably, America's most influential music festival --will host a Korean group for the first time in its 17 year history. However, to the surprise of many, their invite was not extended a pop idol group à la EXO, Girls' Generation or BTS, but to Epik High - an alternative hip-hop trio made up of members Tablo, Mithra Jin and DJ Tukutz, who mix elements of dark balladry, pop and even jazz into their tunes.

And although they've been signed to the influential Korean company, YG Entertainment (home to BigBang and 2NE1) since 2012, their roots trace back to the underground club scene. They rose to prominence around 2004 with their second album, High Society, but the group was already infamous for antagonizing the ultra-conservative Korean society with lyrics that took barbed shots at media, corporate companies, the government and even the entertainment industry. Just take Tablo's series of "Lesson" tracks, one of which appears on each studio album, numbered from 1 (Tablo's Word) through to 5 (Timeline), where he raps things like, "Computer, phone and TV, a tightrope walk of the public opinion/There are only idols that bite tongues and no savior/If you shut up, you make money but if you speak up, you get punished".

This diversity of songwriting and their reputation as charismatic performers is surely what drew Coachella to bring them to Indio, where they may well face the challenge of winning over a curious but uninformed crowd -- which is where we come in to talk to Tablo about everything from k-pop to tough crowds.

What was your reaction upon hearing Coachella wanted Epik High to play, and that you'll be the first ever South Korean group to take part?

"Are we the first Korean group?". I guess my reaction was the same as when we're invited to other big festivals... which is just "Awesome". We're getting a lot of congratulations but I'd like to ask people to hold off on the congrats until...after the show. You know, our duty is provide a good show for the people there and if we pull it off and they have a good time, a little bit of applause would be awesome.

Why do you think Epik High was chosen rather than an idol act or indie group?

I think it's because we're right in between different genres and types of music -- we're a mainstream group that behaves like an indie group, for example. We started off underground and independent and grew organically. I don't know the exact answer to this but maybe that's why we struck a chord across seemingly unrelated audiences and tastes.

Acts often prepare new setlists for festivals to make sure they appeal to the wide range of people attending. What's Epik High's gameplan for taking on the American crowd?

Our discography, by nature, is free ranging. We've never felt the need to mix things up, songs range from very chilled out to energetic and the discography is so diverse it's hard to have one vibe through the show. I actually have no clue why, but at the end of a set it apparently seems coherent. It's a lot of luck! I think people who have come to our concerts before will see something different at Coachella -- but we're not catering to the perception we have of what a Coachella set would be. I think we're just going to be ourselves. We switch up the sets for every show anyway, on tour we do a different set for every city. Sometimes it's crazy to prepare for that but it keeps us interested and we have to be interested.

How do you remember all that? Do you forget lines?

Do you style it out successfully?

Sometimes I just freestyle, sometimes Mithra or Tukutz will jump in and do something witty, but most of the time I just smile and laugh at myself, like, "How stupid am I?!"

The majority of the Coachella audience may never have heard an Epik High song -- and may even been unfamiliar Korean pop or hip-hop. What's your mindset when it comes to converting new audiences?

We're actually hoping the majority for our show will be those people. A long time time ago when we started off performing at small clubs where there'd be, like, just a dozen people... actually back in the day even performed at a zoo.

Just to the animals...

Basically. And two elderly drunk men. But even when we did all that [compared to] today when we're performing at stadiums, it still feels the same way. We enjoy it all. It's perfectly alright for us if the audience doesn't get won over. As long as they have good time while they're there, it's okay if we don't sit center stage in their memories after the show. And that mentality has helped us do it for so long, we can seriously still perform to a crowd of ten and then the next day perform to 10,000 and do it with the same energy.

SXSW started the ball rolling with the K-Pop Night Out, however, it's still quite a small, though integral, part of the festival. Do you think Epik High could be the beginning of having Korean acts at the really big American music festival?

It would be out for character for us if we knowingly took that responsibility or if we claimed to be there to do that. But it would certainly be an amazing feeling if our presence at Coachella helps other musicians later down the road.

The Hallyu [Korean pop music] wave was always predicted to sweep America. And though some groups have found varying degrees of success in the USA, the explosion never really happened. Could Korean hip-hop be one to really break through barriers?

I actually don't know. Personally for me, I am speculative of any wave. It's really up to the individual who rides the wave. Trying to group all these musicians as one wave, just by the fact that they're Korean...it's too much of a burden because it's a given that anyone who rides this wave has to succeed. I think the focus should be more on the individual. Even though I may have a foot in the wave, I'm not really aware of it. I never thought it was bigger than each individual.

Coachella is one long-ass festival. What will you be doing between stage sets?

We're definitely be there a lot, we'll be back and forth between LA. We've got a house and we're going to be checking out the other acts.

Los Angeles isn't short of a music studio or two. Will Epik High be doing some recording out there?

I actually might be forced to record while I'm out there, there's a lot of collaborations that need to be done in time. And I think I'm going to be meeting up with some of the acts that are there and talking about collaborations, trying to hook something up and do something cool.

This is the biggie then - it's been two years since your last record, when would you like to release new material ?

That's actually the question I get from YG almost every other day. And the answer I give you is the same I give YG: it'll come out when it'll come out. We have a lot of songs, I'm actually in the studio right now, I've worked on 23 songs in the last three weeks. The problem is most of these songs won't make it on the album because most of these songs aren't that good. [laughs] I really need to work on a lot more songs!