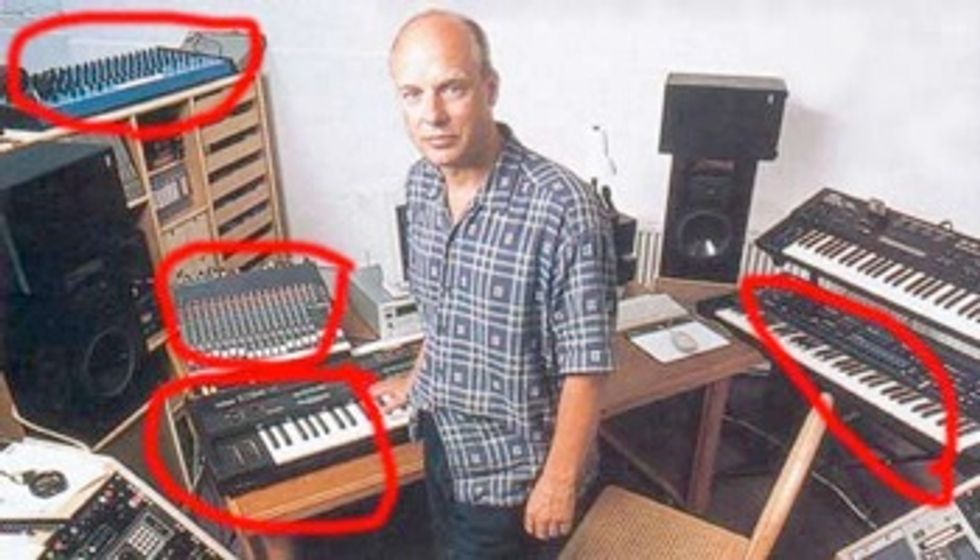 Brian Eno is the musical genius reponsible for Music for Airports and many other sonic sensations. He is Mr. Ambient and one of the few musicians to be respected by a musical cross-section from his days playing with Roxy Music to producing the likes of David Bowie, Talking Heads and U2 before merging into the ether where he now presides in a very ephemeral way. So it's news when Eno decides to sell-off his personal music-making gear. The question on many lips is why? According to one source, despite his reservations about computer recording, Eno has now decided to go further into the computer only world and sell his studio.