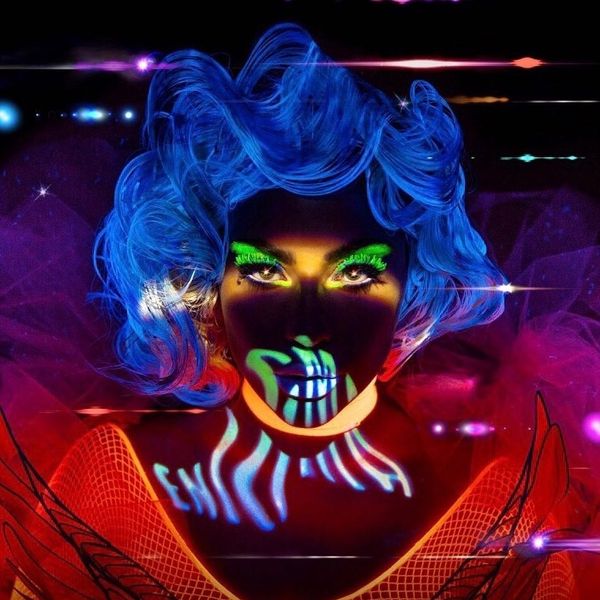 What on Earth Is Going on in Lady Gaga's ENIGMA?

Tonight is the opening night of Lady Gaga's highly anticipated Las Vegas residency ENIGMA. First announced back in August with a stunning neon Nicola Formichetti-styled poster, the residency promised to be Lady Gaga's biggest production to date offering a survey of her pop career with hints of new material thrown in. The hype around the residency understandably died down as soon as A Star Is Born-mania swept across the country but now as the curtain is about to be raised Gaga has brought all the focus on ENIGMA.

Related | Lady Gaga Is a Day-Glo Fantasy in 'ENIGMA' Poster

Teasing bits of rehearsal footage behind the scenes clips on Instagram throughout the past month, Gaga dropped the mother-of-all trailers today and its...well, just watch.

A jaw-dropping 40-second swan dive into a CGI cyber-fantasy world, if you weren't hyped for ENIGMA already you sure are now. Centering around a Tron-meets-Hatsune Miku avatar of Gaga zooming through the matrix, the short clip is unlike anything we have seen from Gaga, or any other mainstream artist, before and we are 110% here for it.

Featuring music and sound design by Berlin-producer, Boys Noize, fans are now speculating that the clip will likely set up the world of ENIGMA and that the characters in the video will make appearances as holographic projections. Keen fans also noticed the reappearance of PetGa at the end of the teaser, a character who originally appeared in the Artpop App back in 2013 the reference is fitting given a reference to Gaga as an "enigma pop star" in the album's title track "Aura." Lady Gaga is clearly giving us everything we ever wanted and didn't even know we needed