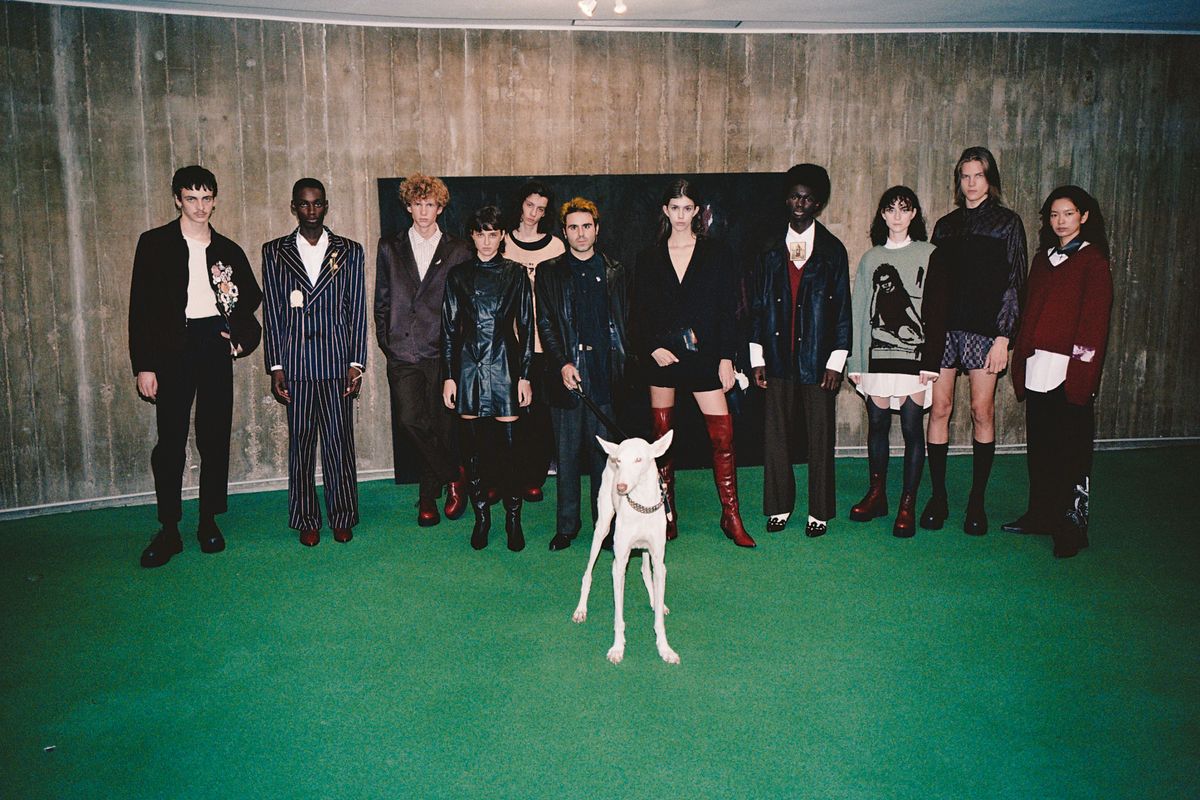 Los Angeles-based label Enfants Riches Déprimés — which translates to "Depressed Rich Kids" — is curating high fashion iterations of the rebel-punk "e-boy" and "e-girl" aesthetic (the counterculture style popularized among Gen Z on TikTok). Specializing in leather jackets, tailored shirts, oversized sweaters and graphic t-shirts, the brand's previous lines have long appealed to the nonconformist crowd, and its latest collection is even more insurgent.

For Spring 2021, Creative Director Henri Alexander Levy expanded his repertoire with a 10-minute, debut film, titled "Desolate Then," which in his words, "[Reflects] on long-standing interest in the psychology of the repressed; nursery, misery and eternal nostalgia."

Related | These Dark, Angsty Puzzles Will Set You Back $800

"This season, I was really interested in funeral arrangement catalogues from the '60s and retro dental work," Levy told PAPER. "Musically, I was listening to this band called Les Rallizes Dénudés and a lot of obscure cold wave. I was also influenced by certain religious iconography and everything kind of came together as this new pastiche of romanticism."

He presented the film at Espace Niemeyer in Paris, where he showcased several of his abstract paintings alongside the new range. Composed of 12 looks, including a black zip-up jacket adorned with a swarm of pins; an oversized maroon v-neck sweater layered over a white button-down and paired with elongated, black trousers; and a statement leather blazer across from over-the-knee boots, the collection is built for the elevated anarchist.

"I start by assembling my references, books, records, VHS, etc," he explained of his design process. "I make paintings simultaneously and that's how I define my color palette. At the same time, I make graphics: Drawings, assemblage, collage, but mostly drawings. This process defines the graphic element and I create the ready-to-wear in-between. I make a drawing, hand it to my premier sewer then check on it and tweak until it's complete. I hang the finished pieces in a big empty room, and I just add and subtract until it feels right."