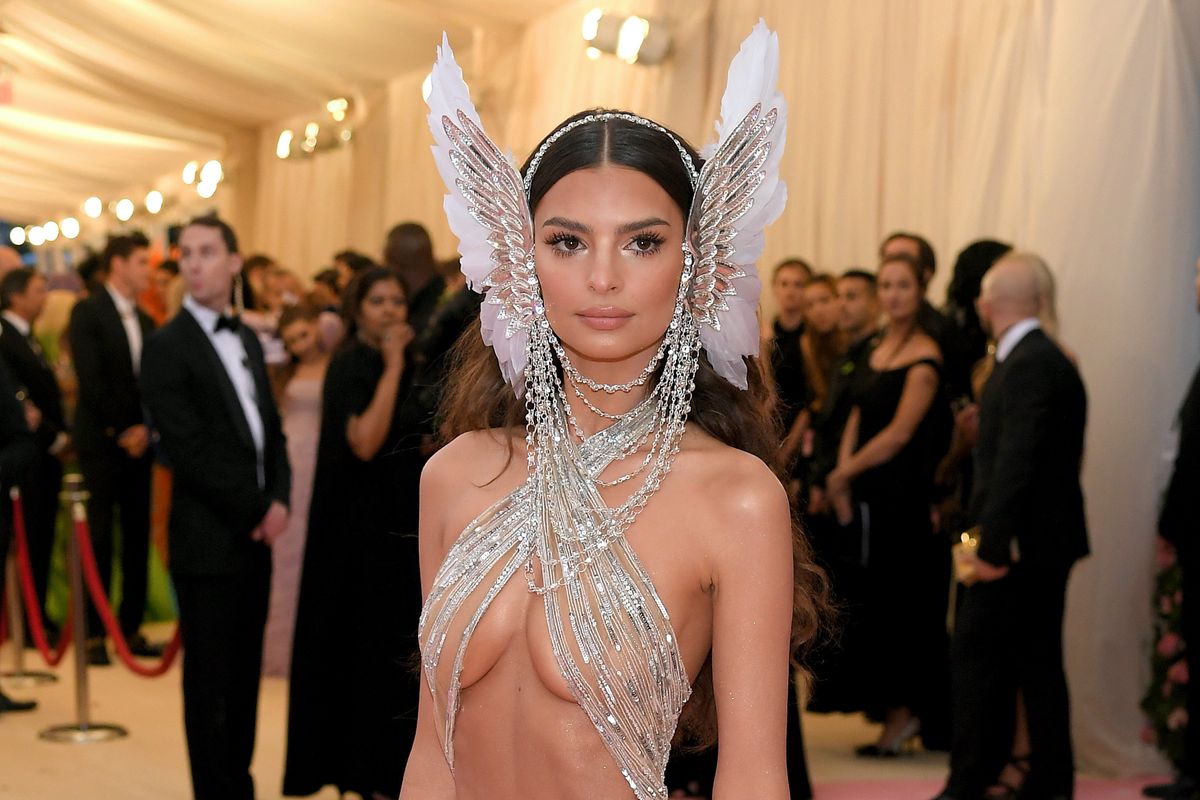 Emrata: I Was Made to Feel Ashamed for Playing With Sexiness

Model-influencer-actress-plus and PAPER cover star Emily Ratajkowski took to Harper's Bazaar to explore her relationship to femininity, alongside a luxurious shoot flaunting her armpit hair.

In the essay, Ratajkowski explains that although she loves feeling feminine and sexy, femininity is something she's had to reclaim from sexist connotations. She recounts one experience where she took offense to being described as "hyper-femme."

"Despite the countless experiences I've had in which I was made to feel extremely ashamed and, at times, even gross for playing with sexiness, it felt good to play with my feminine side then, and it still does now," she writes. "I like feeling sexy in the way that makes me, personally, feel sexy. Period."

She continues: "So why did I take offense at my friend's remark? What was negative about being called 'femme'? I realized then that my feeling was in part because of those countless experiences—experiences in which men and women had told me that if I dressed a certain way I wouldn't be taken seriously and could even be put in danger. A middle school teacher's comment, 'You can't expect anyone to respect you,' echoed through my head."

Emily Ratajkowski on Instagram: ““Give women the opportunity to be whatever they want and as multifaceted as they can be.” I wrote an essay for @harpersbazaarus about the…”

The essay condemns our culture's inability to take women who embrace femininity seriously. She points to how the media coverage of Ratajkowski's recent arrest while protesting the confirmation of Brett Kavanaugh to the Supreme Court focused on what she was wearing rather than what she was saying. "Why, as a culture, do we insist on separating smart and serious from sexy?" she writes.

Related | ALOK: 'Beauty Is All About Looking Like Yourself'

Ratajkowski says she's learned to take pride in her sexuality and femininity, but explains the source of her empowerment is choice, rather than femininity itself — for instance, her choice to not shave, as she didn't for her Harper's shoot.

Related | Fat and All That: Jameela Jamil Is Coming For Designers

"If I decide to shave my armpits or grow them out, that's up to me," she writes, continuing, "For me, body hair is another opportunity for women to exercise their ability to choose—a choice based on how they want to feel and their associations with having or not having body hair. On any given day, I tend to like to shave, but sometimes letting my body hair grow out is what makes me feel sexy. And there is no right answer, no choice that makes me more or less of a feminist, or even a "bad feminist," to borrow from Roxane Gay. As long as the decision is my choice, then it's the right choice."