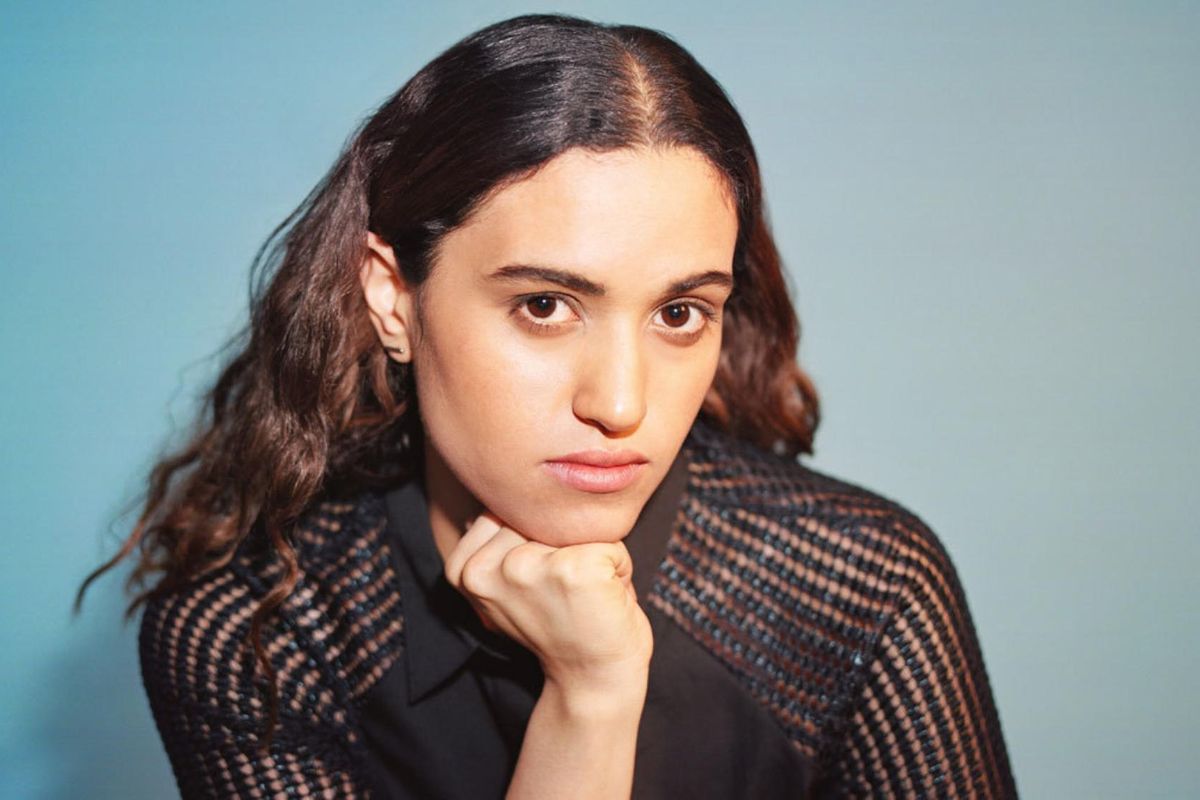 Empress Of Talks Entitlement and the First-Generation Experience

Earlier this week, avant-electronic artist Lorely Rodriguez (aka Empress Of) released the gorgeous, foliage-filled video for "Icon," a shimmering track that can only be described as a breath of fresh air. To be fair, most of her compositions can be described as such, as her standout vocals are really what ring clear against a backdrop of intricate drum patterns and tilt-a-whirl electronics -- all of which giving her music the sort of intimate, all-encompassing feel that is near-impossible to replicate.

As such, we knew we had to speak with the Honduran-American talent about her roots, writing technique and how these together played into the creation of her critically-acclaimed album Me, all while touching on the immigrant experience, entitlement and the intrinsic intimacy of her work. Read the full Q&A below.

So what do you want this album to represent? What makes up you?

It's so straightforward; it's called Me. The songs are personal little anecdotes about my life. I go through a lot of things that a lot of other people go through. Because of that, people come up to me saying they can really relate to the record because I share things that other people have experienced as well.

When I was listening to the record, what struck me was how clear the vocals were above the mixing. Was that a conscious decision? Was it reflective of this "me" idea?

During the writing process, do you put more emphasis on lyrics or beatmaking?

The way I do things is I kinda do everything at once. I think that's cool, because there's no separation. I'll add some drumbeats, and then I'll come up with some more lyrics, and then I'll be like "Cool, let's add some synth thing over the lyrics" and everything kind of just glues together. Nothing tips on the scale. To me, I made it. But I did spend a lot of time making sure the lyrics represented who I was.

As a fellow first-generation American, I'm interested to know about how your identity has affected your career.

I've always had a rough time connecting my home life to my school life; it was almost like a split personality. I was always very different from everyone else because my parents did not want to integrate into American culture, and they didn't really have to. They lived in L.A., and L.A. is like practically [Latin America]. There was such a huge community of Hondurans in L.A. that my mom didn't feel the need to integrate. That made it hard for me to relate, so I always felt like I needed to find something that was my own thing. That's why when I was thirteen and I first found Björk, I was like "This is so different!" This is so different from my mom blasting salsa and reggaeton in the house all day. It felt unique, and it felt like it was okay to sort of discover who you are -- and as a 13-year-old that is a lot of power. And I also liked it because it was just so different from what I was hear in my house, you know? As I get older, I just want to find ways to make everything melt [together] because I don't think it's healthy to separate yourself. That's why I write in Spanish because it's a way of not forgetting where I came from -- and also introducing my mom and my brothers to my world. They listen to my music and come out to my shows in L.A. and in doing that, they see the other people and artists I work with. My mom listens to Selena and Shakira, and [what I make is] not that kind of stuff.

So what's your take on reggaeton being super trendy now?

I think people like to dance. I think that's an important part of it. Providing dance music for the world.

You don't have any problem with that? With like Justin Bieber singing over reggaeton beats?

Oh no, I think that's sick.

My [immigrant] parents were originally unsupportive when I told them I wanted to pursue a more creative career path. What did your parents think? Have they softened up to the idea of this being your life's work?

My mom did not like this at first. She was like "No, absolutely not." She came here to provide a better future for her kids and she knew how hard it was gonna be for me. But at the end of the day you can't tell your kids not to pursue their dreams, you know? So she like just had to accept that I was going to do this.


I know there are a few songs on the album that really play with the idea of privilege and entitlement, and the gratuitous nature of things just by nature of being in America and whatnot. Does your identity play into these things and how?

Oh yeah. I wrote those songs because that's what I was going through. I had an experience like that -- being an artist living in New York, not being born super wealthy, being from a working-class family. It was fucking hard. One of my songs on the record, called "Standard," comes out of [seeing] how divided it is. There are almost moments of envy in there, like I wish I had it easy. But then there are moments of "I know what it means to work for what you want from almost nothing." Working extra hard for it, knowing that's what you want.

On a related note, the idea of "me" is very counter to a lot of core immigrant ideals that focus on the value of hard work and selflessness, even though focusing on yourself is great in the sense that you can grow and reflect on who you are. What do you think?

I think a lot of people don't prioritize themselves a lot. I am one of those people who fall into those traps of worrying about things I shouldn't really worry about, because at the end of the day you shouldn't be worried about weather other people think you're cool or worrying about your ex-boyfriend or worrying about what men think about you in an industry. Shit like that will only hold you back. And this record comes out of wanting to acknowledge that it's not really important.