The Emporio Armani Show Took Over a Literal Airport

Emporio Armani's spring 2019 show was called "Emporio Armani: Boarding." And so, appropriately, the label took over a hangar at the Milan Linate Airport. Guests even had to go through security. The TSA Instagram would have a field day!

The show took off (get it) with a pun: models walked out carrying surfboards. Because of boarding. Ha!

It was a massive collection, with more than 150 looks. The brand leaned into its identity, emblazoning sweaters and outerwear with a logo reading "The Original Emporio Armani," and they showed an EA Boarding capsule collection. Neons and sparkle were prevalent throughout, and all kinds of garments — trousers, trenches, blouses, dresses — were rendered in a lovely iridescent sheer fabric. In a nod to our current early-2000s revival, models wore scarves and piles of necklaces. There were, of course, fanny packs. 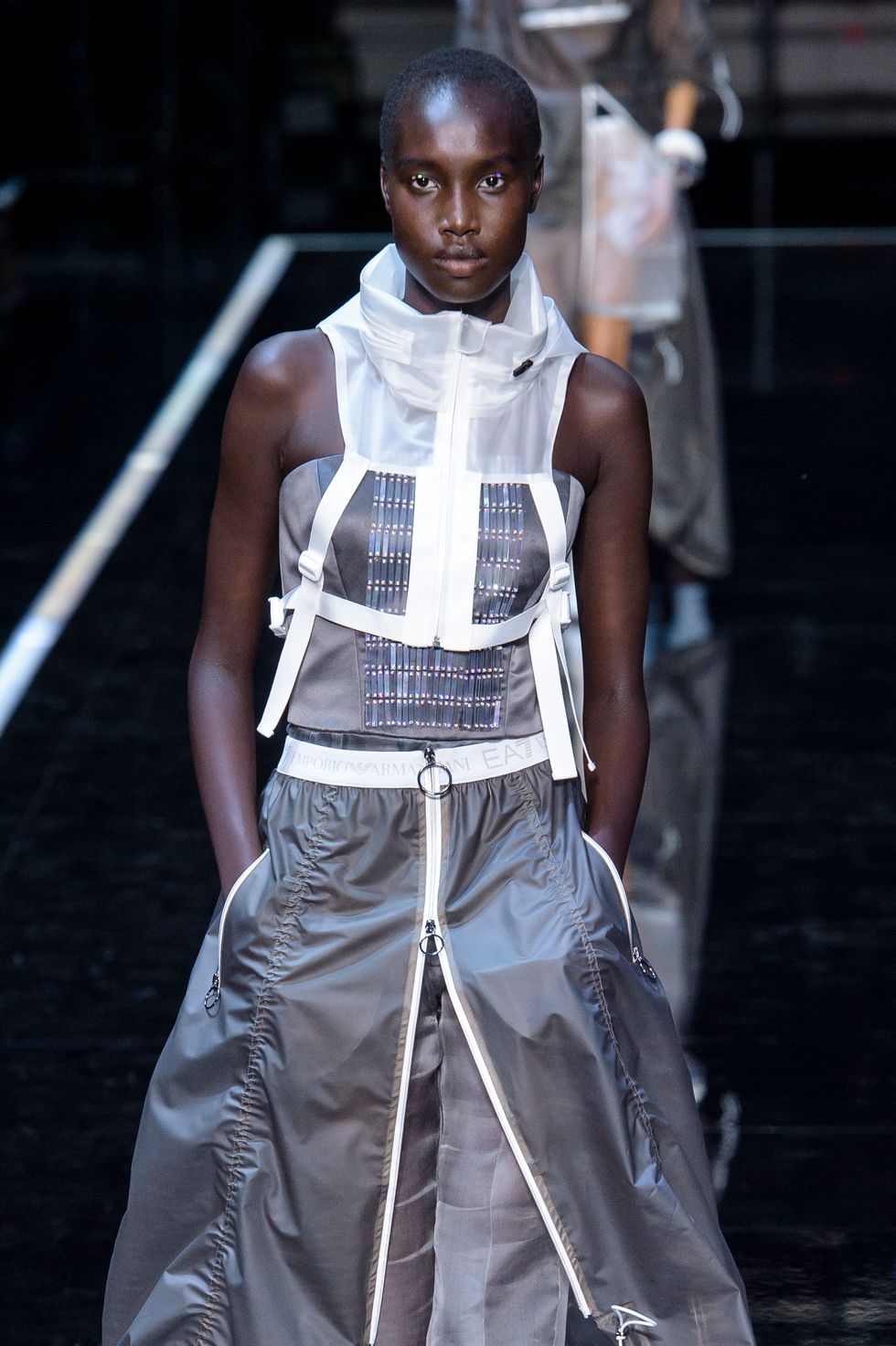 The show eventually segued into a surprise performance from British superstar Robbie Williams, who performed George Michael's "Freedom" in a glittering black kilt.