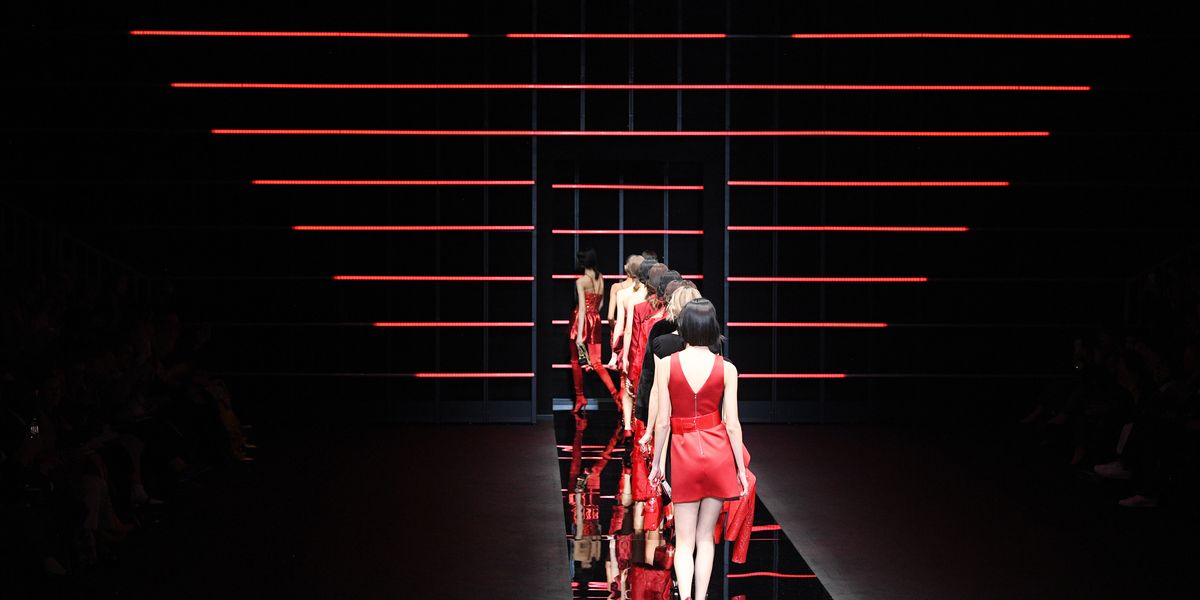 Giorgio Armani titled his fall 2019 show "Freestyle." Within the collection, there were tons of references to Armani signatures – ranging from suiting to casual pieces and couture-like embellishment. One thing was clear: this collection had a little bit (and more) of something for everyone. Here's everything else you need to know about the show.

The overwhelming spark of color within the collection was a red toned orange that came through in coats, robe-like dresses, blazers and pants. It warmed up the other looks, which were mostly rendered in neutral hues.

Adding in elements of casual dressing, Armani showed two examples of comfy puffers. One was white and supersized, another took on the opposite form and was cut like a vest in a navy blue hue.

Toward the end, a slew of red outfits were covered in crystals, sequins and metallic bits of fabric. They sparkled together on the runway, and paired with other layers of texture, each look had its own moment in the spotlight.

A good part of the collection came in wearable, solid black. By layering up pieces in shades of lighter and darker black along with a gray and white color palette, Armani created the ultimate winter wardrobe that could really be worn almost anywhere.