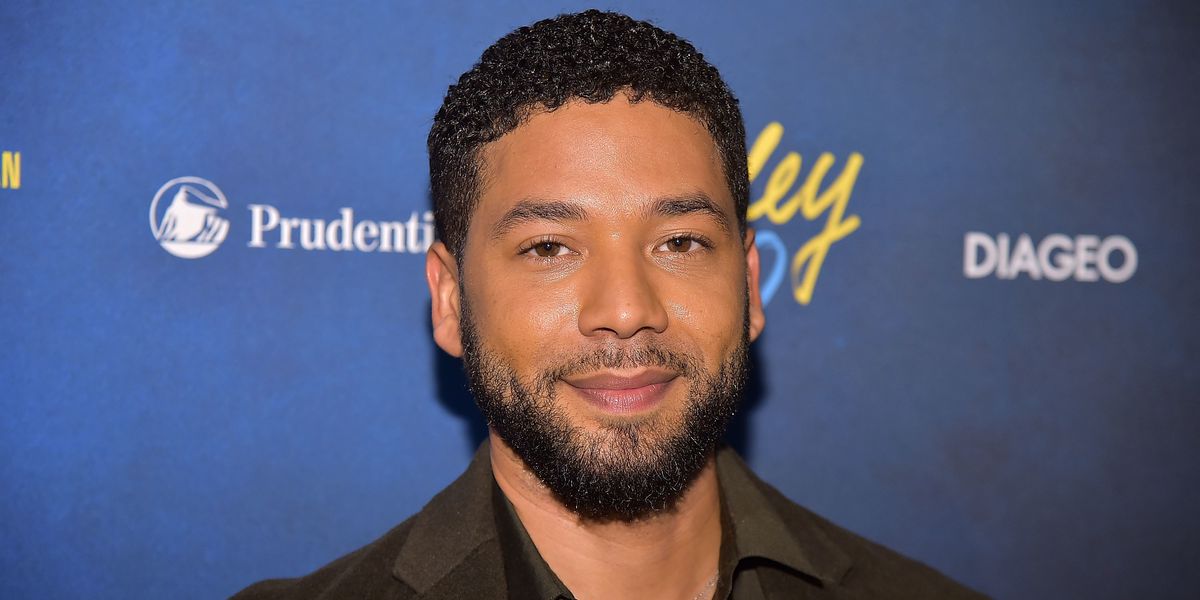 Empire actor Jussie Smollett was hospitalized this morning after allegedly being brutalized in a racist and homophobic attack in Chicago. TMZ reports that Smollett, who is openly gay and plays Jamal Lyon, a gay character on Empire, was on the subway at around 2:00 AM when an unknown man yelled, "Aren't you that f*ggot on Empire, n*gger?"

Two white men in ski masks then assaulted the 35-year-old, while yelling racial and homophobic slurs, as well as saying: "This is MAGA country." The assailants reportedly fractured Smollett's ribs, wrapped a noose of rope around his neck, and poured chemicals on him before fleeing the scene.

TMZ confirms that Smollett is now in good condition, and has been released from Northwestern Memorial Hospital where he was treated.

The attack is being investigated as a hate crime, according to USA Today. The Chicago Police Department released a statement today addressing "a cast member of the television show Empire," regarding "racially-charged assault and battery." They are currently seeking video footage of the attack.

Pop culture website That Grape Juice claims to have proof that the attack was premeditated. They've shared a photo of a letter allegedly sent to Smollett at Fox Studios in Chicago eight days ago that reads in cut-out letters: "You will die black fag."

Smollett is vocal about queer issues, and has been out since 2015 when he spoke about his sexuality in an interview on Ellen.

"While details are still developing, the hate violence Jussie Smollett experienced is reflective of what we see in our national data on hate violence...." the New York City Anti-Violence Project said in a statement. "LGBTQ people living at multiple intersections of oppression, such as racism and homophobia, experience compounded violence. This reality is what informs us to do our work holistically. Jussie is not alone. Gay Black men are some of the most vulnerable to violence in the LGBTQ community and this must continue to be addressed. Our work focuses to end and disrupt systemic violence that thousands of LGBTQ survivors face, while also working to support survivors in the aftermath of violence. Our deepest thoughts and commitment to this work is with Jussie and all survivors.

If you're experiencing anti-LGBTQ hate violence in the Chicago area, reach out to local NCAVP partner Center on Halsted Anti-Violence Project at (773) 472-6469, Ext. 474. For incidents across the nation, find your local NCAVP partner at avp.org/ncavp."

Members of the Black and queer communities are sharing their support online, and emphasizing the need to address that Smollett's attack was an act of both racist and homophobic violence.

I just hope there is justice in this hateful and targeted act of violence. Sending @jussiesmollett my love and wish… https://t.co/3x3VANOMN5
— Zendaya (@Zendaya)1548788670.0

I am so angered and saddened. I cannot form the right words. I weep at this monstrous display hatred and racism.… https://t.co/HwWtEezv3K
— Candice Patton (@Candice Patton)1548784950.0

Anyone trying to ignore the fact that Jussie Smollett is BOTH Black & gay need to sit down. This was a racially-mo… https://t.co/zfuxZb0Q2v
— Ernest Owens (@Ernest Owens)1548781553.0