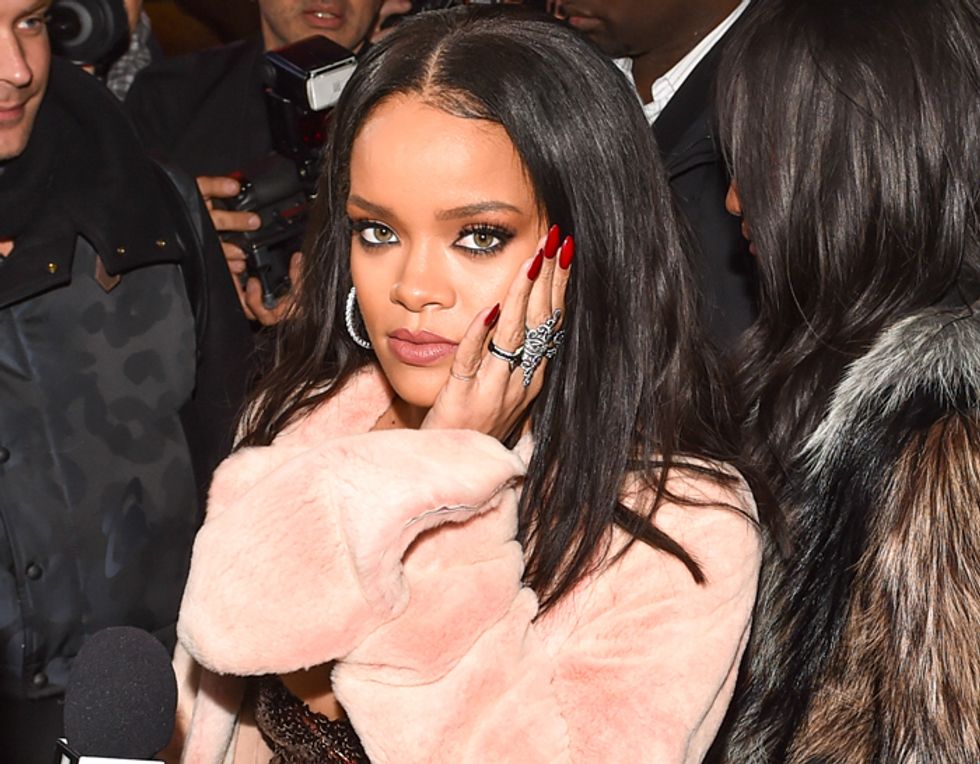 by Gabby Bess
PAPERMAG
Photo via Billy Farrell/BFAnyc.com
Our foremost bad gal is finally getting the royal documentary treatment she deserves. Deadline reports that filmmaker Peter Berg will produce a feature length documentary that focuses on Rihanna's ascent from milquetoast pop singer to full-on superstar. The film is said to be an "unfiltered" look at Rihanna's life in the style of the 1967 Bob Dylan documentary, Dont Look Back. Unlike Justin Bieber's Never Say Never or Katy Perry's Part of Me, Berg told Deadline that the Rihanna doc will be "much more a character study than a music film." (If Berg needs any consulting, we've already done some thorough research.) This will be one of the first projects out from Peter Berg's new production company, Film 45. Hopefully a brooding Drake documentary is up next.