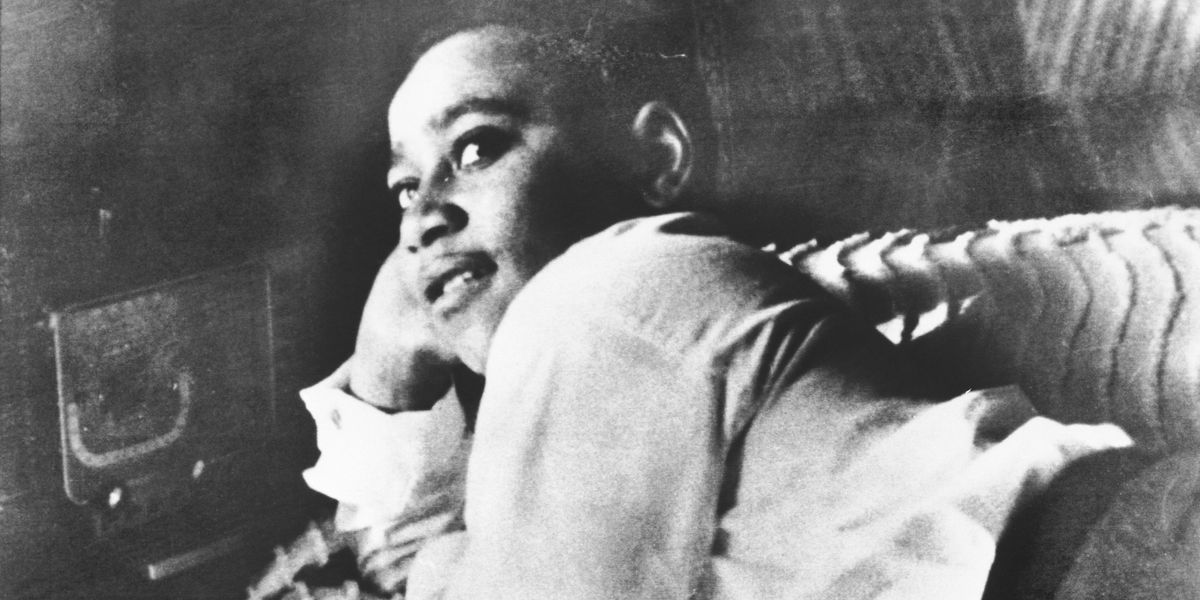 In a historic move, the Department of Justice has announced it will reopen the case of the 1955 murder of Emmett Till. Till's murder remains one of the starkest examples of racial hatred in America, and his vicious murder and the subsequent acquittal of his killers became a turning point in the Civil Rights movement.

Till was just 14-years-old when he traveled from his native Chicago to Mississippi to visit relatives. 21-year-old Carolyn Bryant, a white woman, accused Till of making a pass at her at the small-town grocery store she and her husband owned. In the middle of the night, Bryant's husband, Roy Bryant, and his half-brother J.W. Milam, kidnapped Till from his bed, beat him, tortured him and threw his body in the Tallahatchie River with the fan of a cotton gin tied to his neck with barbed wire to weigh him down.

Till's mother bravely chose to hold an open-casket funeral for her son, and images of his mutilated, unrecognizable face were transmitted around the world, "reigniting a widespread passion for the Civil Rights Movement."

He had been mutilated, and his mother's decision to hold an open-casket funeral with his unrecognizable face on full display was instrumental in drawing attention to his case and has been credited with "reigniting a widespread passion for the Civil Rights Movement." The reopening of her son's murder case comes 15 years too late for Mamie Till — who became active in the civil-rights movement following his death — she died in 2003.

Both Bryant and Milam were acquitted weeks after murdering Till, after a jury deliberated for just one hour. Both men admitted in a later magazine interview to murdering Till, but they were never retried

Weeks after murdering Till, Roy Bryant and Milam were acquitted after a jury deliberation that lasted just one hour. The two men later admitted in a magazine interview to killing Till, but were never retried. The DOJ said it decided to reopen the case after "receiving new information" in a report to Congress, though it didn't specify further. The Washington Post, however, reports that the key detail was actually released in historian Timothy Tyson's 2017 book, The Blood of Emmett Till. In an interview in the book, Carolyn Bryant admitted that she lied about Till making a move on her.

Roy Bryant, Carolyn Bryant, J.W. Milam and his wife celebrate after the men were acquitted for Till's murder.

"That part's not true," she said. "Nothing that boy did could ever justify what happened to him."

At the murder trial, Bryant testified that Till, or grabbed her by the hand and said to her, "How about a date, baby?" She said she pulled away, but Till grabbed her by the waist and said, "What's the matter, baby? Can't you take it?" followed by obscenities she said she would not repeat in court.

Bryant, now Carolyn Donham, is in her 80s and currently lives in North Carolina. When the Associated Press went to her house to talk about the case being reopened, a man opened the door and said, "We don't want to talk to you."

Mamie Till, who became involved in civil rights following her son's death, died in 2003.

It's not clear what new charges the federal government would be able to bring in Till's murder. Both Roy Bryant and Milam are dead, and thought Donham appears to have admitted to perjury, that statute of limitations on that crime has passed, New York Magazine reports.

No matter what, Donham's admission and the renewed attention on the case are reminders of how the violent past America tries to distance itself from (or return to, in the case of MAGA), is really not so far past at all, given that some of its key players are still alive and the consequences of its major moments continue to reverberate today. White women continue to call harassment and potential violence upon black people everyday.