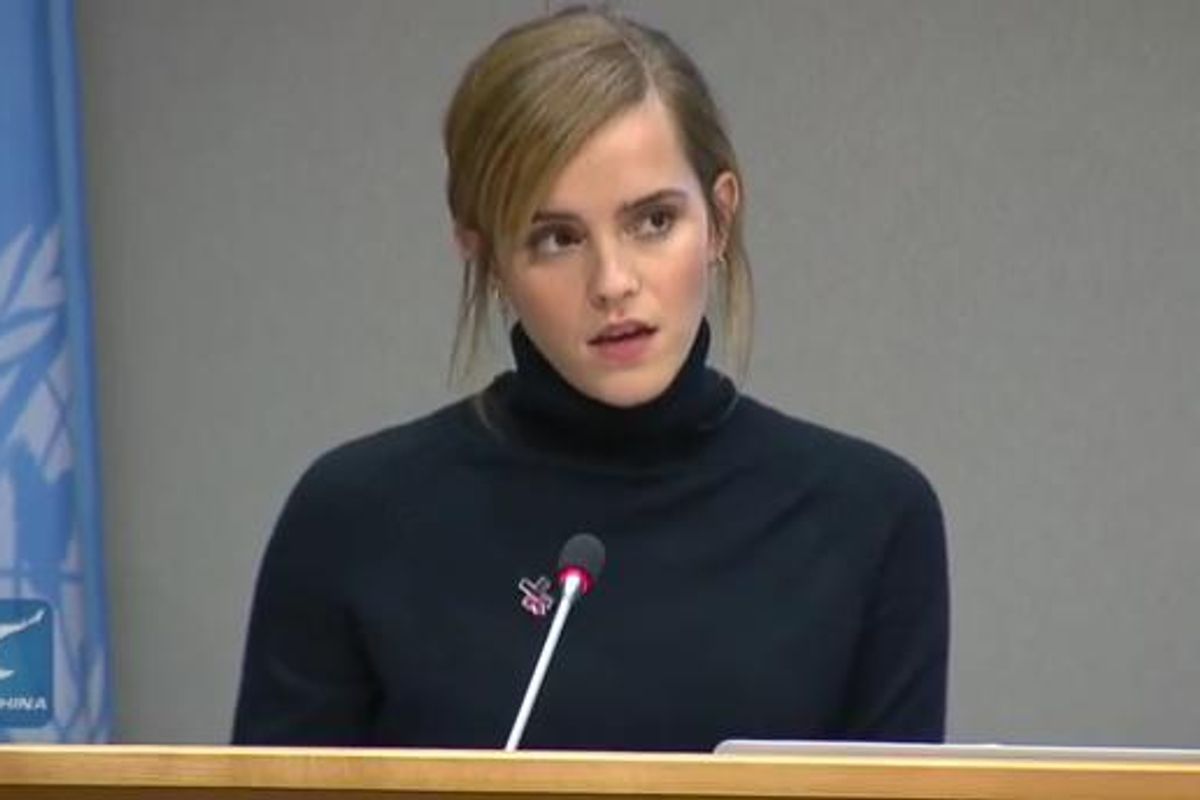 Over the last two years, Emma Watson has served as the Women Goodwill Ambassador for the UN's #HeforShe campaign, which works to engage men and boys with the fight for gender equality. She spoke with bell hooks about her involvement with the campaign, and how she thinks it's important to speak to diverse audiences about women's rights, saying,

Her latest speech, delivered on Tuesday, shared a HeforShe report on gender equality in global university, in which 10 universities around the world laid out concrete plans for ways in which they will work towards achieving gender parity at their institutions. Watson also addressed the issue of violence and sexual assault on college campuses, and the role that universities must play in keeping students safe and in encouraging marginalized groups to lead.

She said, "The [university] experience must make it clear that the safety of women, minorities, and anyone who may be vulnerable, is a right and not a privilege. A right that will be respected by a community that believes and supports survivors, and that recognizes that when one person's safety is violated, everyone feels their own safety violated."

At a time when rapists like Brock Turner receive unbelievably short sentences, and are spoken about in terms of their potential, rather than in terms of the violence they have inflicted upon women, Watson's words are especially poignant and relevant.