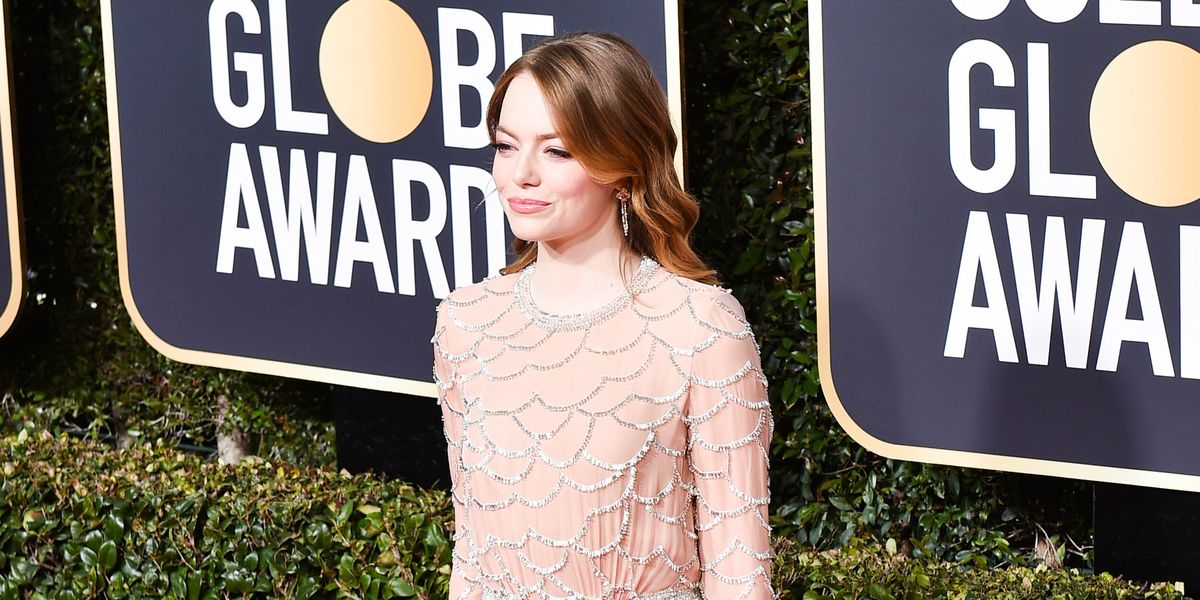 You may or may not know that Emma Stone once played a part-Asian character named Allison Ng, in a flopped romantic comedy called Aloha. Ng is a part-Hawaiian, part-Chinese Air Force pilot whose "wide-eyed fascination with space," according to Wikipedia, reminds the protagonist, a disillusioned military officer played by Bradley Cooper, "of his own childhood sense of wonder."

You'd be forgiven if you did not know this information until last night, when Emma Stone issued an informal, belated apology for participating in the 2015 film's whitewashing by screaming "SORRY!" as Sandra Oh made a crack about whitewashing in her opening monologue at the Golden Globes.

Oh was in the middle of a joke about how Crazy Rich Asians "is the first studio film with an Asian-American lead since Ghost in the Shell and Aloha," when a throaty, muffled voice that sounds like Emma Stone can be heard calling out "I'm sorry!"

Stone later confirmed with the Los Angeles Times that, indeed, the yell was her: "It wasn't like I planned it, but I did say it."

Thankfully, it wasn't the first time Stone has addressed Aloha's whitewashing. When the film came out, she told Australian outlet News.com.au, "I've become the butt of many jokes… I've learned on a macro level about the insane history of whitewashing in Hollywood and how prevalent the problem truly is. It's ignited a conversation that's very important."

Aloha director Cameron Crow also addressed the controversy in an apologetic blog post, stating: "I have heard your words and your disappointment, and I offer you a heart-felt apology to all who felt this was an odd or misguided casting choice." However, he also called the film "misunderstood," describes how he did employ Asian-American, Native-Hawaiian and Pacific-Islanders, and appears to defend the casting choice by point out that Stone's character was white-passing.

At least Stone's impromptu "Sorry!" at the ceremony is less waffling than that. But next time, Emma? Maybe wait till the person of color you're apologizing to for a racist blunder is done addressing 20 million people on live television. Or just never do it again. Also stop making movies with Woody Allen! Thanks.