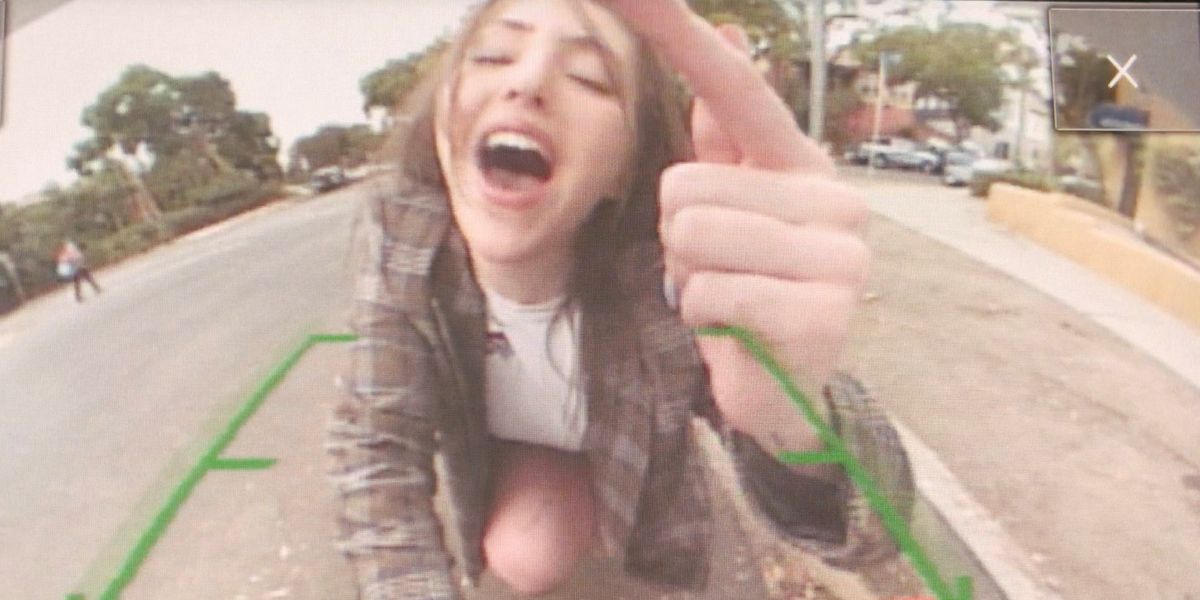 It may have taken a pandemic for Emma Rena to finally put out music, but now that she has, the self-described alternative R&B singer-songwriter is showing no signs of slowing down. After a string of independent releases that have garnered her some buzz — "God Says Joke's on You," "Armageddon" and "Roxanne" — Rena's fourth single, "Sidebar," arrives today with an accompanying music video, premiering on PAPER.

"Sidebar" began with a chord loop and guitar melody by Jacob.but.happy and Micah Jasper, who's worked with Rena on her last three songs. Then she got busy with its lyrics. "I do this thing called 'word vomit singing' when I write," she says. "And then I'll just finish the sentence so it makes sense. I think a lot of it is my subconscious, but that's how ['Sidebar'] came about: Went home, filled out the words, singing the melody. It was a pretty quick song to write."

Rena's soulful voice on "Sidebar" is addictive, as she smoothly alternates between softer tones on the verses to higher, piercing notes on the chorus. The breezy, new track follows the effortlessness of Rena's previous singles, but this one's elevated by groovy synths — like an even more syrupy, chilled out "Party" by Beyoncé and Andre 3000.

Rena's been closely involved in the direction for all her visuals, with their stripped-down, lo-fi treatments that seem to reflect our apocalyptic world in isolation. In "God Says Joke's On You," the musician crouches in a wooded field for the entire hazy clip, and in "Armageddon," she's shown biking alone on an empty road — nothing more, nothing less.

The idea for Rena's "Sidebar" music video came by accident. "A couple weeks ago my friend was over and I was like, 'Let's just take pictures in my rearview camera,'" she says, "because I felt like doing something different and it looked kind of dope." Rena then thought about shooting her single artwork in the rearview, until her friend suggested making an entire video from that perspective. After 20 minutes, they had their shot.

Rena didn't pick up music accidentally — she was genetically predisposed to become a musician, surrounded by a grandmother who was a concert pianist, a father who plays the bass, and a cousin who's scored films like A Nightmare on Elm Street and Kill Bill. Rena started taking classical piano lessons at age six and played competitively throughout high school. And she was always singing. "Singing was always my favorite thing to do," she says, "and I was trying to find ways to be able to do that."

After posting videos on YouTube, Rena was eventually discovered by a producer who flew her to Los Angeles so she could sign to a major label. By the time that deal fell through, she had completely moved to LA and began messaging people to find work. "I basically made a list of people I wanted to work with and started DMing them on Instagram," she says, "which is kind of sus because meeting people off the internet is uncomfortable. But that's literally how I started meeting different people and producers, and working with people."

After spending the last five years working as a songwriter — and even garnering a writing credit on a Grammy-nominated album — Rena finally decided to put out her own material after COVID-19 swept across the world. The situation made Renea realize she needed to put something out, so she did without much thought. "I just put it out and I was like, 'Well, I hope someone hears it,'" she says. "I had zero plan."

Since then, Rena's been consistently releasing new material with the help of a recording setup in her home that's made it easier to be creative during lockdown. "[The lockdown] just made music the main priority," she says. "I feel like we're all having an existential crisis, so that makes you look inwards and focus on what is important to you. And that to me is making music."

As for what Rena has in store next, she says we'll have to wait until after the holidays for more new music. She's planning on releasing her debut EP, but is planning to build up to that with care, just like she's been handling her single releases over the summer. In the meantime, check out "Sidebar," below.